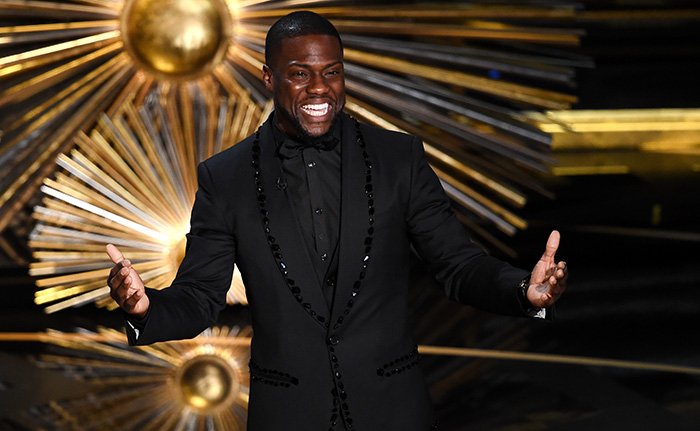 Actor and comedian Kevin Hart has been officially announced as the host of the 91st Academy Awards, due to be presented next year.

In a post on his Instagram, Hart wrote a lengthy and humble statement to declare the news, saying: “For years I have been asked if I would ever host the Oscars and my answer was always the same… I said that it would be the opportunity of a lifetime for me as a comedian and that it will happen when it’s suppose to. I am so happy to say that the day has finally come for me to host the Oscars.

“I am blown away simply because this has been a goal on my list for a long time… To be able to join the legendary list of hosts that have graced that stage is unbelievable. I know my Mom is smiling from ear to ear right now. I want to thank my family/friends/fans for supporting me & riding with me all this time… I will be sure to make this year’s Oscars a special one. I appreciate @TheAcademy for the opportunity… now it’s time to rise to the occasion #Oscars”

The 2019 Academy Awards are due to air on the 24th of February. Nominations are scheduled to be announced on the 22nd of January.