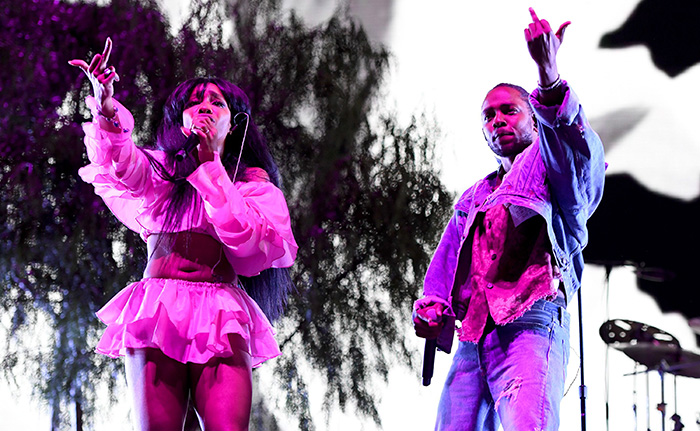 After much to-ing and fro-ing, sources close to the academy have confirmed to press that hip hop legend Kendrick Lamar will not perform his Oscar-nominated hit All the Stars with SZA on the live telecast.

Those same sources have said that the situation comes down to a clashing of logistics and timing. Indeed, Lamar was also a no-show at the Grammys this year.

The song, which featured in the end-credits of Best Picture nominee Black Panther, will reportedly not be performed by another act. Meanwhile, the other four nominees for Best Original Song – When a Cowboy Trades His Spurs for Wings from The Ballad of Buster Scruggs (Gillian Welch and David Rowlings), The Place Where Lost Things Go from Mary Poppins Returns (Bette Midler and Marc Shaiman), I’ll Fight from RBG (Jennifer Hudson) and Shallow from A Star Is Born (Lady Gaga and Bradley Cooper) – will all be performed by their respective artists.

Ironically, the original plan for the Oscars had been to only feature performances from two of the nominees; Shallow, and All the Stars. That idea was swiftly scrapped following solidarity and backlash from the candidates.

The 91st Academy Awards will be screened live from the Dolby Theatre in Hollywood on the 24th of February US time, and early on the 25th for those in the UK.