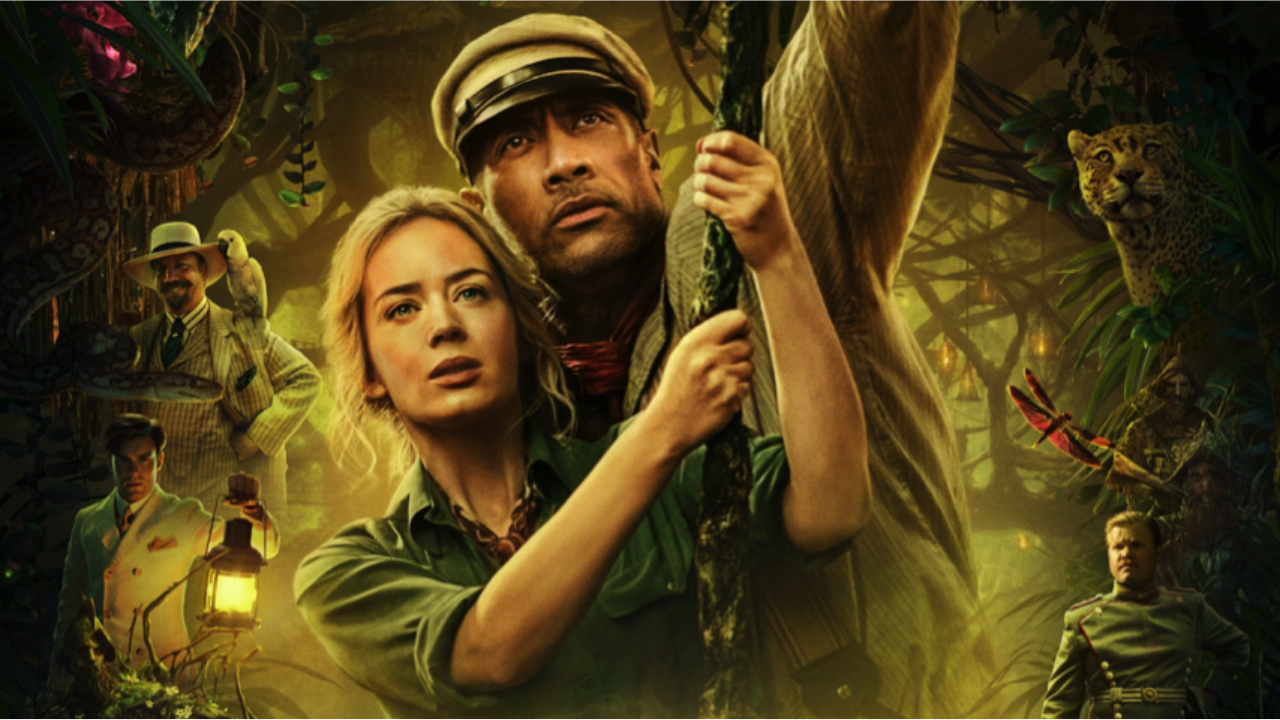 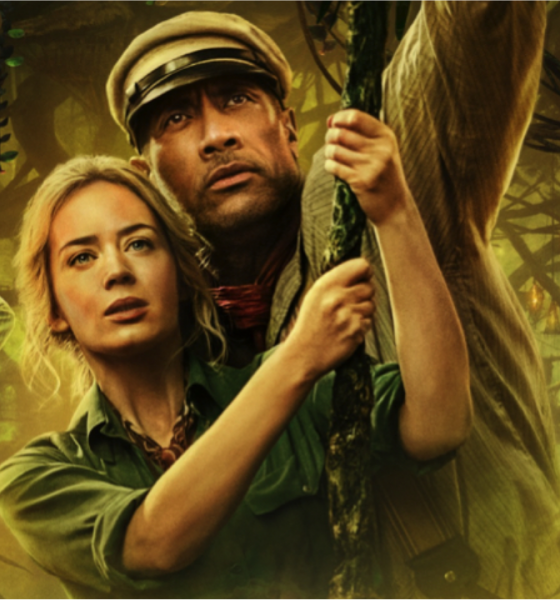 Released: 30th of July and via Home Premiere on Disney+

The history of Disney Parks attraction adaptations has been a patchy one thus far, to say the least. For every Pirates of the Caribbean or Tomorrowland (yes, Tomorrowland is a very good film), there has been a Haunted Mansion, a Tower of Terror, a *shudders* Mission to Mars. Considering the House of Mouse has such a rich lineage of rides that feel cinematic and spectacular to call upon, and that their theme parks rake in $20+ billion annually – proving the appetite is insatiable for all things Disneyana, it has been befuddling, to say the least, to see the results thrown up on screen fall wide of the mark more often than not. With the release of Jaume Collet-Serra’s Jungle Cruise, however, an intoxicatingly fun, delightfully silly, and gorgeously irreverent throwback to the likes of Disney’s own Pirates of the Caribbean and nostalgic swashbucklers such as Romancing the Stone and The Mummy, park fans and film lovers alike have finally been given a big-screen experience to remember.

First things first, it is useful if not absolutely essential to know a little about the ride to which Jungle Cruise owes its name. Inspired loosely by John Huston’s The African Queen and largely by Walt Disney’s love of nature and True Life documentaries, the Jungle Cruise opened at Anaheim’s Disneyland in 1955. On the ride, a skipper armed with awful puns takes tourists on a leisurely jaunt around four of the world’s great rivers: the Nile of Africa, the Amazon of South America, the Irrawaddy of Southeast Asia, and the Ganges of India. The ride’s fun-for-all-ages brand of irreverent humour, intentionally shoddy animatronics, immersive exotic theming, and a joke about the ‘backside of water’ are legendary amongst Disney Parks enthusiasts, and the attraction’s enduring appeal has seen it pop up at Disney World, as well as both Shanghai and Hong Kong’s respective Disneylands. The Disney+ series Behind the Attraction would make well-recommended viewing before watching Collet-Serra’s film.

For Jungle Cruise’s transition from the park scene to the multiplex, writers Glenn Ficarra and John Requa have done a superb job of taking the spirit of the ride and building around it an all-encompassing love story and classic adventuring caper that all comers can get on board with. Collet-Serra’s film begins in London at the height of the First World War. When researcher Dr. Lily Houghton (Emily Blunt) steals an ancient arrowhead that may hold the key to uncovering a mythical tree of life from the Royal Society, the intrepid archaeological explorer and her jittery gentleman brother MacGregor (Jack Whitehall) head out to the Amazon, followed closely by the villainous pea-eating Prince Joachim (Jesse Plemons).

When the two Brits arrive in the Amazon – here a blend of Hawaii, Atlanta, and some truly stunning sets accompanied by some truly suspect CGI – they find themselves in need of a skipper who can take them into the heart of the jungle to find the elusive Tears of the Moon, a flower that purportedly holds the power to cure all ills. Enter Skipper Frank Wolff (Dwayne Johnson – also the film’s producer). When we meet Frank, he’s spending his days guiding out feckless tourists on a jungle cruise ripped straight from the Disney parks playbook, spooking his rapt audience with cruddy animatronics while regaling them with the kind of dad jokes that this new father found himself frantically jotting down when I should have been taking notes. There’s definitely a boulder-shouldered Bogey about Johnson as the scampish Skipper, and the action star’s electrifying charisma carries over well to a character who we meet as he’s ripping off customers and evading overdue payments to Pau Giamatti’s rival riverboat tour operator Nilo.

When fate – and Frank and Lily’s aversion to playing by the rules – brings the researcher, the skipper, and the sidekick comic relief brother together, a big boom-bang encounter with Nilo and the earlier seen Prince Joachim sends the trio on what promises to be an unforgettable journey. Over the two hours which follow, which honestly flies by in a haze of snippy quips, burgeoning romance, dynamic action set pieces, and lore-laden storytelling (as well as a genuinely blindsiding mid-film twist that left me a little agog and a lot aghast), the beloved Disneyland staple is fleshed out and given tentpole attention to become the most refreshing and exciting blockbuster of its kind since the first Pirates film came out almost 20 years ago.

What makes Jungle Cruise work so well is its deft manoeuvring and juggling of its many parts and sources of inspiration. Whilst it takes its core character dynamic from the Brendan Fraser Mummy films, its ‘city girl meets rogue adventurer’ schtick from Romancing the Stone. Its overall aesthetic and musical quality from Drew Struzan posters and John Williams orchestrations, the film doesn’t feel derivative so much as steeped in a kind of cinema that big studios simply don’t seem to have the desire to back anymore. Here we are given a big gooey love story that is also a genre film that is also a swashbuckler that is decidedly not a franchise-starter which still feels like an event to watch.

Collet-Serra’s horror leanings as a filmmaker balance the film’s sepia gloss of nostalgia with a shadow-filled, biting sensibility that recalls monkey brains and snafu ant feasts of yore; the presence of Edgar Ramírez’ ghoulish Aguirre and his band of supernatural conquistadors really push the film’s PG rating in inventive and genuinely quite gruesome ways. Johnson and Blunt’s repartee, almost wholly based in ‘Skippy’ and ‘Pants’ name-calling and terribly timed puns, is unashamedly cheesy but also is bolstered by two stars who know exactly what they signed up to and relish in every saccharine second shared together – what Johnson poses in smoulder, Blunt matches in Golden Age evocative charm and feisty spirit. Elsewhere, we also get a scene-stealing Jesse Plemons to enjoy, channelling Werner Herzog as a European prince who argues with bees, eats peas psychopathically off the back of a fork, and sports a shade of purple that makes him look like a quality street come to life.

Admittedly, Jungle Cruise isn’t a perfect film by any stretch. It’s low-hanging fruit, to say it, but the CG really does show itself up in places as snaked-up vengeful Conquistadors and piranhas rear their heads, and sections of our voyage lose themselves in a murk of computer-generated mulch. Also, whilst there is a genuinely quite touching scene that alludes to MacGregor’s sexuality that feels noticeably less gestural and erasable than earlier DISNEY GAY moments – which al surprisingly tolerable Jack Whitehall plays understatedly – the seeming spontaneity of the scene and its lack of context in relation to the scenes directly before and after feel very much tailored for easy excision in less tolerant territories. For those that do get to see it though, ‘To Elsewhere’ may become their ‘If you’re a bird I’m a bird’ – regardless, there’s still a way to go yet before Disney reaches the level of representation it praises itself for boasting. It also feels prudent, if obvious, to state that viewers’ investment will invariably be affected by prior knowledge of the Jungle Cruise ride – you don’t need to know it to enjoy this film. Still, if you do, then the myriad nods to Marc Davis and the Imagineers’ work, the fantastic modernist revision of the outdated character of Trader Sam, and the heavy punnage will bring joy to your heart for sure.

With an original story to tell, a plethora of classically inspired and contemporarily executed ways to tell it, and a starry cast all at peak shine, Jungle Cruise really hits the sweet spot for those of us who hanker for the huge heart-on-sleeve adventures we grew up with or inherited from our folks. Jaume Collet-Serra has made something here that, fittingly given its originating ride, feels destined to enchant audiences young and old for years to come. Water great film! Haunted Mansion redux next, please.