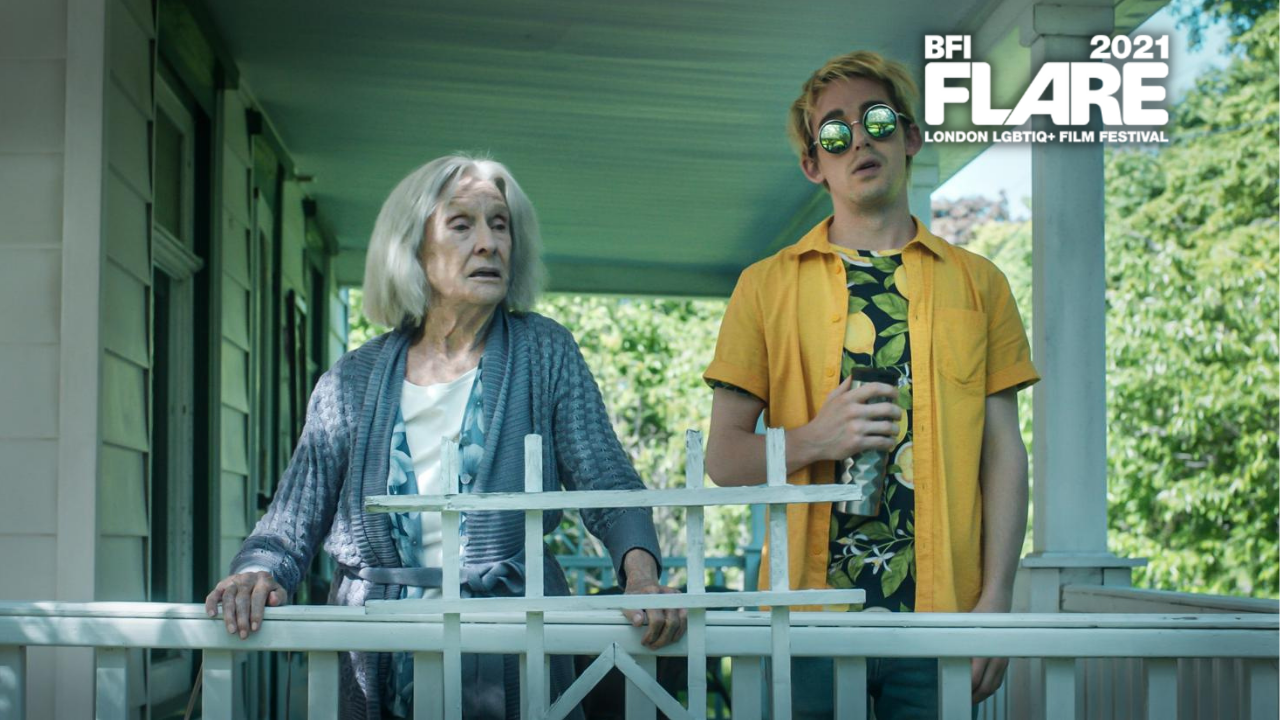 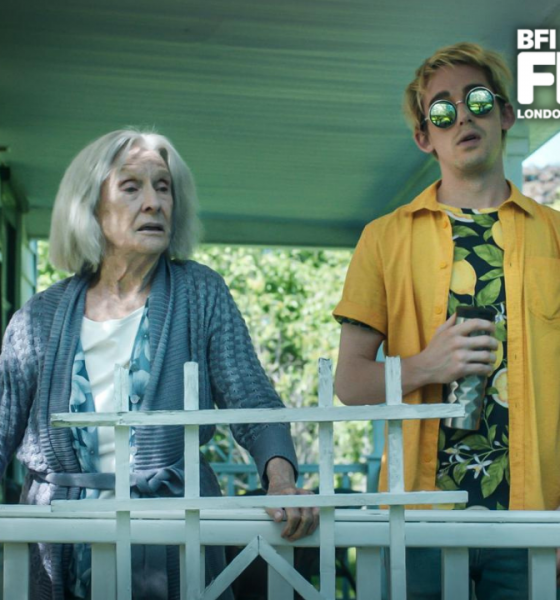 Growing up in the Nineties on the To Wong Foo, Thanks For Everything Julie Newmar’s and The Birdcage’s of this world. Welcome cinematic sights for my inquisitive younger self, who always suspected he was a little different to those around him but inevitably didn’t have the emotional maturity to express the feelings forming inside. Fast forward to 2021, and the glorious world of drag has exploded into the mainstream, which has warmed my little openly gay heart, with a greater volume of people rightfully recognising it as a credible and cathartic art form alongside its undeniable entertainment value.

A sharp-tongued grandmother clinging to a sense of control in how she spends her final years. An aspirational grandson looking to take back control of his chosen career path. Inspired by his own experiences as a burgeoning filmmaker well versed in the drag lifestyle and a fitting tribute to the brilliant battle axe that was its late, leading lady Cloris Leachman, Phil Connell’s Jump, Darling solidifies that no matter the stage you are at in life, that lust to seize the moment whilst we’re here will never die.

Becoming despondent as his Hollywood acting dreams increasingly dim, leaving the relationship with his critical law firm boyfriend in tatters, who is hardly shy in pouring scorn on his desired alternative. Rookie drag queen Russell, played by Thomas Duplessie (stage name Fishy Falters), has talent in abundance, so much that he wouldn’t look out of place in a certain house showcased in ‘Pose’. Eager to block out the criticism, he escapes to Prince Edward Country in Ontario and is left startled by the steep decline in Margaret’s health (Leachman).

Far from the prowling SOB, she initially paints him to be, in a clear indicator of her increasingly forgetful nature. Russell feels compelled to stay, fighting her corner in a last-ditch bid to stave off the calls to be placed in a nursing home by his mother, Ene (Linda Kash). Not to rest on his laurels creatively, he seeks refuge in a local gay bar that sparks powerhouse performances and a complex dynamic with a broad-shouldered barman. But in a place that seems so at odds with his ideals, especially in comparison with his dream destination. Can it truly satisfy Russell whilst remaining devoted to his grandmother?

The visual palette adopted by Connell encapsulates the feelings of these two characters perfectly. Deliberately dingy within the confines of the home, with Russell’s revving up of a beloved car mirroring the haze he and Margaret are both currently lost in. Bursting into exquisite technicolour when tasked with showcasing Russell in full drag and the many facets of their alter ego, storming their way through killer lip-syncs set to the sounds of Robyn’s Indestructible and Rough Trade’s High School Confidential, that would be worthy of a ‘Shantay, You Stay!’ on an episode of RuPaul’s Drag Race. The film goes out of its way to further legitimise drag and reduce the stigma that even remains within the LGBTQIA+ community itself, which can still be frustratingly fragile and reductive in its idea of masculinity, reinforced by the early reluctance from Russell to declare his drag ambitions to his mother.

Bonding over a particularly sweet figure-skating story. There is certainly nothing cold about its central partnership, generating pure warmth from the start. An ally to the very end, Cloris Leachman’s leading role of Margaret is full of defiance and biting ‘shade’ which you lap up in sheer admiration of her talent, with her underlying vulnerability in the emerging face of loss beautifully articulated. It’s her refusal to further burden Russell’s young shoulders with such responsibility that adds a healthy layer of poignancy to an already impactful showing from co-star Thomas Duplessie, who is a force of nature as he looks to establish himself.

Also featuring a track from the heavenly London Grammar. It seems fitting to quote one of their album titles because of Russell and Margaret’s character arcs here. Jump Darling is gorgeous proof that living your ‘Truth Is A Beautiful Thing’.