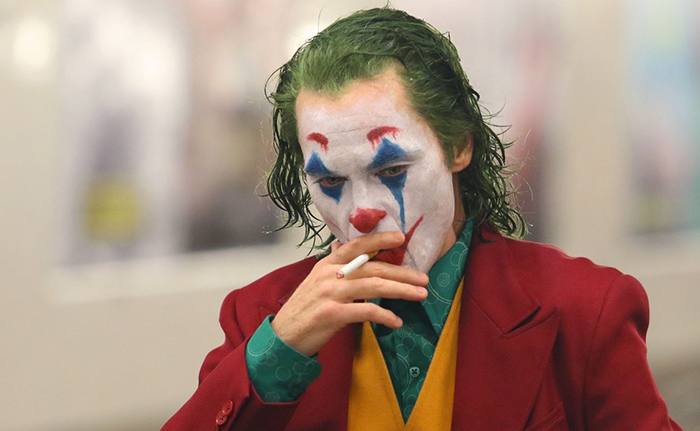 Extras on set of director Todd Phillips’ forthcoming Joker movie were reportedly denied breaks after two hours of work, and were locked in to subway cars for over three hours.

The extras banged on the windows and doors, but were ultimately ignored – forcing some to urinate on to the tracks through the small gaps between cars. One of the extras filed a complaint with acting union SAG-AFTRA, and sources have since confirmed that SAG-AFTRA received a notice of concern, and dispatched a representative to resolve matters.

Joker will be a gritty, 70s-style crime thriller, that will act as an origin for the clown prince of crime. Joaquin Phoenix will portray the titular villain.

Batman will not appear in the feature, despite being an integral part of the character’s development. The origin that is set to be given to the Joker is that of a failed comedian who suffers a series of humiliations and set-backs, and whom eventually snaps. This decision is, of course, at odds with the usual approach creators take to the character; with many refusing to give the Joker any kind of single, definitive origin in order to preserve his mystique, and to further solidify the inherent terror of the character – he could be anyone, and even you could be one bad day away from him. As the character himself says in Alan Moore’s classic work The Killing Joke: “If I’m going to have a past, I prefer it to be multiple choice!”

The film is currently pencilled in for an October 4th, 2019 release.