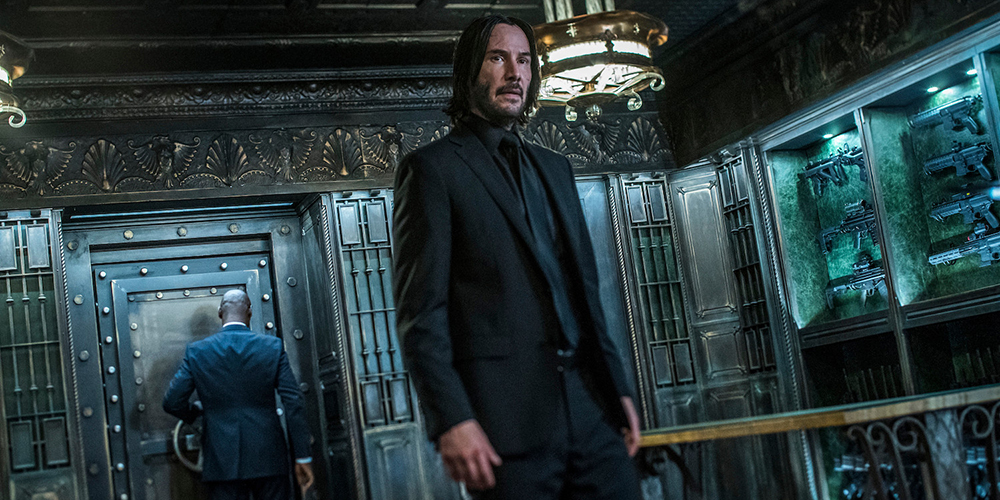 Give ‘em their due – the makers of John Wick learnt precisely the right lesson from following up the action breakout hit of 2014 with a convoluted and mythology-driven – though still impressive – sequel. Their latest offering: not only a return to form, but one that stands among giants in the pantheon of threequels, alongside Toy Story and the OG Avengers trinity.

Stuntman turned “well wouldn’t ya know it?” zeitgeist action-helmer Chad Stahelski’s back, and if he’s had a relaxing vacation inbetween he’s certainly put down his empty cocktail glass and gone right back to the Red Bull for a knuckle-scraping kneecap-slicing face-through-the-window venture back into the fan favourite world of underground assassins and secret wars. If the first John Wick was The Punisher, Chapter 2 his Dark Knight, this is Baba Yaga’s The Fugitive. That’s right, picking up immediately where the last off, this time it’s John Wick versus every other assassin in the world, with a price on his head, an hour to flee the city of New York, and none of his traditional tricks and toys left available to him. 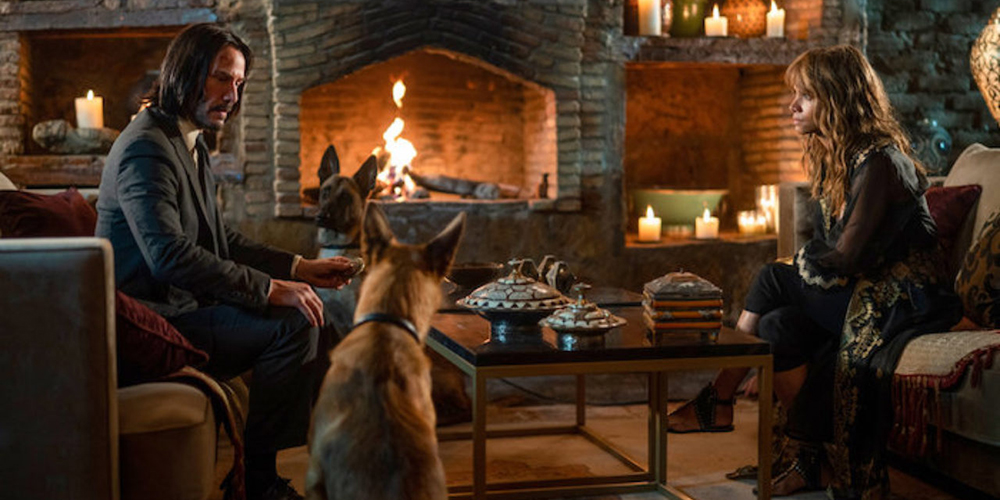 In keeping with the series to date, Parabellum looks astonishing; with returning cinematographer Dan Laustsen ensuring even the dingiest setting looks gorgeous amidst easily the finest choreographed fight sequences you’re likely to encounter this year. Relentless is the watchword, and this third instalment takes that to heart as it spins, kicks, and smashes its way toward a fitting conclusion that’s less definitive than you’d perhaps expect, but wholly satisfactory regardless. Expect a surge of rumours on that Continental TV series to ramp up any day now.

Reeves commits to and owns the character as has become second nature for the Matrix alum. Slipping back into the black suit and ammo belt, Reeves is afforded a swift uptick in backstory and all-around depth this time around, with his own nuanced performance and some sharp writing ensuring nobody leaves without a crystal clear idea of just who and what John Wick really is, broken down. Halle Berry makes for a surprising new addition, embracing the glory days of action B-cinema for an old school ass-kicking return to form. 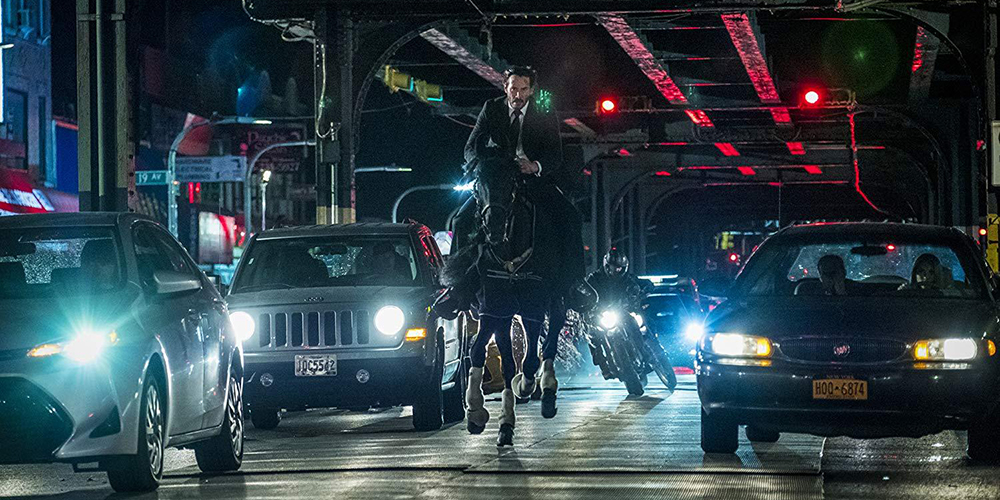 Ian McShane and Lance Reddick return as the faces of assassin hideaway The Continental, meanwhile, and both remain good fun, but it’s newcomers Mark Dacascos and Asia Kate Dillon who steal the show. The former having the time of his life as a part-time sushi chef who doubles as the realest assassin you could ask for, while the latter threatens to usurp the screen entirely as the literal face of the series’ ongoing background mythos.

Some of the action can drag at times, though largely more for reasons of enjoyable overkill than anything else. Parabellum does consistently prove itself a subversive and riotous run, punch, and shoot show, however. Its combat sequences carry admirable weight – considering the heightened lunacy that makes up John Wick’s world – and Stahelski and Laustsen know just how much adrenaline it takes on the frame itself to get their audience mapping every room and prop in anticipation of just where they might go next.

Unlikely to sway those not already invested, though a damn strong example of just what this series can do, John Wick’s third mission is a resounding success. More even, it’s the launch point for something even more potentially jaw dropping down the line. Come for the combat, stay for the serious action pedigree being spun by solid writing, amazing choreographers, and fun performances.

The Curse of La Llorona ★★