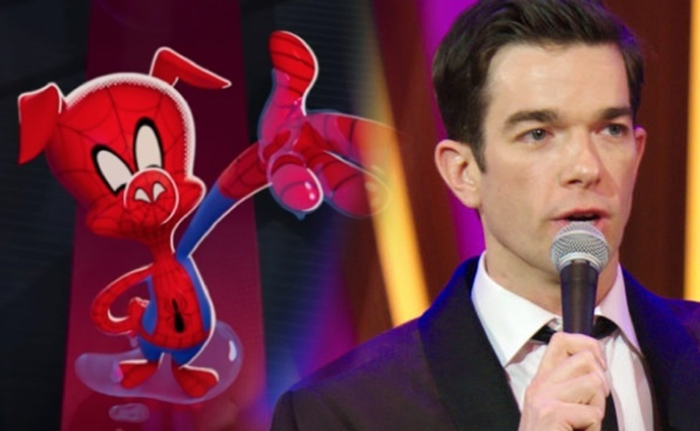 Spider-Man: Into the Spider-Verse introduces a veritable bevy of costumed spider-people, but one of the more unique is comedian John Mulaney’s Spider-Ham (a.k.a Peter Porker).

The character’s early popularity from test screenings and opening weekend reportedly has producers considering a standalone film, alongside the already-announced Into the Spider-Verse 2, and Spider-Women spinoff, something Mulaney welcomes.

“[Spider-Ham] is a fun guy who is capable of great rage,” he explained of his journalistic alter-ego, “To go see him back at the Daily Beagle — I could see a Watergate-like story at the Beagle where he’s both a reporter and Spider-Ham by night.

“I never thought that the Clark Kents and the Peter Parkers leaned enough into the day job. This would be more like The Post, or All The President’s Men, or Spotlight, but we’d make it family friendly. Lots of bacon jokes, or, ‘that’s hamfisted,’”

Peter Porker was created in 1983, and was originally a spider who was bitten by a radioactive pig. Transformed into a swine-shaped superhero, Spider-Ham shacked up with his own Aunt May – a dementia-riddled old biddie who couldn’t remember she didn’t have a nephew – and fought crime on the side. Comic books are weird.

Spider-Man: Into the Spider-Verse is in UK cinemas now, rated PG.