Certainly one of the more intriguing horror offerings in 2018, is ‘A Quiet Place’, starring and directed by John Krasinski, alongside his wife Emily Blunt who will also star in Disney sequel Mary Poppins Returns later this year.

In this latest featurette released by Paramount Pictures. Krasinski discusses the film’s rather muted premise of a family doing its best to survive the threat of mysterious creatures, through the use of sign language and lighting systems, who are awfully sensitive to sound.

The film will be gracing the South By Southwest Film Festival held in Texas in March, ahead of its UK release on 6th April 2018. 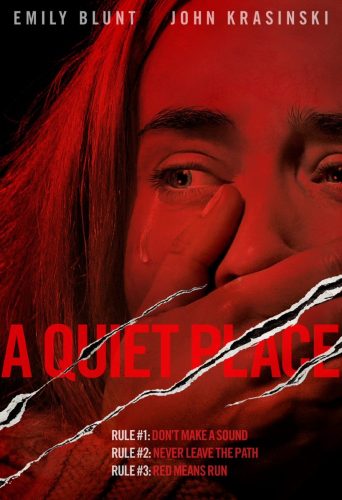