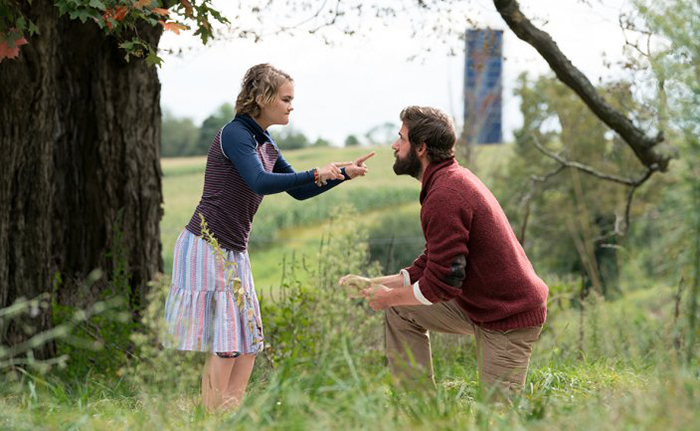 Actor/director John Krasinski, who guided horror/thriller A Quiet Place to become one of the breakout successes of the year, has said that casting a deaf actress in the role of Regan Abbott was “non-negotiable”.

Regan, who was played by deaf actress Millicent Simmonds, is the daughter of Krasinski and Emily Blunt’s characters, and is crucial to vast swathes of the film’s narrative. Besides the obvious benefits of a more natural performance, Simmonds’ casting was important to Krasinski for another, less obvious reason.

“I needed a guide,” he admitted, in an interview with fellow actor Rosamund Pike, “I was writing a movie about a family who had a deaf child, and I know nothing about that. I needed someone to walk me through, ‘What do you feel when you wake up in the morning to be the only person who can’t hear in your family?’”

Reportedly, John Krasinski was struck by how open and honest Simmonds was in answering his questions, and in how willing her family was to guide his perspective, which lead to one of the feature’s most striking stylistic choices; the decision to utterly eliminate sound whenever Regan is the focal character.

During the interview, he spoke about unveiling that choice to Simmonds’ mother. “To see her mom come up to me crying as hard as she was,” Krasinski said, “[it was] the most moving experience.”

“She said, ‘I’ve always wanted to know what the experience was with my daughter and I finally have it.’”