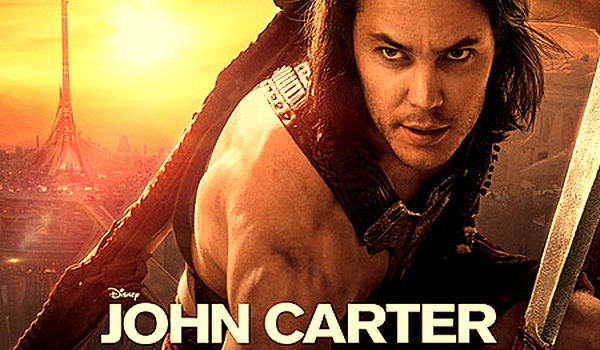 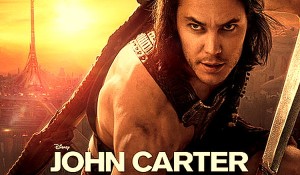 Andrew Stanton has been behind some of Disney Pixar’s biggest projects as the screenwriter for the Toy Story series and the Director of WALL-E and Finding Nemo. So the shift to live-action, albeit with animated aspects, could have provided a stumbling block for the man who has turned everything he touched to gold. His latest project, John Carter is based on a novel by Edgar Rice Burroughs, ‘A Princess of Mars’.

John Carter (Taylor Kitsch) is a Cavalryman from Virginia, who, when hunting for a fabled cave of gold, somehow transports himself to the planet Barsoom (Mars). Whilst on the foreign planet he is captured by a race known as the Tharks who, after witnessing Carter’s super human abilities to fight and jump, force him to fight alongside them as the side trapped between a civil war between the races of Helium and Zodanga. During the war, Carter helps a kidnapped Princess of Helium, Dejah Thoris (Lynn Collins) escape and now he must face the tough choice of fighting for the princess or leaving her and returning for his gold.

Visually, John Carter is an instant hit. The teaser posters didn’t give much away in terms of the treat to the eyes that John Carter bestows on the audience, most of whom may be pleasantly surprised by what they see on screen. The live-action aspects mix seamlessly with the computer generated characters and backdrops, all of which are fantastically designed.

Kitsch’s decent acting takes second string to his position as ‘eye-candy’ which of course is equally matched by his female counterpart Collins. The voice acting provided by actors including Willem Dafoe is well maintained throughout the film and even manages to capture the comedy elements so often seen in Pixar and classic Disney animations.

The worry for John Carter was that it would slip down the same path that saw ‘Prince of Persia’ criticised by so many.  Forgetting about actual substance and focusing far too much on the style. However John Carter manages the balance almost perfectly. The creatures, especially the ridiculously loveable dog-like sidekick that follows Jon Carter around Barsoom,will please the younger audience, engaging action scenes will appeal to the teenage viewers while the flashbacks that are highly emotional at times, provide a lot more depth than expected and allow older viewers to relate on levels they certainly may not have expected. This clever shift in tone is certainly reminiscent of Stanton’s films such as Toy Story and Finding Nemo, where family values are entwined so smoothly into the narrative, the transition and atmosphere change is hardly noticeable at the time, yet upon reflection its clear this film has many more levels than meet the eye.

John Carter’s main drawback is its running time, the 2hour plus length at times feels drawn out. Certain scenes feel slightly over indulged and some gutsier editing could have seen a few minutes chopped off the feature length. While not a perfect film, John Carter comes as somewhat as a surprise, hidden behind its glossy visuals is a solid story. Perhaps credit for this is due to the direction of Stanton, but the literature on which it is based provided a sturdy framework on which the resulting feature has built itself on.

It would be easy to cast off John Carter as a run of the mill fantasy adventure flick, but the film offers far more than just that. Taking the best aspects of Disney’s previous works, John Carter is fun for the whole family.

Just Go With It