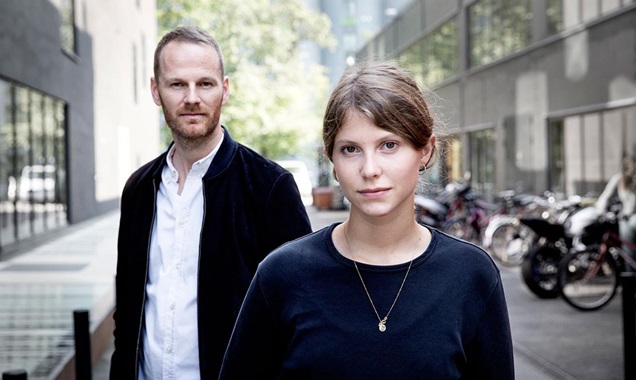 Norwegian director Joachim Trier has made a name for himself with engaging, character-driven stories about ordinary people and the difficult situations they face in their lives, however his latest film Thelma is a completely different kind of drama – a supernatural romance following a young woman whose long-dormant psychic powers are awoken when she falls in love for the first time. I talked to Trier about the background for the film, working in the sci-fi genre and casting Thelma herself.

How did the project come about?

I’ve done three films in the past with Eskil Vogt, my co-writer, but they’ve been more drama, I guess they haven’t been supernatural, so I guess we wanted to access some different images, so more sinister, nightmarish things. But, at the same time, we wanted to tell this human story in the middle of it – we didn’t want to make a horror film, where there are monsters and jump scares and gore, you know, it was more we were trying to find an allegory of a human dilemma, and we came up with this idea of a father-daughter relationship where Thelma, who is a very smart young woman, has this kind of feeling of obedience for her parents because they’re very religious, but then she falls in love with a girl, and then this somehow happens while she triggers some seizures in herself, then you realise that some kind of powers are in play, and I thought that this kind of internal struggle, with this person who is suppressing her true passions and her true will, which becomes this kind of horrific experience. This kind of exaggeration of something that’s relatable for most people, how are you going to take responsibility for your true will and who you really are.

How did you approach making a film in this genre?

What was interesting was, for financing and strategical reasons for the shoot, we needed to start storyboarding and drawing the scenes before the script was finalised, to get the ball rolling with how much it was going to cost, what the effects would be, and so forth. There’s two hundred digital images, CGI images, in the film and I hope they’re subtle, because I want them to look real. So while Eskil and I had a very clear idea of how we wanted to write it, I was going out of the writing room and drawing, and bringing that back in, it was more of a visual process of writing than I’ve than we’ve ever had in the past.

How did you find Eili?

She’s done a few roles in Norwegian films, and I’d always found her very talented, but the first time I saw her she was in a film and she was very young, she was like fifteen or something, so I hadn’t realised that she’d grown into this strong young woman, so when she came in I was kind of taken aback by how subtly she performed in her audition, how nuanced, but also she asked really intelligent questions about her character, and later the bravery of taking on a role in which she insisted on doing underwater stunts, and she acted with snakes on her body. So that was just a gift, and now the film is finalised I think she’s the one that carries it.

Had you worked with either of the actors who play Thelma’s parents before?

I hadn’t, and the funny thing is that in real life they’re such warm people, very famous actors in Norway – both of them – they usually play much nicer people, and I think what they do in the film is proof of their elasticity as actors. The girls based it more on themselves, but the parents are really taking a leap in this film and I think they did it very well.

I really liked the kind of ambiguous nature of the relationship between Thelma and her parents – how did you approach this?

We wanted to ultimately understand the parents, because I come from drama, I didn’t want to make the antagonistic-y, you know, the evil parents and the victimised child, I wanted to understand the parents’ perspective, even though I don’t agree with their tactics in the situation, they’re troubled to say the least, I mean, you know, they’re not in an easy spot either, they’re up against huge forces. So when working with the actors the question was then what metaphor – at a point in the story they’re almost trapping Thelma – the metaphor we used was how would you deal with a child that had for example an eating disorder, or was an addict.

Is that how you brought religion into it?

So religion was a part of the story, but it’s more of a plot point, it’s looking at how religion can be used – misused – as a power structure to repress someone. I wasn’t really wanting to make a film about religion, but about the mysteries of the world, I respect Thelma’s personal opinions in the film, she has a religious side, but I was more interested in the Occult, the curiosities about all the strange things that we don’t understand in the world, rather than religion.

Behind Closed Doors with Hanna Griffiths

An Interview With Elli Harboe (Thelma)