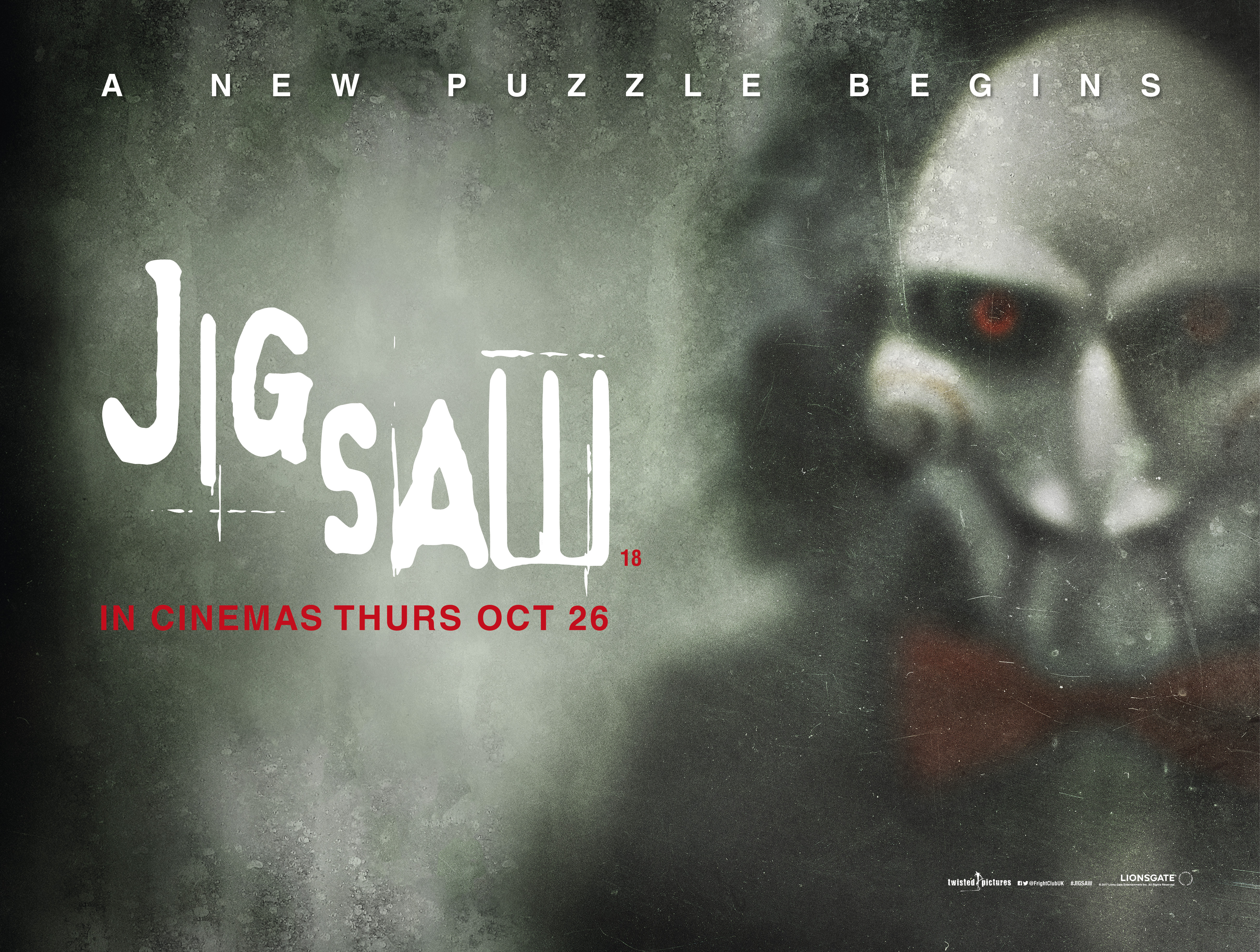 Thirteen years ago on Halloween weekend – SAW and the character of JIGSAW introduced the world to a new face of horror. For seven straight years “If it’s Halloween it must be SAW” was a holiday tradition. This October 26, Lionsgate and Twisted Pictures proudly present JIGSAW! After a series of murders bearing all the markings of the Jigsaw killer, law enforcement find themselves chasing the ghost of a man dead for over a decade and embroiled in a new game that’s only just begun. Is John Kramer back from the dead to remind the world to be grateful for the gift of life? Or is this a trap set by a killer with designs of their own?

One of the highest grossing Horror franchises of all time is back, taking the Jigsaw killer’s signature brand of twisted scenarios to the next level.