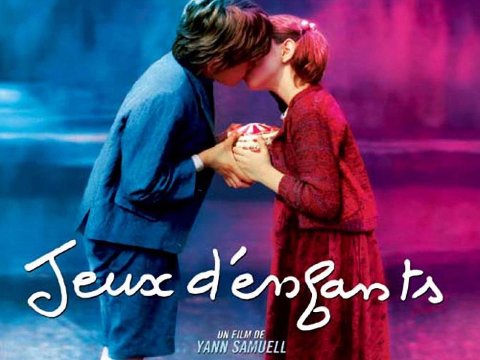 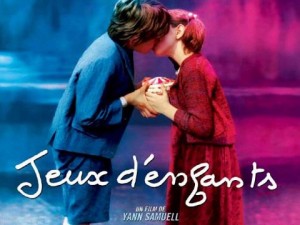 Julien was eight years old when het met Sophie. They were then both persecuted; he, by his mother’s terminal cancer and she, by her classmates’ incessant bullying. They invented a game, some sort of escape, named “cap ou pas cap?” – a simple game of dares. The rules were simple: each time Julien took on one of Sophie’s dares, he earned the right to challenge her to something worse, and vice-versa. At eight years old, the game, outside of being a parent’s nightmare, was innocent. Cute, even. Only, though they aged, they forgot to grow up.

Ten years later, Julie and Sophie were in love. In love, but too used to being friends to admit it, and too used to playing to know when they weren’t. Afraid of appearing weak, afraid the end of the game would mean the end of their duo, they stuck to it. They kept the dares coming, and they became increasingly cruel; it is as though they each held the stagnation of their friendship against the other and felt punishment was necessary. They measured their love by the hurt they endured. Because “they” didn’t exist outside of the game, that is the only “I love you” they believed. And that is where Jeux d’enfants lies – between the total naïveté of their feelings and childlike mindsets and the perversion of the way they expressed them.

This perversion, we all know it. We all know that love is what creates the darkest cruelty we are capable of, and this cruelty takes us aback each time. Still, maybe because the dichotomy between our actions and their reasons is so difficult to justify, this dimension of love remains more or less taboo. That is precisely whyJeux d’enfants is captivating – because it dares to explore this grey area. The film could easily have become a futile exercice in cynicism, but, by rooting his story in childhood (the first third of the film is dedicated to the couple’s early days), Yann Samuell ensures that the innocence of his characters is at no point forgotten.

Guillaume Canet and Marion Cotillard help. A lot. Theirs are not show-stopping performances or memorable characters; though they are both more than gifted, it is rather their simple, powerful charm that gives the movie all of its light. They lend to Julien and Sophie such authenticity, letting them both wear their heart on their sleeves, that it is impossible not to fall in love with their love. Thanks to them, the intentions behind the cruelty are never in doubt. These two may not be noble, but they are honest.

Yann Samuell adds an Amélie-like dimension to the movie, giving it quirky, offbeat visuals (like the odd dominance of green and red, which both fade as the years go by). While they do make his picture more surprising, they also distract. Distract the viewer from the story, the characters, the moment – and, frankly, the final aesthetic results are hardly worth the price. Still, this was his first full-length feature and, given the treat it ended up being, he is easily forgiven. (The soundtrack, almost exclusively made up of versions of “La vie en rose” of varying quality levels? I’ll let that slide…)

The bottom line is, Jeux d’enfants is a refreshing romantic comedy, and one which, I guarantee, you will be thinking about for days – which that is more that can be said for most of its recent counterparts.