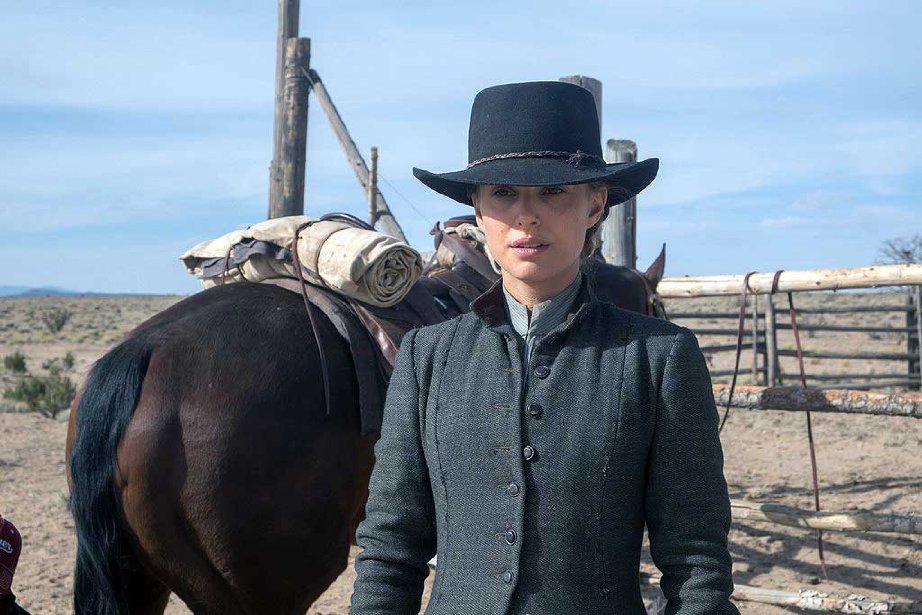 Jane Got a Gun was originally announced in 2012 as a project that would co-star Natalie Portman, Michael Fassbender and Joel Edgerton and would be directed by Lynne Ramsay as her follow-up to We Need to Talk About Kevin.  Ramsay ultimately left the project and the production underwent several casting changes. Gavin O’Conner took over directorial duties and Anthony Tambakis and Joel Edgerton were hired to rewrite Duffield’s original script.

After what could fairly be described as a complicated and troubled production process, one might worry that like so many other movies that go through such adversities, we might expect the resulting film to be a messy patchwork of too many people’s ideas and demands.

However, I’m glad to say that Gavin O’Connor manages to pull together all the disparate threads that might have tangled up this film and has attempted to make Jane Got a Gun into a straightforward, old-school-style Western that tells a decent story and centres around a female protagonist – and for my money, there is nothing wrong with that.

Jane Got a Gun  is set in the New Mexico Territory circa 1871, and opens as former outlaw ‘Ham’ Hammond (Noah Emmerich) returns to the remote home he shares with wife Jane (Portman) and their infant daughter, riddled with bullets in his back and barely conscious. As he undergoes Jane’s ministrations he utters a warning – “The Bishop Boys are coming.”

Jane is clearly angry and fearful and sufficiently alarmed to take their child to a neighbour to keep her safe. Then, with her husband too weak to assist or protect her, she comes to the difficult decision that she must go to ask someone for help in order to defend her ranch from the imminent onslaught and protect her husband and herself from the vengeance of the Bishop Boys.

The person she goes to is Dan Frost (Edgerton), who was Jane’s fiancé back in Missouri before he left to serve in the war and she, assuming he was dead, headed west in search of a new life. Needless to say, Dan isn’t too keen on helping the woman who he feels has broken his heart and even less happy at the idea of protecting the outlaw husband she chose to marry.

Initially he refuses, but can’t quite bring himself to leave Jane to such a grim fate. As he and Jane prepare for battle and fortify the house, all the characters remember the experiences (in flashback) which led up to this fateful outcome. The men have certain perceptions of the past, but Dan finally allows Jane to reveal her own story of how she and Ham came to be together and why the Bishop Boys, led by the devious, coldblooded John Bishop (Ewan McGregor) want so badly to track the two of them down. When the longsuffering Jane tells her tale, Dan at last comes to fully understand the tragedy of the past and their present predicament.

Although we have almost come to see a genre movie headed up by a woman to be a rare contemporary event, let’s not forget that this wasn’t always the case. In the depths of movie history the likes of Bette Davies, Joan Crawford or Katherine Hepburn could carry a movie – any style of movie, not just chick-flick dramas – they didn’t have to get too violently physical either – they just kicked-ass with their eyes.

It’s a bit of a mystery how it is that Natalie Portman just gets better and better looking with time. In the case of this movie, her challenge is to convince us that her physical allure doesn’t alienate us from the notion that she can make a credible frontierswoman. It’s particularly satisfying for me, as a female viewer, to see a physically beautiful actress determined to overcome the distractions of her attractiveness. (Portman is a producer on this movie and is also known to have proven smarts, as Harvard will testify).

In fact, the most credible aspect of Portman’s beauty in the environment of this movie is that it is the source of all her character’s problems and the catalyst of tragedy. Thomas Hardy knew how problematic and divisive a woman’s beauty could be, not least of all for herself – that’s what ‘Tess of the D’Urbervilles’ is all about. Portman manages to project a quiet determination in her turn as a woman who has been gravely wronged, but finds strength enough to defend herself and stand her ground, although she is wise enough to know when she needs to ask for help. She also demonstrates that maternal rage can be as deadly as any weapon.

With due deference to the obscene poetry of Tarantino’s recent fantasized horror-Westerns, the dialogue in Jane Got A Gun is terse and tough and certainly sounds more like the way that actual people might have spoken in real life. The movie can also boast some considered performances —Joel Edgerton (who co-wrote the screenplay) is especially affecting as the man who finds himself torn when placed in the position of saving the woman who he feels has ruined his life and protecting the man who he believes took her from him. Ewan McGregor rather surprisingly slips easily into the role of villain (notwithstanding the fact he chooses to adopt the black moustache and hair of Victorian melodrama).

Perhaps because of its troubled production and many changes of hands, the problem with Jane Got a Gun may be that it never quite finds that unique spark, but it remains a worthwhile and workmanlike effort. The film has solid performances, a couple of impressively staged sequences and is more concerned with telling a story than in trying to reinvent or deconstruct the genre.

Although the movie does not present six-guns blazing in every scene there is no shortage of gunfire (it is set at a time when Americans still had an actual necessity to bear arms) and the climactic siege at the Hammond ranch is executed with panache. There is an endearingly classical look to the movie, with handsome widescreen cinematography by Mandy Walker and evocative music by Lisa Gerrard and Marcello de Francisci.

Personally, I can still find it in my heart to suspend my cynicism enough to enjoy the story of a flinty yet vulnerable heroine and a Western vista soaked in dusty chic. No, that’s not a tear of nostalgia; it’s just sand in my eye.

Eye In The Sky