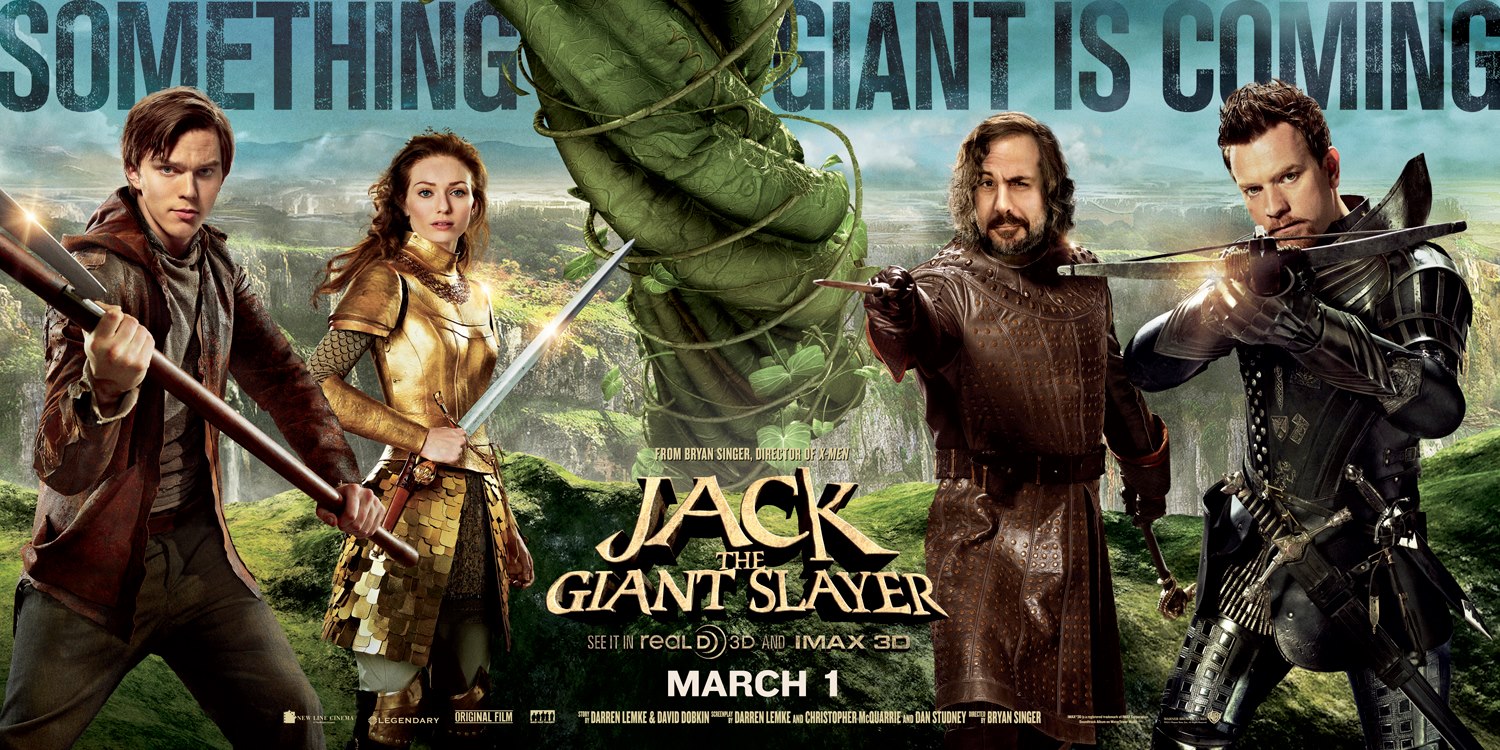 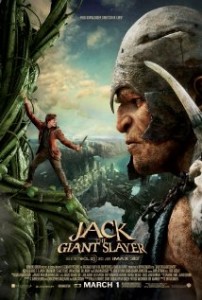 After being postponed nearly a year for post production reasons that involved more time for the special effects (where were the results of that?) as well as for a bigger marketing push we finally have the first new film from director Bryan Singer in four years. A retelling of the classic fairy tale, Jack the Giant Slayer (formerly titled Jack the Giant Killer) is another in a long line of Hollywood attempting to capitalize on a trend that never made it past the first lap. You can’t completely fault them as this film was green-lit in 2009, well before Tim Burtons Alice in Wonderland began the trend of bringing old fairy tales to the modern audience with gigantic budgets.Though this trend hasn’t exactly proved a winning one it will surely continue far past this fun, forgettable film that brings nothing new to the genre of fantasy and pure escapism but does nothing to harm it either. It is a perfectly acceptable two hours of amusing and imaginative storytelling that plays out exactly as we imagine it might, but the keyword is imaginative. Director Singer has always had a fun imagination and has incorporated it into both his stories and film-making techniques. Whether it be The Usual Suspects, X2, or even Superman Returns and Valkyrie I have always found something about the guys films to be endearing and impossible to dislike (yes, I liked Superman Returns, so sue me). This feeling continues with this film and whether it be the fact I have a soft spot for Singer or that I am more easily convinced in a pure fantasy world that everything is fun, I had a good time watching this movie. I didn’t love it and it certainly has room for improvement in several areas, but it was enjoyable nonetheless and I’m not too upset about that outcome.

Based on the well known “Jack and the Beanstalk” fairy tale as well as containing elements of the Cornish fairy tale, “Jack the Giant Killer” screenwriter Darren Lemke, with a re-write from long time Singer collaborator Christopher McQuarrie (Jack Reacher), have embellished the bedtime story and given it solid ground to stand on with a nice amount of layers while keeping intact the sweetness and humble roots from which it draws its inspiration and influence. Jack (Nicholas Hoult of last months hit, Warm Bodies) is a poor farm-boy yearning for adventure outside the stories he reads at night. The same could be said for Princess Isabelle (newcomer Eleanor Tomlinson) as she feels trapped within the walls of her fathers castle. Her father, King Brahmwell (Ian McShane) uses his castle walls to protect his daughter after the loss of her mother and has gone so far as to arrange her marriage with Roderick (Stanley Tucci) a man twice her age who she doesn’t love. Ole Roderick is up to no good from the start though as he has removed a few ancient artifacts that will allow him to rule over the race of giants in the sky that have become nothing more than legend. Onto his plan, a lone monk steals the famous beans and in a last ditch effort to escape trades them to Jack for his horse. Things happen and the Princess ends up running away and into Jack’s house seeking shelter from the thunderstorm and naturally the one thing the monk told Jack not to let happen to the beans, happens and those legends become reality as a giant beanstalk sprouts through the cabin and takes the Princess with it. When the King and his royal army as well as its leader Elmont (Ewan McGregor) show up it is time the real adventure begins.It is truly as simple as that and this through line theme of wanting real adventure out of life is all the movie tries to push on its audience as far as lessons are concerned. And I expected a lesson as this is a surprisingly light take on the story when compared to last years Snow White and the Huntsmen and last months Hansel and Gretel: Witch Hunters. I guess it is simply instinct to now assume that every new telling of an old story will be darker and more gritty, but this is not the case with Jack as it better caters to the kid in all of us and the light, breezy tone makes for an experience that is equally appealing and doesn’t bog us down with trying to hard to make us think and therefore not criticize the film with a tougher eye. No, Jack is a harmless film that excels with its cast having a good time playing dress up and make believe while the effects that have been placed in after the make believe sessions disappoint what was likely in their minds. This brings us to my main complaint with the film. There is certainly a substantial amount of CGI in this film and that is understandable, but with a budget of nearly $200 million and an extra year of post production work it doesn’t really show through in the final product. Yea, the beanstalk bursting out of the ground and through several landmarks is pretty great and probably even more effective in 3D (I settled for the 2D matinee price) as well as the final battle that is the most authentic the all CGI giants ever look at any point in the film. The worst comes early on as a flashback to the set-up story for what happens in the film look like unfinished special effects where everyone just ran out of time and left them as is. Still, even this major complaint lessens as the film goes on and you grow more accustomed to the look of it all. What elevates this though truly is the charming cast that allow us to buy into this sometimes cheesy, but mostly delightful piece of pure entertainment.

As Jack, Hoult brings an earnest heroism to the part that fits his farm boy roots but lends believability to his brave actions. Helping him reach these heights is Elmont and McGregor oozes on the charm with ease here as the knight in shining armor who is more than willing to step aside and let a fellow hero take the glory when it is so deserved. Newcomer Tomlinson does fine enough work if not becoming a little bland at times, but I couldn’t help but feel happy and delight for the light romance between her sheltered Princess and commoner Jack. It is presented sweetly and the young girls sitting a few seats down were giggling and giddy every time the two would kiss. It was also nice to see character actors like Eddie Marsan (Happy-Go-Lucky) and Ewen Bremner (Snatch) getting roles here as well. If you didn’t recognize them it likely added nothing to the experience, but each were given a few laughs and enough reason for their presence to be acknowledged. Making far more of an impact with almost the same amount of screen time was Stanley Tucci doing what he does best and hamming it up. Tucci is one of those actors that I could literally watch in anything and would enjoy it no matter what. Even as the main human antagonist here he is delightful and hams it up just enough to where I was sad to see him go. Ian McShane has little to do except stand around in his nice, shiny gold armor which calls attention to the wonderful costume and set design, but that’s about it. I don’t know that Jack the Giant Slayer will make its gigantic production budget back seeing as it will have direct competition with OZ: The Great and Powerful next weekend and I of course don’t know the quality of that film yet, but this is fine fantasy and meets most needs when one desires to simply get away from everything else for a couple of hours. The lacking effects may at first prove a distraction but it is easy enough to warm up to them and the film as it all integrates nicely into that sense of wonder we all hope to experience at the movies.