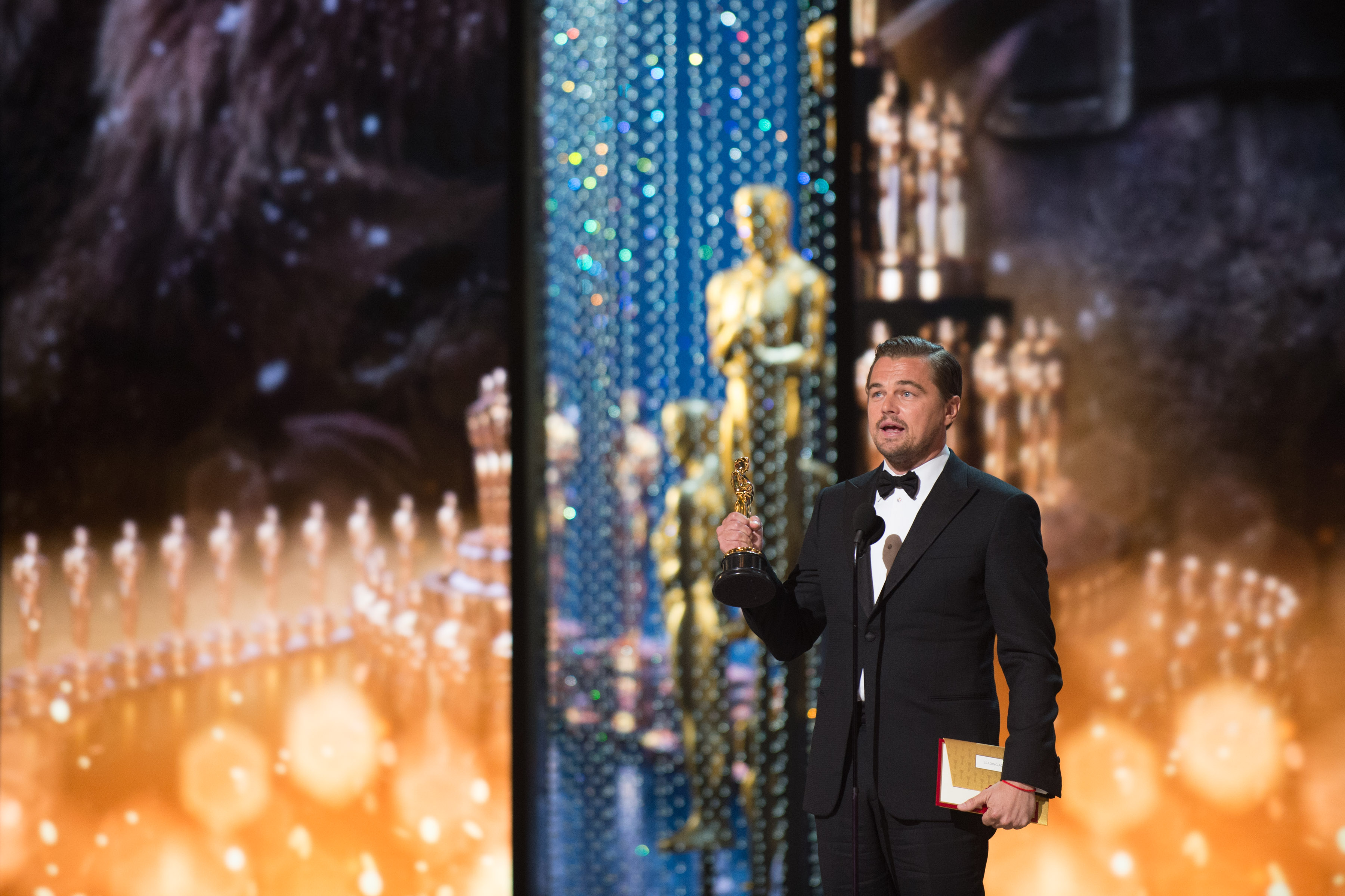 At a pre BAFTAs party once I saw a young woman throw herself at Leonardo DiCaprio. I mean, literally fling herself at him as he passed. She landed somewhere near his feet. Leo’s security calmly picked the girl up and Leo, himself, serenely walked the red carpet into the party.

Mr. DiCaprio was clearly used to it. Leo-mania had been a thing for two decades since as Jack he failed to secure a place on that raft with Kate Winslet, so he wasn’t fazed by crazed fans.

Last year I saw Leo at the BAFTA awards and prior to that at the premiere for The Revenant in Leicester Square. It was the coldest evening of a generally mild winter but the crowd that had turned out to catch a glimpse of DiCaprio was huge. They stamped their freezing feet, blew warm breath into their gloves and screamed his name. Leo! Leo! Leoooooooo!!!!

Then at the end of February,  Leonardo DiCaprio (yes, named after that other Leonardo after he kicked inside his mother’s tummy while she was gazing at a Da Vinci painting) he of the Italian father, German mother and all American looks, finally collected the Oscar that had eluded him for so many years.

No one surely begrudged him his win. He’s made billions for the industry. He is the only actor who has been able, consistently, to turn a movie with even the most unpromising premise into a big hit, over the course of two decades plus.

Most of all, he is probably the last real movie star who will win the Oscar.

Don’t get me wrong. There are many excellent actors out there, a few far better than Leo, who will, hopefully, get their just rewards one day. But there is no one who looks like he will also attain the staggering, global stardom Leo has and has had for over 20 years.

And global it is. I was once in a remote village near the Afghanistan border. In a modest home, I was invited to, the teenage girl had a Titanic poster on her wall. Her toothless grandmother too became almost tearful when discussing Jack’s watery demise. Titanic and Leo were HUGE around the world. I don’t care how much money Avatar has made, Titanic connected with people of all ages and backgrounds and DiCaprio was a major factor in that gigantic success story.

There are other big Hollywood stars of course. Brad Pitt has an impressive career but it can often be dwarfed by his tabloid celebrity. Johnny Depp and Will Smith are only as popular as the films they are in. Tom Cruise, in fairness, could rival Leo for many years but he, well he jumped on a couch for Katie Holmes. Yes, you read that right, Katie Holmes!

Leo, however, keeps rolling on. He’s worked with the top directors, picks interesting scripts, turns them into boxoffice hits and largely in his personal life follows the old adage, don’t complain, don’t explain.

We’ll miss the entertaining Internet memes of Leo failing to get his Oscar but on a cold February Sunday last year he became the King of the World.