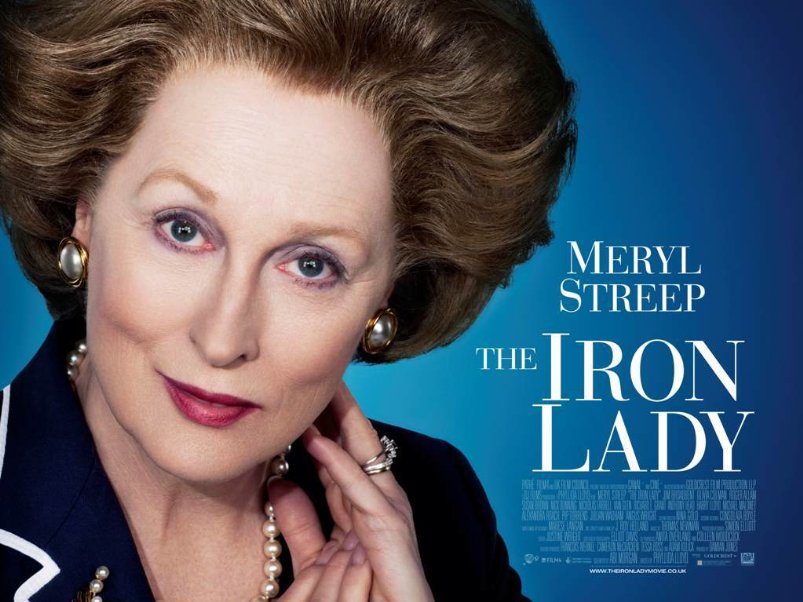 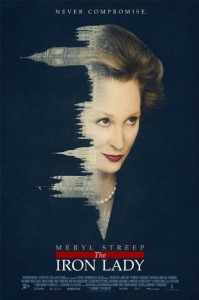 Many years on.. just the sheer mention of her name is enough to spark debate and get the blood pumping. With the British public considerably leading a backlash now that we’re under Conservative rule once again, the release of Phyilida Lloyd’s (Mamma Mia) take on the Thatcher *Milk Snatcher* 1979-1990 period perhaps couldn’t have been more ill timed. With awards magnet Meryl Streep filling her controversial boots however, is there really much substance portrayed here in such a manner.. that it will truly cause offence? Well..

The narrative structure hinges partly on the token documentary footage that as an audience we’re accustomed to with such fare. In this instance Thatcher’s determination whilst surrounded by a male dominated world through the Falklands War and the war of words that raged over the Poll Tax being mere examples. Primarily though, Lloyd shifts the emphasis away from such infamous times and fast forwards to a time where Thatcher, well into the final stages of her remarkable life, is at her most fragile. Haunted by her husband Denis’ ghost (Jim Broadbent) and now being cared for on a day to day basis by her advisors and her loyal daughter Carol (Olivia Colman), it is emphatically clear she is no longer as mentally sound as she once was.

As deeply sentimental as it tries to be, painting a symphathetic portrait and attempting to instill great humanity to a much revered British figure, instead of going in depth and unpicking her trials and tribulations as PM proves to be a flimsy move for such material. The key moments from her reign are displayed in brisk, vague montages that just wash over you, instead of leaving an imprint on the memory banks and Lloyd’s uninspiring direction doesn’t improve matters. With such an approach undertaken, what’s left to savour?

Thankfully, the performance of Streep. Not for the first time in her phenomenal career, her amazing portrayal elevates the material considerably. The facial expressions/figure movements and that razor sharp wit just avoid verging on impressionistic. In addition, the emotional nuance she brings to the role makes her the only compelling aspect and any doubts that people may have had about Streep not being a shoo-in during awards season will surely diminish now. Broadbent is on top form also, with an alebit limited but nonetheless terrific turn as Denis.

Overall, the occasional killer segment aside, you just can’t escape the feeling that a rethink of the script and perhaps a better director would have made this biopic soar. Instead.. we get this distinctly average and uneven effort that when you strip away Streep from the equation, it would have been lucky to make the big screen!

The Kids Are All Right