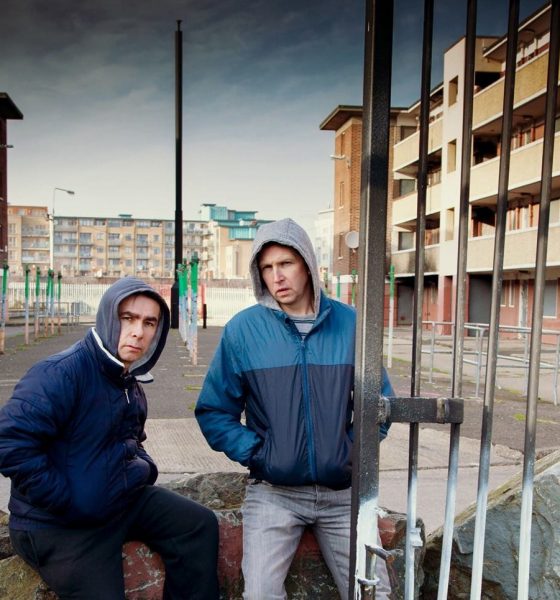 Ireland’s ‘Be Good or Be Gone’ Arrives April 13

The dramatic comedy, ‘Be Good or Be Gone’, set in Ireland and starring Les Martin, Declan Mills, Jenny-Lee Masterson, Alan Sherlock with Graham Early and YouTube comedy sensation Enya Martin (Giz a Laugh) is being released through Random Media on April 13th.

Directed by Cathal Nally, ‘Be Good or Be Gone’ is set over the course of four days in contemporary Dublin, Ireland. The story follows Ste and Weed, two petty criminal cousins, who receive temporary release from prison. Both lads have big plans for the future. Ste wants to make a better life for himself, his long-term partner Dee and six-year-old daughter Ellie Mae. Weed’s ambition is to conquer the world of high fashion, thus becoming the new Galliano but a nasty substance addiction needs conquering first. Ste refuses to be moved when gang boss Braler tries to intimidate him into a heinous act of violence. Weed convinces a reluctant Ste to take part in an armed robbery which goes badly wrong, resulting in a shopkeeper being brought to deaths door.

With news of the assault now broadcast over the airwaves and Braler breathing down their necks, Ste and Weed attempt to leave Dublin. As they are cornered by the dangerous world they so wanted to leave behind, their plans for a bright new future seem to be dissolving away.

The movie features music by Irish rock band Aslan, The Golden Horde and Versatile, and the score was written by two-time EMMY-Award Nominee Joe Conlan.