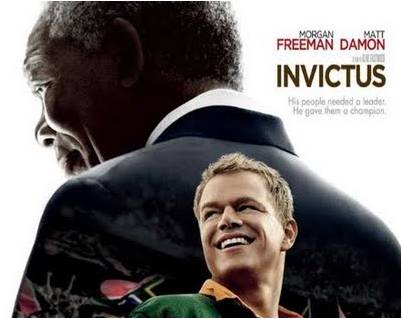 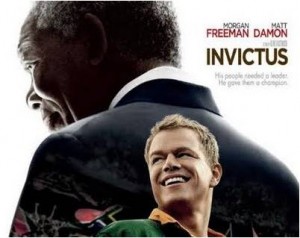 Can a Rugby Tournament solve a political and racial crisis in 1990’s South Africa?

That was my impression of what to expect from the film and truth be told, this is all it was.

With big name actors such as Morgan Freeman as South African President Nelson Mandela and Matt Damon as the captain of the Springboks I felt I must have misjudged the point of the trailer. However, instead of finding myself watching the struggle to join a country separated for so long, I felt like I was watching a dummy’s guide to apartheid.

The idea is, Nelson Mandela (Freeman) having been named President of South Africa seeks to shorten the divide between white and black in his country. He enlists the help of the National Rugby Team and Captain Francois Pienaar (Damon), asking them to win the 1995 Rugby World Cup effectively using sport as the universal language to unite the population.

The idea of lead by example that Mandela and Pienaar both believe in gets lost in the mix of jumping from scene to scene, match to match. At one point the New Zealand team are shown lining up against South Africa, while the match that follows instantly shows England. It was this kind of slapdash attitude that the film has taken, that caused me to question why i was still trying to follow the storyline.

Freeman accurately portrays Mandela, as does Damon for Pienaar. However the accents which their characters adopt changed almost as quickly as the scenes. Damon, often switching between a mixture of American, South African and Australian dialects, essentially just frustrated me further.

The film does have an underlying premise of peace and forgiveness which at times is portrayed well; however a five minute scene showing the unison of black and white bodyguards in a game of rugby effectively achieves what the film took 2 hours to say.

I believe some may find this film interesting, while I was hoping for more of a focus on the actual politics rather than the rugby, the equal share they are given in the film would please some viewers.

All in all, one scene makes the rest of the movie irrelevant and for that reason I was highly disappointed.