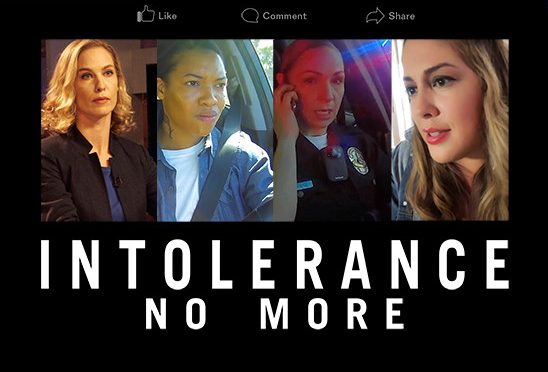 The Film Deals with the Topic of Police Brutality

Random Media has acquired EMMY award-winner Sergio Guerrero Garzafox’s (A Day Without a Mexican) drama-thriller film Intolerance No More, with a street date of September 15, to coincide with Mexican Independence Day.

The female-led feature, inspired by today’s news, stars Paulette Patterson, Christina Morrell, Lizza Monet Morales, and Helen Kennedy Turner. Intolerance No More is a timely story, involving police brutality and the social media chaos we live in. The film’s narrative takes place in real-time after an African American woman has an altercation with white police officer hat shatters her life, and irrevocably changes her destiny forever.

“The release of Intolerance No More film is a very important milestone on my journey to create awareness of police brutality. We are excited to be working with Random Media so we can keep the conversation going, not just today, but for as long as it takes to bring about real change.” – Sergio Guerrero Garzafox, Director – Producer.

“We are thrilled to be releasing Intolerance No More, by Sergio Guererra Garzafox, who co-wrote and co-produced the highly successful film, A Day Without A Mexican.  Intolerance No More deals with the subject of police brutality and could not be timelier given our current circumstances.” – Eric Doctorow, CEO Random Media.

Intolerance No More premiered at the world-famous TCL Chinese Theater in Hollywood at the FICG in Los Angeles Festival with a sold-out audience. It won Best Film award at the World Film Festival, Best Actress award at the PIFFLA, and honors at the Hollywood Silver Screen Festival.

About Random Media: Random Media is a media company that acquires and distributes films on a worldwide basis through movie theatres, digital, cable and satellite platforms, television networks, and conventional brick and mortar retail stores. Random Media’s extensive library includes such acclaimed films as The Landing, Killswitch: The Battle To Control The Internet, Fare, and Hoaxed.

‘No Turning Back’ Lands in June