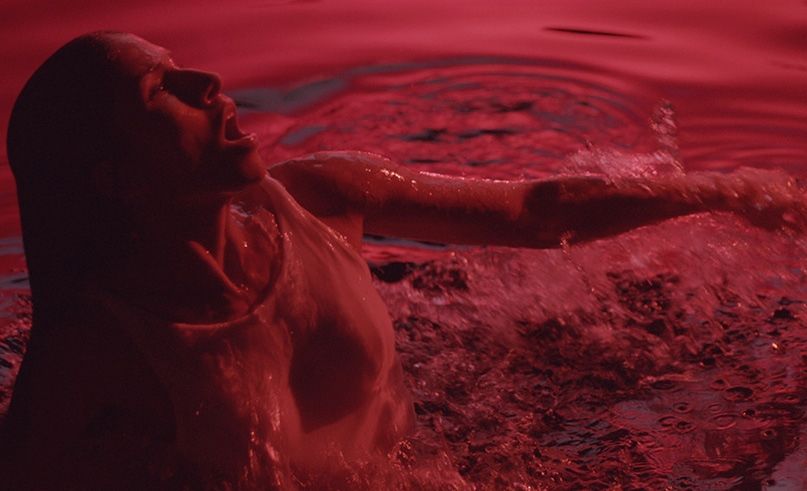 Raindance Film Festival has become one of the most popular and sought after film festivals for film makers. Since 1993 the Festival has been the launch of a number of classic films including ‘What’s Eating Gilbert Grape’ at the first festival and ‘Pulp Fiction’ the following year in 1994. Raindance was brought to life to showcase British independent film making talent and this year’s festival is no exception. One of those film makers has brought to the festival a remarkable documentary film that uses real life events mixed with the skills of actors to tell a dramatic and emotional tale.

Laura Plancarte’s feature film debut Tierra Caliente tells a story based on a real family in the Tierra Caliente region of Mexico, infamous for danger, drug production and trafficking. Plancarte connects with a family that live in that region and depicts how the Narco drug cartels war against the military in the state of Geurrero affects the family. The film utilises real recordings and script made up of actual conversations the director had with the family performed by talented actors. The film focuses on three daughters, their Father, their Mother, two sons-in-law and one grandchild. We follow them as they deal with murder, grief, desperation and anger. We see how an innocent murder by the Narco’s tears the family apart, and how they struggle to piece things back together. We witness the hardworking Father who can no longer work as a party planner as it is no longer safe to do so, so instead he works as a street vender. Daughter 1 displays her shock at the state the area is having spent recent years living and working in Mexico City and towards the end of the film Plancarte effectively shows how this area affects the younger generation, and potentially the future of the area. Plancarte manages to highlight how the war impacts on each of the family members individually but also on the family as a whole.

Tierra Caliente is not only an emotional and honest portrayal of the families’ story; it is also an important message to the rest of the world of the plight of the innocent people living in this area. By using the actual recordings of the family talking about their traumatic experiences and mixing in real news footage it adds a realism, a brutal honesty. Not only does the film highlight the effect the social climate has on the society as a whole, it displays in beautiful detail how it effects people on a much more personal and individual level. Here Laura talks to MovieMarker about how a chance meeting on a bus ended up in her making this life-changing film.

Movie Marker: How did you come by this incredible story and what was it about this story in particular that compelled you to make the film?

Laura Plancarte: I wanted to portray the Mexican tragedy of the drug war, through a perspective that wasn’t sensationalist. When I met ‘Daughter 1’ on a bus, she told me her story and the story of her family. I felt compelled to make a film about them because I realized that these types of stories and emotion are what we were missing in the media reports. Through their story we are able to see how complex the drug war is, and at the same time we are able to see how in Mexico, regardless of the dangerous situation, that people still have a sense of community and of solidarity. When I learned that 100 taxi drivers went on a search to look for their missing colleague who had been snatched by the Narco, I was inspired by their courage and their passion to save their co-worker. I felt that I needed to join their fight to seek a better future for Mexican people. Going on this journey with real people who are fighting to survive changed my life.

MM: Tierra comes with a definite sense of drama and of brutality. Do you feel that working with real life problems adds a gravitas, an inherent emotion into the film?

LP: It was the first time I worked with real people and I have to say that it changed my life for the better. I learned that there is no stronger story than reality and that you can be as creative when working with reality as in fiction. You have the opportunity to give a voice to people who really need to be heard, and let the world see the urgency of their problems. I think that initiating dialogues and asking questions about situations that haven’t been tackled in an appropriate way is a responsibility for those of us who do have a voice.

MM: The film effectively highlights the dangers that are present simply by being in this area. Did you face any political dangers or opposition when making this film? Or on its release?

LP: I didn’t face any opposition from the Mexican government; actually, the Minister of Culture from the State of Jalisco supported the film and me. We faced many dangers in the making due to the current unsafe scenario, and that’s the reason why we decided to work with audio recordings and not film with the Mexican family.

MM: How difficult was it to identify a linear plot within the information you were provided with, given that you were not filming on location directly with the family?

LP: This was one of the greatest challenges of the film. I had more than 500 hours of recordings and I needed to select only the material that would construct a story that could work as a film without losing the essence of the daily life of the family and the passage of time.

MM: You must have developed a relationship with the family, and that passion for telling their story for them shines through in the film. Do you still have contact with the family?

LP: Yes. The family and I developed a really strong bond because for two and a half years they shared the intimacy of their lives and home with me. We did it together. They are very happy to know that the film has been shown at ‘Raindance’ in London. They want their voices to be heard all over the world, as I do. I feel content with the work that we have done and I feel blessed to have them in my life. I have learned a lot.

MM: This is not the first piece of work you have produced that focuses on very real issues facing a society. Your previous film, Bipolar, looked at mental health. Did this come from similar first-hand accounts or experience?

LP: Yes, but in a different way to Tierra Caliente. This was a story inspired in real events but I wasn’t documenting the story but portraying it in a metaphorical way. I wanted to make this film because I believe that many taboos exist regarding mental illnesses, even though they are so common. I wanted to join the debate and seek acceptance and fair treatment for those with mental health problems.

MM: Are you now enamoured with the real life documentary style film, or do you plan to deviate into fiction for any upcoming projects?

LP: I fell in love with telling real stories and with working with real people, yet I believe that each project is different. Therefore, it has different needs and it’s in the creative mind of the filmmaker to choose the best way to tell the story and to show it to an audience.

Now I’m working on my next film called Brothers, with Roast Beef Productions. This film tells the story of two Mexican brothers, who have crossed illegally to the US four times, they have been jailed, and deported, and had all sorts of dangerous adventures along the way, and yet regardless of all this, they still dream about returning to the US. The film asks the question: why do they want to go back? What are they really looking for? I’m very excited with the making of this film because the immigration problem between Mexico and the US will be portrayed through the encounter with a family, showing us that to achieve a dream first we need to know the name of the dream. It’s not the American dream but the Mexican escape.

Plancarte projects an absolute passion for her subject material, and a passion for telling the story of those that cannot tell it for themselves. This passion has been injected into Tierra Caliente and is executed as a passion to survive, and a passion to be heard. This is an important socio-political message presented in an appealing and engaging narrative package. With her subsequent project focusing on a similar topic, it is sure to be one that is received with excitement given her work on Tierra Caliente.