The scene opens on a dim and somewhat grey farm. This sets the atmosphere for director Phil Sheerins emotionally challenging short film North. This multi award winning film recently featured in the Raindance Film Festival and won the award for Best UK Short, having also won the award for Best Dramatic Short at the Galway Film Feadh amongst a host of nominations at a variety of other film festivals. This success is hardly surprising given the personal and intimate nature of this impressive film.

North follows Aaron, a boy who lives on an isolated farm with his family. As the film progress audiences learn that Aarons mother is ill, and that he is struggling to deal with a decision that his family has made. Aaron rebels against his family as he struggles to come to terms with his mother’s self-elected fate. Barry Koeghan emanates pain and anger in conflicting equality as the troubled Aaron supported by a strong cast including Emer McCourt, Des McAleer and Kate Lock, all of whom give emotional and well developed performances.

North focuses on a difficult and emotionally charged topic and executes the film in a way that is sympathetic to Aarons plight, whilst also empathizing with the family’s predicament. Director Phil Sheerin provides audiences with an insight into a traumatic and upsetting scenario with heartfelt passion, and here he speaks to Movie Marker about his inspiration behind the film.

Movie Marker: Assisted suicide/elective death is a controversial topic and provokes a variety of emotional responses at both ends of the scale. What made you choose it as a topic for a film?

Phil Sheerin: It came out of my life. My mother had Cancer and it came not too long after the death of my granddad, her father, who had a very uncomfortable final few months. The subject of assisted suicide never came up directly with my mam but I at least was having the dialogue with myself. It being a controversial topic was not something I cared about when writing the script, as it was not aimed at the ethical dilemma but rather the moral. It is about this young boy and his mother, not the politics. 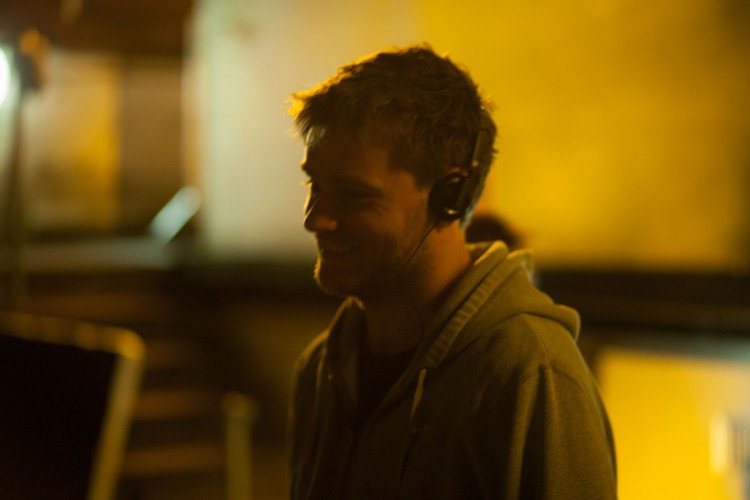 MM: Out of pure curiosity, what made you decide on the title ‘North’ and how does it tie in with the theme and atmosphere of the film?

PS: Yeah the title has tripped a few people up all right. Basically it’s about what the word evokes or at least what it evokes in me. The word “north” summons images of being alone, of struggle but also of a kind of rebirth in the same way that winter holds the seeds of spring.

MM: You have used a variety of topics within your work including war in Withdrawal, violence in Skin and now death in North. Where do you draw your inspiration from?

PS: It all comes from my life; fear and love tend to be at the heart of my stuff all wrapped up in a family dynamic of some sort. For example, North was inspired by my mother who was very sick a few years ago, she is better now thank God but the fear of losing the person I love the most was the seed of the film and the motivation behind the central character. Maybe I’m just a typical guy, I’m not that good at talking about my feelings so I have to find a different way of letting it out.

MM: That fear is definitely evident in the film, and in particular within the character of Aaron. The cast all provide emotionally raw performances that are admirable. As a director, how do you get your cast to evoke such emotion as seen in North?

PS: I talk a lot about the scene, the themes and its relevance to the story.  I have no problem using my own life when talking to them about devastating moments and how they relate to the scene, this leads to trust and trust is paramount when you are going big. But ultimately it’s all in the casting; my job should just be to help them along. The right actor who understands the material will always deliver something brilliant.

MM: It must be difficult to find actors that portray what it is you are looking for, especially when the topic is so close to your own heart. What is your casting process? What is it that you look for?

PS: I hate casting; it feels like the most alien part of the process. I find myself going through the motions of reading scenes and talking about back-story but honestly I just go off my gut. I do need to see them in something first though, a TV show or a film, anything. I’m looking for a partner, somebody who I know has my back, you are constructing a family and so you need to love the person a bit instantly… it’s a strange one. That’s why casting agents are so amazing.

MM: Given the emotive nature of the topic, and your own personal experience, did the topic prove difficult to work with, for you or for the cast?

PS: No, and I’m thankful of that. I didn’t want to intellectualize it at all; it’s about the emotions and the individuals at the heart of it. Everybody in the cast understood this and was in sympathy with it, which definitely lead to their great performances.

North is an admirable and true film that is set to make waves given its raw portrayal of such a tricky topic. The use of location to portray the isolation and loneliness that Aaron feels, as well as the cold and grey imagery to symbolize his despair all add to the insular yet well-developed feel of this remarkable short film. Well deserving of the accolades that it has been bestowed with, Phil Sheerin’s North is well worth the gilded path it is sure to take.