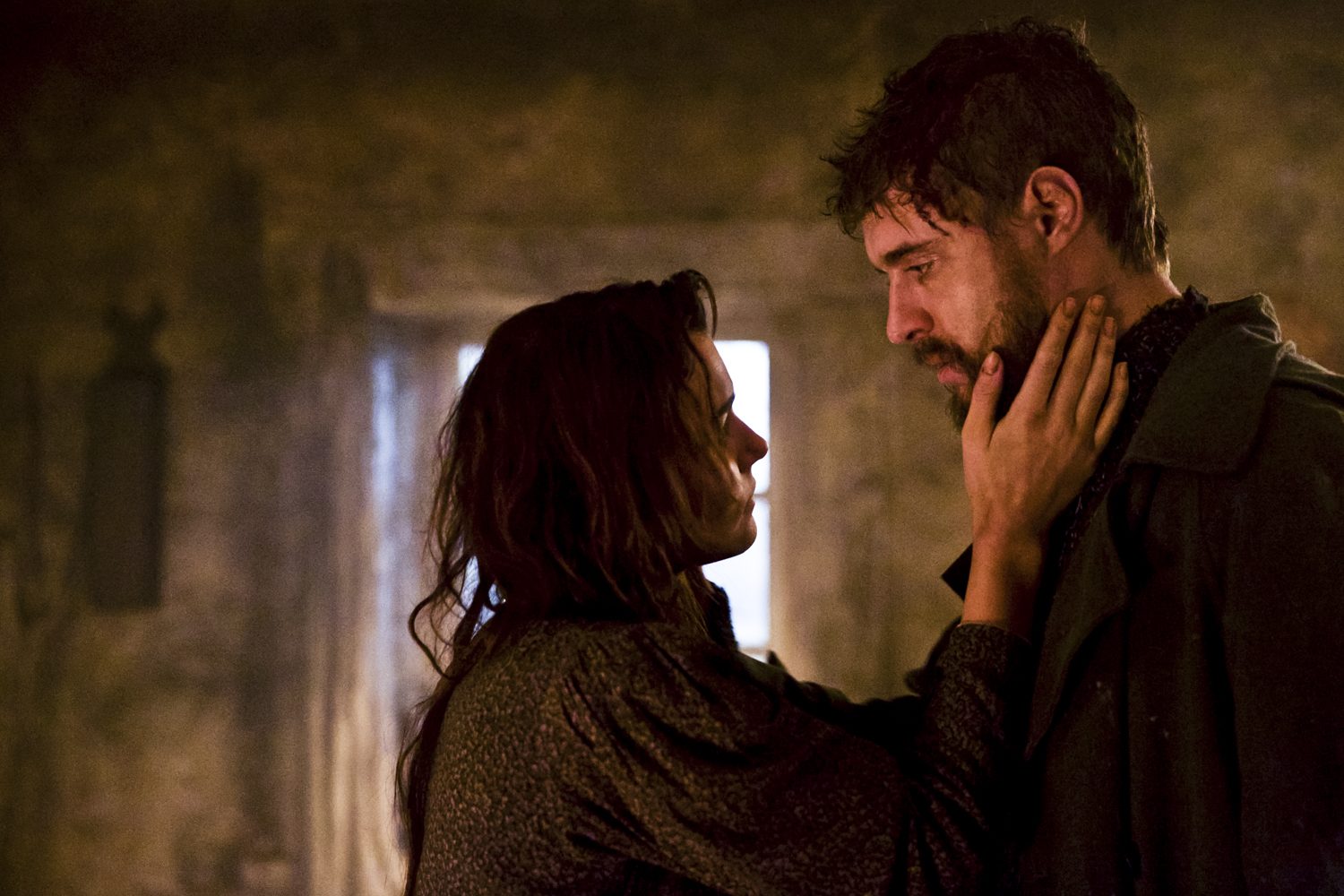 Movie Marker’s Kat Kourbeti sat down with Samantha Barks and Max Irons, stars of Bitter Harvest, for an open and frank interview about the film and its implications on a larger scale.

What were your feelings coming into this project?

SB: My first take was, I didn’t know about this. I was ashamed. And then, to learn that it was intentional, that it was kept from us, and only released in 1991—and the sheer numbers of people who died, between 2 and 10 million… It got me researching. It’s an important story, so that was an amazing place to start.

What do you think about the artist’s role in bringing the truth to light in regimes that absolutely forbid it? Do you think it relates at all to what is happening now in the world, with all these “alternative facts” in place of the truth?

MI: Poetry, music, art, it can burst through blocked borders. In Ukraine in the ‘30s the traditional forms of communication were blocked by Stalin very effectively, and a lot of records that exist from that time were found through art, and poetry, and music. Art has the power to be covertly subversive, it speaks to a different part of the brain, with its own language. Right now it might be Saturday Night Live instead of paintings, but the effect is the same.

There are interesting bits of Ukrainian culture in the film, like the pagan rituals mixed into their daily lives, even though it’s a very Christian country. Can you tell me a bit about your experience of it?

SB: Well, the Ukraine have a fascinating culture. So many of these superstitions and customs… For my character to be born out of wedlock, it was like a curse. When she asks the gods if she’ll ever marry, and floats the wreath out onto the river, and it sinks – that’s obviously bad news for her. The wedding too, the way it happens it’s clear there’s an omen. It was so great to put all of these in the movie as well, because it’s such a big part of Ukrainian life.

I felt that there was a lot of meticulous attention to historical detail in the film. What was it like for you as non-Ukrainians to be immersed in the culture on location?

MI: It was invaluable to us. Most films are made in studios, or places that have nothing to do with the story that’s being told. But in this case, we were in the Ukraine, and not only that, we were in historically accurate locations. Our crew and a large percentage of our cast were Ukrainian, and a lot of effort was made to keep things historically accurate – that’s invaluable, for us and for the story being told. You could feel it on set, there was a determination to tell the story truthfully and honestly, in every way possible.

I read that quite a few of the crew were first time filmmakers, as well. Did that create difficulties on set?

MI: It was certainly interesting at the beginning. There was a huge language barrier, as we didn’t speak any Ukrainian and the crew didn’t speak much English, so there was a real problem there… but you’re right, it was a passion project for a lot of people, and their first outing in filmmaking. But by the end, it was a slick, well-oiled machine, which speaks for the drive and motivation behind people’s work. It was great to see that.

How long were you filming?

MI: Two and a half months.

Your characters are apart for a lot of the film. Samantha, what did you do to prepare for your scenes as Natalka?

SB: For her, it starts from the moment of being born, with the shame of being born out of wedlock, and then Yuri being her everything, from a really young age. So there’s not wanting to inflict that on him, but not being able to live without him, obviously. It’s that real struggle that you see at the beginning, because of course she loves him… So that was my starting place. It’s so sad when you can clearly see, for anyone, what a chance they could have had, and then these devastating things happen to them and things fall out of their control and their life is not in their own hands. But that love, giving them hope and helping them survive to the next day, is a strong thing.

What was the hardest thing you encountered while on this project?

MI: For me, I had a scene where I had to walk down the street, and on either side of me there is starving or starved people. We saw the photographs of people in Kiev, and of similar situations in Berlin and concentration camps in Europe, and it’s a funny thing to try to access as an actor. That part of the human condition that gives you strength to walk past a dying child, who is asking for your help, and to remain largely unaffected – it’s a survival technique, a coping mechanism. It was a very strange thing to have to tap into that.

There’s a very powerful line in the film, where Natalka asks for God’s forgiveness and Yuri says, “what could he possibly forgive us for?”, even though he’s killed people to get to that point.

SB: Absolutely. When you’re put in a severe situation like that, there are things that you have to do to survive that under normal circumstances you’d never consider. There’s a shift in that moment that moves what is normally considered just or morally acceptable.

MI: It’s like that old saying, “is it wrong to steal an apple if you’re starving?” The traditional morals and laws go out the window under those circumstances.

Behind Closed Doors with Alexandra Rosario