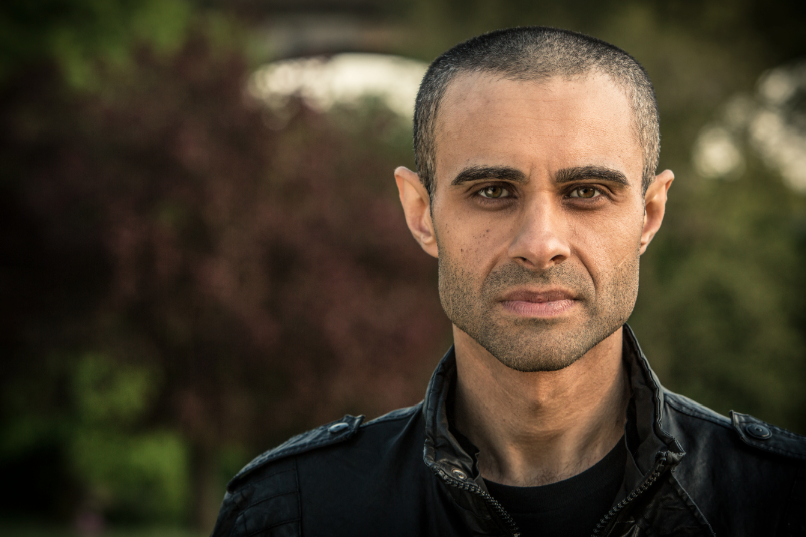 As the more level-headed character within the leading trio of British movie Amar Akbar & Tony, Rez Kempton certainly had a certain weight on his shoulders as, essentially, the leader of the group.

Thankfully, he prevails as an exciting and ever-brilliant talent within a film that deserves multiple plaudits. Having produced such a performance in a gem of a film, we were luck enough to grab a few words and speak about his experiences and the future…

What was it that attracted you to this specific project?

The script! Atul Malhotra (Writer/Director/Producer) wrote a fabulous script in my opinion, which really resonated with me and my experiences of multicultural life in Britain. It was funny and I really liked the relationship between the 3 boys. It seemed real and relevant to the kinds of issues that many people face today.

How much do you feel you can relate to the film and its portrayal of current culture in Britain?

Very much so. I grew up in London and for me it has always been a melting pot of different cultures that live side by side, and when you look past the surface differences we realise that we have so much more in common than not. Growing up I had friends from all walks of life and by having that diversity around me has always felt a benefit to me – help me understand and embrace differences and value that too.

Can you explain your methods of solidifying such a brilliant showcase of on-screen chemistry?

Thanks for your kind comments! I felt along with Atul that, that particular chemistry was crucial to the movie. The audience has to believe that the 3 have grown up together and are as close as they are in the story. Hence getting the right blend was crucial. Thanks to our brilliant casting directors Shakyra Dowling & Kristina Erdely who put us in the room with Atul. He had the job with them to team up people who looked right together but also had that feel about them that they live in each other’s pockets. When the 3 of us were together it kind of just felt right. I’m glad it worked because on tough long days together filming, we always got on and made each other smile and laugh. Both Martin & Sam are like my brothers now!

What was it like working with the likes of Meera Syal and Nina Wadia, considering their wealth of experience?

I unfortunately didn’t get to work with either of these two super ladies in any scenes in AAT. I have been lucky to work with Nina on I CAN’T THINK STRAIGHT, which was an utter delight. She’s so talented, funny and generous. I loved that experience. I’d love to work with Meera and hopefully that will happen soon as I’m a huge fan of hers. However, just by having these amazing talented actresses in our film gives it that shine you only get with dazzlingly polished jewels. They add the sparkle & both are so good in the movie as I’m sure you’ll agree.

How important was it for the film to combine a serious side with those moments of comedy?

I feel it’s vitally important. I was involved in an interesting discussion on radio in Los Angeles about comedy here in the UK & the difference in the US. We spoke about the Great British tradition of having comedies with a social message/content/conscience. If you look over the years at the best of British comedy i.e. The Full Monty, East is East, Brassed Off, you will see those films are incredibly funny but have serious

undertones too. Our US cousins felt that their comedy tended to be more in the genre of slapstick and gags. I suppose it’s a tradition with us over here in the UK to make our films in this way. I’m proud AAT follows in that tradition.

What projects do you have lined up next?

I’ve just finished shooting a film about a soldier returning from Afghanistan and suffering from post-traumatic stress and finding it hard to adjust to life away from war. It’s a deeply thought provoking movie and I can’t wait for audiences to see it. I play a very different role to Amar in this and it was certainly an insight for me to read and do background research into this subject. Hopefully it’ll be available to view late next year.