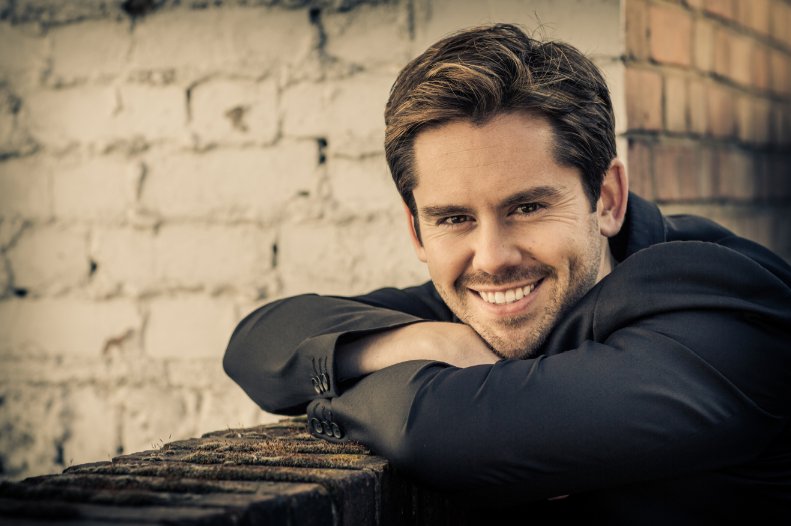 Following our review of the simply brilliant British film Amar Akbar & Tony, we gained access to one of the stars of the film, Martin Delaney, who plays Tony.

Having appeared in a variety of notable films, we took the opportunity to quiz Martin on his involvement in the film, as well as discussing future work he is currently involved in.

What was it that attracted you to this specific project?

I really enjoyed the script; I thought it was fun and relevant. In particular the role I was being considered for, Tony – I thought he was very interesting, and although kind of dreamy and chimerical in his approach to finding the perfect partner, I admired his tenacity. I found that endearing.

How much do you feel you can relate to the film and its portrayal of current culture in Britain?

Well, though Caucasian I’m actually British Asian myself. My mum is from Burma and my father Irish. There was a lot in Amar Akbar & Tony that reminded me of the large family community that I grew up in, so I could definitely relate in that respect. I didn’t know a huge amount about the Sikh and Muslim faiths and those cultures but in actual fact, as the movie points out, it’s kind of irrelevant. The West London that I spent my early adult life in was very much like AA&T, involving friendship groups with people of different backgrounds totally getting along and enjoying each others’ company. The challenges they face, not anything to do with the difference in their cultural backgrounds. Instead, the drama in the piece comes from what they face together – as a brotherhood. To me, it was one of the more accurate, yet refreshing cinematic looks at London life that I knew, so very relatable.

Can you explain your methods of solidifying such a brilliant showcase of on-screen chemistry?

I’m not sure you can entirely give us the credit for that. Obviously we take some responsibility but it’s hugely down to Atul our director and critically, to the film’s casting partnership of Shakrya Dowling and Kristina Erdely. I trusted them because they had cast me in another film project in the past, but crucially here, they had sourced a bunch of actors that really fit together as best friends. I remember an early chemistry read with Rez and Sam and it was simply all there! It just fit straight away, you know? We each brought something different but the journey for the three leads is one of a similar goal. You have to thank the writing for that side of things. We basically just showed up! Haha!

What was it like working with the likes of Meera Syal and Nina Wadia, considering their wealth of experience?

They are not only quality performers, there’s no doubt about that, but truly great human beings. It was a sheer pleasure to work with them! I remember Nina would just go off-script and make us laugh with something different each take – delightful.

With Meera, she brought a world of hilarious ideas that we experimented with in those scenes together. I found that type of welcomed collaboration captivating. I can’t praise them enough to be honest. They’ve certainly left me with some wonderfully salient memories.

How important was it for the film to combine a serious side with those moments of comedy?

I believe it was Charlie Chaplin who said that life is a comedy in a wide shot and a tragedy in close up. Every good story needs those serious and light tones in order to make the characters and piece three-dimensional. However, there was something else behind the making of Amar Akbar & Tony. I know Atul was determined to create something that felt Bollywood inspired, dropped in the centre of West London. So in that respect, there is a deliberate shift in tone within the film. There’s the comedy, the drama, the hint of violence, with all the romance that Bollywood classics have. It’s unconventional for western cinema so to speak, but somehow it works!

What projects do you have lined up next?

Well next up for me, I have a movie coming out early 2016 ‘Bonded By Blood 2’, which was a fun job to work on. It’s a great one for those lovers of British gangster genre movies. I’m also playing an American role in the Hollywood sequel ‘Now You See Me: The Second Act’. But the big focus right now is the final stages of producing my short film ‘Queen’s Mile’. I wrote and directed the short film last year, and finally we’re almost ready for our festival run. It stars two wonderful actresses – Emerald O’Hanrahan and Amrita Acharia and though made on a tight budget, I’m very proud of what we’ve got.