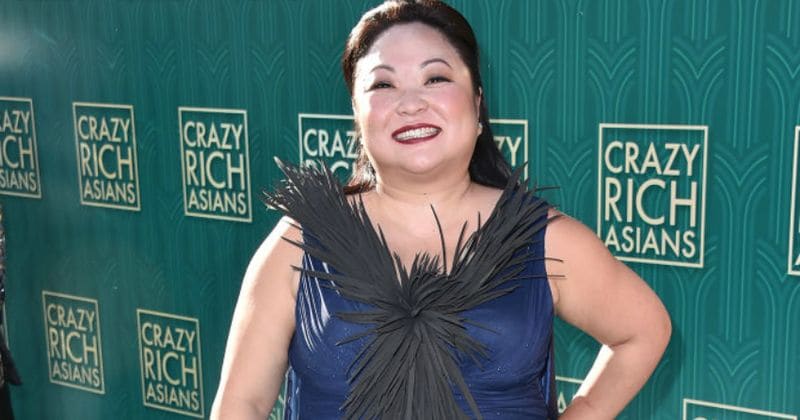 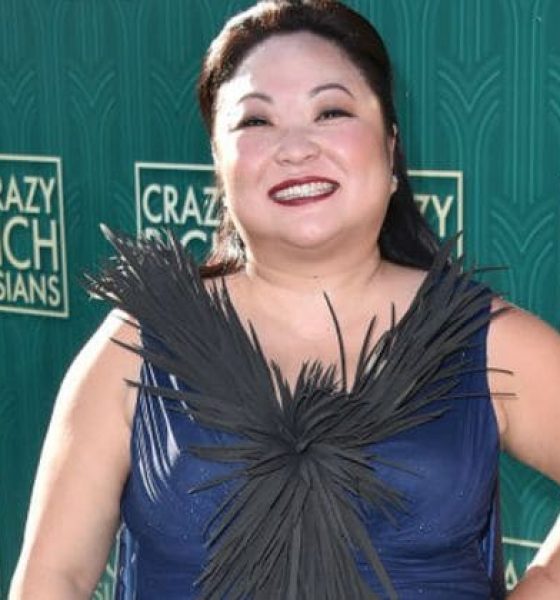 Selena Tan, who plays Alix Young- Cheng in the film spoke to Movie Marker’s Rehna Azim about the success of the movie and her life as a ‘Dim Sum Dolly!

At the time of writing Crazy Rich Asians has grossed $166,791,962 at the Us box office and $55,100,000 overseas for a Worldwide total of $221,891,962. Audiences are not only flocking to repeat viewings but also turning this movie with no big stars into something of a cultural phenomenon.

The film is being credited with reviving the near dead rom-com genre and boosting tourism to Singapore. Importantly, the film is also being celebrated for bringing to the Hollywood forefront an ethnic minority group that is not aggressively pushed by the media and in advertising.

Selena Tan, who plays Alix Young- Cheng in the film spoke to Movie Marker’s Rehna Azim about the success of the movie and her life as a ‘Dim Sum Dolly!

Q: You started your professional career as a litigation lawyer then moved into the entertainment world. That’s a brave leap. What made you make the change?

A: I had dabbled in theatre and singing since I was at school. From the age of 14 I had been involved in community theatre. It never occurred to me I could do it full time or make a living from it. So I did a law degree and qualified as a lawyer when I was 23 but I soon realised that I had been performing for 10 years and was a way more experienced actress than a lawyer. But law is demanding and it consumed all my time for the first 2 years. But after a while I began to get the itch to perform again. I started doing some theatrical work on the side but really it was like having two careers at the same time. I was constantly exhausted.
So I sat down with my parents and said, I can always go back to the law but I have a real passion for acting. It gives me room for expression the law doesn’t. They were supportive and that’s when I started thinking about what I could do in the entertainment field and how I could best connect with an audience as an artist.

A: (laughs) It’s an idea I developed in 2012. Three very different girls performing together; different sizes with different talents and capabilities. I wanted to create a cabaret/comedy/musical act that was socially aware and politically topical. In particular I wanted to tackle taboo subjects. We put on a lot of makeup and that seemed to help us get away with controversial topics because we made people laugh. It was like being able to serve a fluffy cake with a raisin in the middle!

Q: Was Crazy Rich Asians as fun to make as it is to watch?

A: More so! I really lucked out with that movie. But you know, I initially turned down the audition. I’d just finished a big production with my company and had a holiday booked in Phuket. I really needed that break and took it over doing the audition. Fortunately, I was offered a second audition when I returned from holiday because they hadn’t found the right actress for the part. The stars aligned and it all worked out for me. I thought it would be great because I could just be an actor and not worry about the directing or putting the production together.

A: Like a resurrection! A total new injection of zest and life. It was like I’d been jump started. I was surrounded by so much talent from around the world and everyone was so passionate about the project. I got to make wonderful new friends and show them my country, its places, its people, the food. Since the film came out I’ve been approached by so many people, including old friends from my past who have all been touched by this movie and what it’s done for our country. Young people tell me they now believe anything is possible. Tourism will go through the roof. It’s just a beautiful film about my country. It’s a love letter to the country actually. Until now people used to say, ‘Singapore? Which part of China is that?’ Now they know who and what we are.

Q: The film has been praised as a step forward for more diversity in cinema but it has also faced some criticism for focusing on one group in Singapore which is multi-ethnic. What do you think the film offers the push for diversity?

A: The push for diversity is a movement. A single film can’t do everything and yes, some people have asked, where are the Singaporean Indians and other groups in this film. Yet the spirit of representing minorities is being embraced by our film and by all those around the world who are going to see it. Certainly , there is a need for an ever more diverse Singapore to be showcased, including people on the fringes of society.
But, you know, the film has already inspired so many people around the world. I have a niece in the UK who suddenly feels that, yes, there might be opportunities for her now in the acting field which she didn’t feel before. She’s excited that maybe she could be like auntie Selena and that thrills me. Young people in India, Malaysia are watching the film and being encouraged in their ambitions. At the same time we’re reaching audiences in LA and New York. It’s mind-blowing!

Q: The success of the film has been tremendous. Of course fans want to know, will there be a sequel?

A: At the premiere in Singapore Warner brothers did say they want to do a follow-up. I certainly want to be in it!