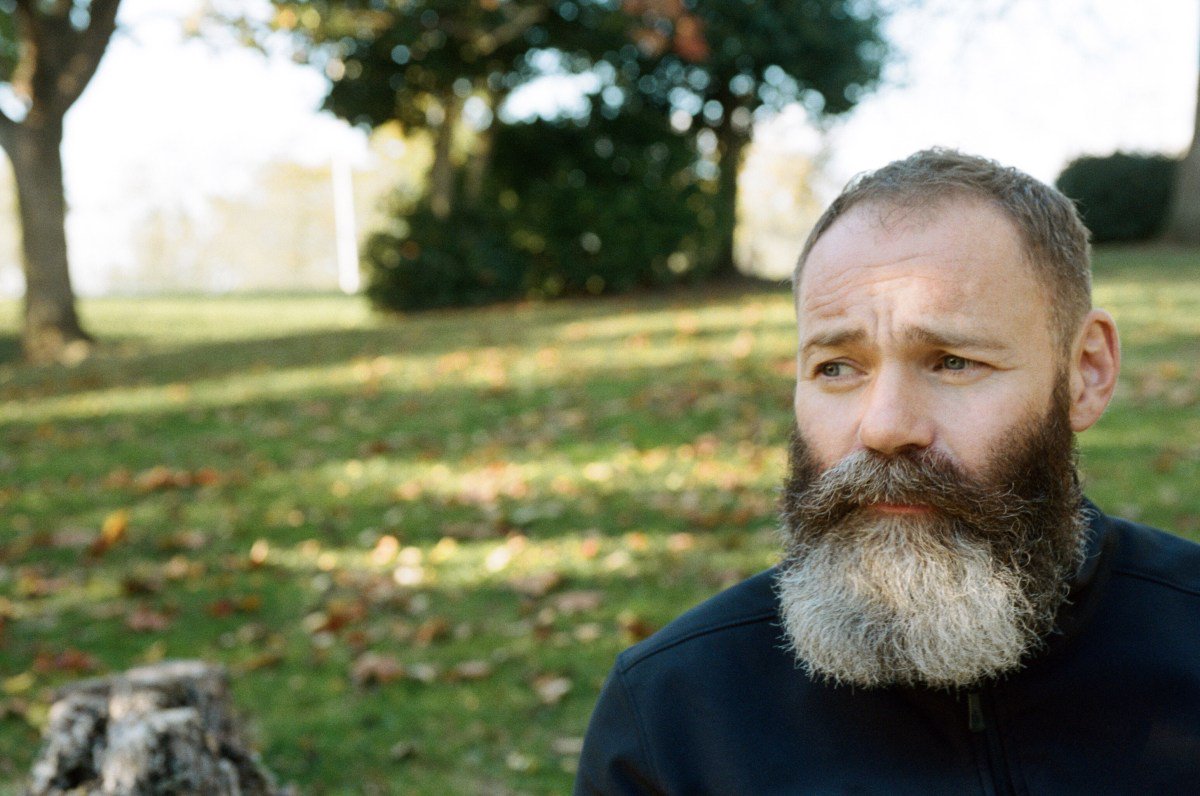 Happily singing the praises of this particular film, since attending a special Flatpack Assemble screening in Birmingham back in August and a prime example of why it has been a stellar year for LGBTQ cinema.

Francis Lee’s God’s Own Country is both a rapturously beautiful cinematic experience and a mightily impressive debut, anchored by two stellar performances from Josh O’Connor and Alec Secareanu. 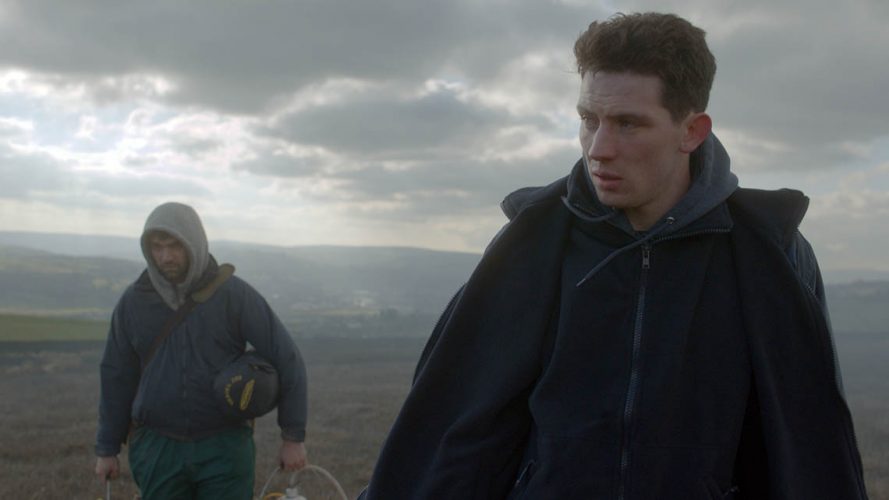 Here is our interview with the director…

From the outset. The most striking thing about the film is the rapturous beauty of its rural setting, sculpted by yourself, editor Chris Wyatt and cinematographer Joshua James Richards. Was it a real motivation of yours to provide a portrait of Yorkshire, that perhaps we haven’t seen on-screen before?

In a word, yes. I had never seen the Pennines where I grew up and where I now live depicted in a way that connected with me or how I saw it. The landscape was always the starting point for the project. I knew it was always going to be a character in its own right. I was blessed to work with collaborators Chris Wyatt and Joshua James Richards who both totally keyed into this idea.

Growing up in this area, how long have you been keen to bring this particular story to the screen and what was the writing process like?

I had the idea for the film in 2013 and wrote it in about a week, with a week working on the draft so it was readable.

Of course before God’s Own Country, you were acting in TV and film yourself. With your own extensive experience, did you feel you were at an advantage to articulate better to the cast the demands of the film?

I love working with actors. I totally respect and admire their craft. I think I had an understanding of what it feels like to stand in front of a camera, having to make yourself vulnerable and deliver. I wanted the actors to feel incredibly safe and supported so they felt confident to deliver their very best – which they all did without an exception. I also think I have an understanding of the process actors go through.

Josh’s and Alec’s respective performances in the film are wonderful. What were the distinctive qualities that you felt they could bring to their roles individually, as well as creating a compelling central dynamic?

Both Josh and Alec are not just extraordinary actors but also people. Josh has a very rare gift. He is a totally transformative actor. What’s incredible is I don’t see one part of Josh in the role of Johnny. Alec is a very intelligent focused actor who totally understood Gheorghe. Alec brought so much depth to the character, he made the best choices which really fill the screen with his presence. They worked incredibly well together and are still great friends.

The tight framing and close-ups. The lingering looks. The stifling intimacy of its sex scenes. There is almost a lyrical quality to the storytelling. Was it a conscious decision to keep it quite minimalist in conveying the emotion of the film?

Working with the DP Joshua, we worked out pretty quickly we wanted a very close up perspective, we wanted to go on this ‘journey’ with Johnny, seeing his world through his eyes. We also wanted to minimize the landscape shots preferring to see the landscapes effect on the characters. I love immersive cinema and I really wanted the viewer to feel very much up close and personal with the action and story.

The film certainly possesses a both clinical and nurturing authenticity in its depiction of farm life. Were there any drastic lengths you and the actors went to, to achieve this?

Actually the farming scenes were some of the least problematic to shoot. This is mostly down to the preparation we did. Both Josh and Alec went to work on local farms for weeks before the shoot. They worked long, hard shifts and learnt everything about the work, animals and life. So, in the film everything is done for real. They were incredibly proficient.

Particularly with Josh’s character Johnny, there is an element of ‘the grass isn’t always greener on the other side’ as he bemoans the lack of opportunities to pursue passions elsewhere. Was this a factor in the pursuit of your own career away from Yorkshire, that you could relate to?

To a certain extent. The film isn’t autobiographical but personal. I grew up in Yorkshire in the 1970’s and 80’s when the world was a much bigger place and opportunities were limited. When I decided I wanted to train as an actor, the only option I knew was to go to London to attend drama school. I did often wonder what life might have been like if I had stayed in Yorkshire…

Away from the common comparisons drawn with Brokeback Mountain. I wondered if there were any particular films or directors, whose style that you perhaps drew inspiration from in making God’s Own Country?

Firstly, I should say I have only seen Brokeback Mountain once when it was first released. I didn’t consciously have it in my mind when I wrote the film. It’s a very lovely comparison that came from critics. In terms of other film makers I don’t think I was particularly channeling anyone in particular. I love Jacques Audiard and Joshua and I did watch a lot of his films in prep. When I was writing the film, I was thinking more about those wonderful romances from the 1980’s like An Officer and a Gentleman, Pretty Woman or Bridges of Madison County. I love love stories.

With Alec’s character Gheorghe as he gradually overcomes the derogatory comments, it feels very relevant to the difficulties within British society right now. For example the attitudes towards immigration. Is this more to do with how audiences have interpreted the film, or were you personally keen to tackle this through the script?

This is something that became much more pertinent post the Brexit referendum. I wrote the film in 2013 before I knew there would be this debate. I never intentionally set out to highlight these issues, I just wanted to tell a truthful story.

For all the struggles these characters face, there is an overwhelming sense of optimism and hope littered throughout the narrative. Did you believe it was imperative to present a positive and progressive portrayal of a same-sex relationship, even more so given the setting?

Basically, I’m a huge fan of hope. I wasn’t consciously trying to represent a same sex relationship in a progressive or positive way, I just love seeing characters struggle to overcome obstacles, personal or physical, giving way to even the smallest chink of hope.

In the wake of such success at the likes of Sundance and Edinburgh this year with God’s Own Country, are there any projects already lined up beyond this project?

I’m working on a new feature film. I can’t say too much about it at the moment, but I am super excited and obsessed by it. 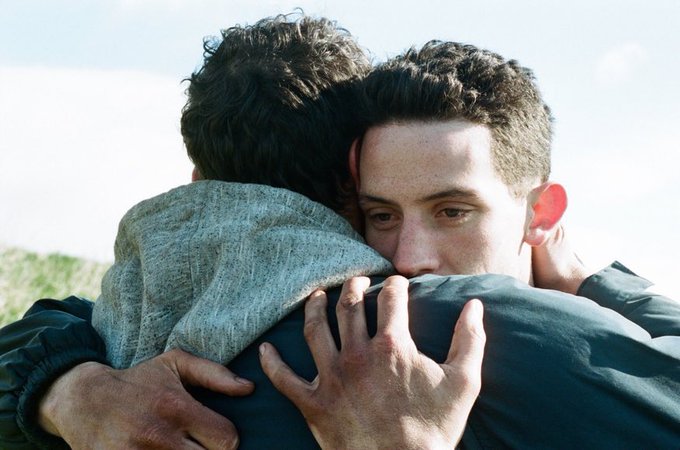