James White is the stunning feature film that excited crowds at Sundance and London Film Festival in 2015 and continues to astound audiences and critics alike. From the team behind Martha Marcy May Marlene and Simon Killer, the directing debut of Josh Mond explores the deep relationship between a mother and son, loosely based on Josh’s own history of losing his mother to cancer. It stars a sublime Cynthia Nixon alongside a ferocious turn from Christopher Abbott, and co-stars Scott “Kid Cudi” Mescudi, Ron Livingston and Makenzie Leigh. We caught up with Director Josh to find out more about his filmmaking journey and get his advice for future filmmakers. 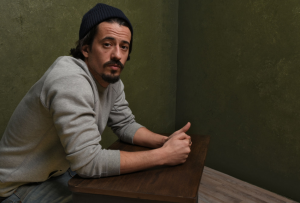 How did you get involved in filmmaking?

From the age of 4 onwards, my mother would get me to paint, go to the theatre, watch these amazing Chinese films (often late at night!) and generally dabble with everything creative.  She had a real love of literature and art. She would be ecstatic when we’d go and see a show at Shakespeare in the Park and I actually understood what was going on at such a young age.

My older sister was also acting around this time, in theatre mainly. I don’t know, I guess I just got really interested in narrative and storytelling. I started acting myself and met a filmmaker who hired me when I was still a teenager and he became my mentor. I was on-set on his films, getting that exposure to this world at a very young age and my mother was always super supportive. It built on from there.

What was your experience of Film School?

Tell us about your journey from Film School to setting up Borderline Films.

Filmmaking really is a collaborative medium. I met Sean Durkin (co-founder of Borderline, alongside Josh and Antonio Campos) at film school (NYU); we were New Yorkers who were on the same wave-length and we started making our first films together from day one.

When we came to start making James White, I really felt that we all got it. They were putting their blood into it too. It’s a very personal project of mine but at the same time they helped me to develop the script and to tell the story in the best possible way for the screen. I’m constantly learning and it’s an ongoing process. I got to work with my best friends as crew, and that crew has grown after this film. We work out of love, that’s what Borderline Films is about.

This is your first feature as a Director. What kind of Director did you become during this process?

Patient, collaborative… most of all I would say ’emotional’.

How did you find the process of Crowd-funding this film?

I’d never Crowd-Funded before this film. We had some younger producers come onboard and suggest using Kickstarter, but I admit that I was very sceptical at first. I was in pre-production, I didn’t want the themes of the movie out there at that time, and what if we didn’t raise the money? It seemed risky. But they worked really hard to spread the word and reach an audience. It got the film out there and was such a great thing for the project.

What advice would you give first-time filmmakers?

You are you. That’s what makes a project personal- your story. It gets you through the times of self-doubt during a shoot. You develop your own technique when you stay true to your own voice. Tell the story that you need to tell.