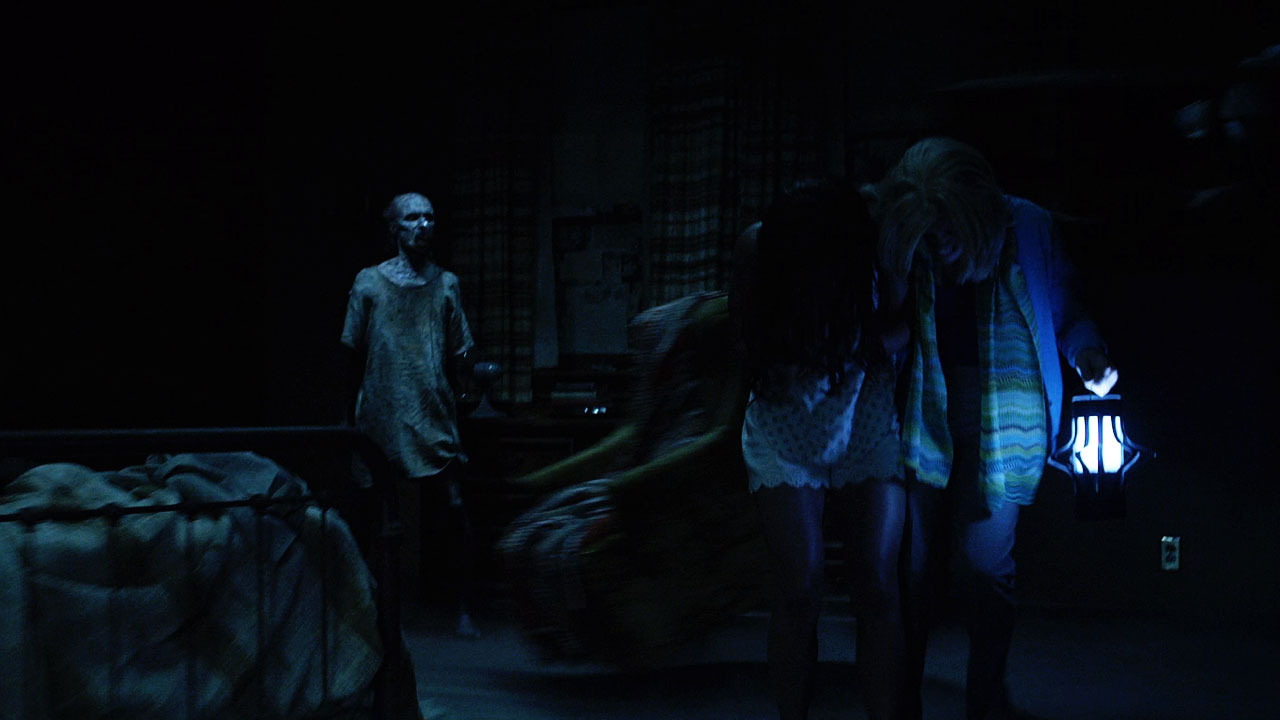 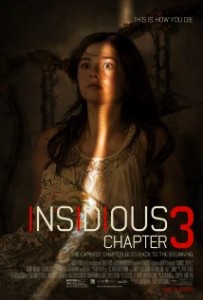 ‘If you love someone, set them free’ as the saying goes – if only the protagonists of these horror flicks would take that saying to heart, instead of selfishly trying to continue to pester their loved ones beyond the grave. If they could just leave their relations to rest in peace, it would really make everyone’s life, or afterlife, so much easier.  Certainly Elise, Lyn Shale’s character in the Insidious movies, has found nothing but trouble having to trawl around ‘The Further’ for the relatives of the people who beseech her for help. Luckily for them, she’s a rather soft hearted and plucky type.

First-time director Leigh Whannell, who has written all three Insidious movies and is now taking the directorial reins from James Wan, has decided to go the prequel route, showing us how Elise Rainier, the psychic who aided the Lambert family in Insidious 1 and 2, enters the ghost-hunting business and teams up with sidekicks Specs (Leigh Whannell again, this time in an acting role – he really is all over this movie) and Tucker (Angus Sampson).

The two previous Insidious movies starring Patrick Wilson, Rose Byrne and Lin Shaye, presented us with some appealing characters and generated some actual dread – a combination which translated into significant box office success in 2011 and 2013. Why did these fairly modest pictures, virtually devoid of explicit gore, nudity and bad language, prove so popular? I would suggest it may be because they learned some valuable lessons from the original Spielberg/Hooper ‘Poltergeist’ movie (lessons which the remake has unfortunately forgotten). These movies gave good actors some decent roles, had straightforward yet interesting, cohesive plots sprinkled with a touch of humour and some effective scary moments.

Instead of revisiting the Lamberts’ fraught history, Leigh Whannell constructs this latest movie around the psychic Elise, played by Lyn Shaye – a seasoned performer of range, experience and charm. We know that the Academy doesn’t really take performances in genre films seriously, but at least here, a female movie veteran of 40 years (Shale made her screen debut in Joan Micklin Silver’s Hester Street in 1975) gets the chance to carry a movie as the central character, and does a pretty good job of it. Shale gets the opportunity to exercise her abilities and play a variety of tones – grieving, vulnerable, compassionate, determined, and humorous and provides an unwavering moral compass.

The victim of Chapter 3’s nasty spirits who sneak over from ‘The Further’ is Quinn (Stefanie Scott), a high school senior who is sure she can still feel the presence of her mother, who died of cancer a year and a half ago. Convinced that her mother is trying to communicate with her from the other side and having failed to reach out to the spirit world on her own (never a good idea) Quinn turns to Elise for help.

Elise is not initially receptive to the Quinn’s predicament as she herself is in a depression, following the death of her beloved husband who committed suicide a year ago. Having many unanswered questions, Elise has tried to find him in ‘The Further’, but in the process she has attracted the attention of a murderous spirit who has scared her enough to dissuade her from using her psychic gifts. Her sympathetic nature, however, finally wins out (just as well, or we wouldn’t have a movie).

Whannell’s economical script provides a backstory for Elise and suggests her motivations for using her psychic gifts to aid the afflicted while providing a clear plotline avoiding digressions or indulgences.  References to horror classics remain, to entertain the aficionados, (in this case movies dealing with demonic possession).

Together with cinematographer Brian Pearson,  Whannell maintains the franchise’s neat production values (but eschews James Wan’s tendency to create frenetic big bangs) and manages to navigate a mix of practical and visual effects, gradually revealing the extent of the threat that faces Quinn and Elise before shifting into full-on scary mode. The soundtrack however, is less subtle and telegraphs its intentions pretty much from the opening credits.

Whannell also returns as Specs who, along with Angus Sampson as Tucker, provide some comic relief as the high-tech ghost-hunting team that Elise recruits as her assistants. I suspect it may be Dermot Mulroney’s first venture into the horror genre. He appears in a slightly underwritten role as the grieving widower and doting dad who has to take on the ghouls of the spirit world and become his daughter’s protector. There is also a dispensable role for a younger brother (Tate Berney), which underlines its total superfluity by disappearing from the narrative for much of the time.

It was a sensible decision not to allow Insidious 3 to just recycle its original premise. If it continues to branch out into other excursions there may be mileage yet in the Insidious franchise, as it trundles along into the haunted house attraction and the ghost-train ride we have come to know as ‘The Further’, all the further it is likely to go. After all, there should be as many stories to haunt us as there are ghosts.

Set Fire To The Stars