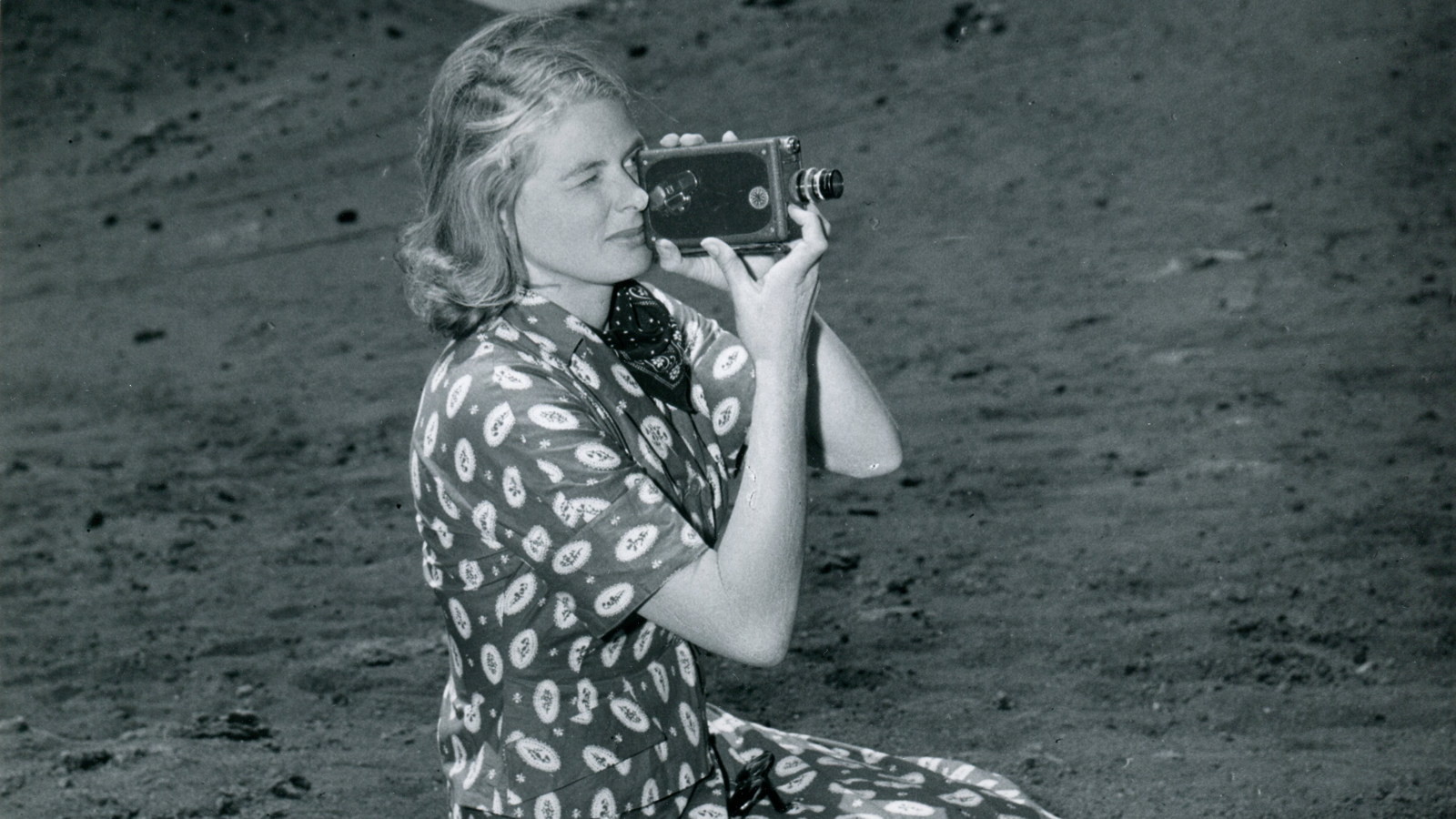 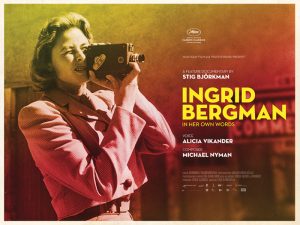 What started as a conversation in the spring of 2011 arrives in cinemas this week.  That conversation was between Swedish director Stig Bjorkman and actress Isabella Rossellini, who suggested that he might like to make “a film about Mama”.

Her mother was legendary actress and three time Oscar winner, Ingrid Bergman, who Bjorkman discovered had kept everything, despite moving from country to country throughout her life.  Photographs, film footage – most of which she shot herself – mementos by the score, diaries and letters told her story and Bjorkman was given access to it all.  It’s the basis for ‘Ingrid Bergman In Her Own Words’, which relates how, already a successful actress in her early 20s, she left Sweden for Hollywood and found almost instant success.  How in the late 40s, she outraged Tinsel Town by leaving her husband and daughter for Italian director, Roberto Rossellini and was a near outcast for the next decade.  And how she returned to Hollywood in the mid-50s, although by then she had moved to France and then spent her later years in London.

By her own admission, Bergman thrived on change, upturning her life every ten years or so, either in terms of her private life, career, location – or all three.  She never wanted to put down roots as such.  She also enjoyed something of a love affair with the camera, both photographic and cinematic.  It had started with her father, an enthusiastic amateur who used to film her and she would carry on a dialogue with him through the lens.  It meant being in front of a camera was almost second nature: she was at home, relaxed, almost flirtatious and it shows in the extracts from her films.  Most telling of all is a photograph of her class at drama school.  Your eyes are immediately drawn to her, her easy posture and smile and, unlike all her classmates, she doesn’t feel the need to look directly at the camera.  She knows it’s focused on her.

But she loved to be behind the camera as well, so much so that film was more important to her than real life.  A lot of the footage in the documentary was shot by her and there is plenty more of her using different cameras, begging the question as to how she would have fared given the opportunity to direct.  It would have meant defying the conventions of the day but, given the way she lived her life, it’s unlikely that would have held any fears for her.  Sadly, though, these home movies are all we have.

Her words – and there are plenty them, as she was an avid letter writer and diarist – are spoken in soft Swedish by Alicia Vikander.  Actresses Sigourney Weaver, whose first acting job was on stage with Bergman, and Liv Ullman who appeared with her in Ingmar Bergman’s ‘Autumn Sonata’, which turned out to be her penultimate film, are also there.  As are her children, especially Isabella Rossellini and Pia Lindstrom, her daughter from her first marriage.

Rossellini’s resemblance to her mother never seems to fade.  She has her looks, yes, but she also her voice and, as she talks, it’s clear she is her mother’s daughter, instinctively understanding her mother’s attitudes to life and work.  Lindstrom is very different: she doesn’t look especially like her mother and you sense that she was never comfortable with Bergman’s absences.  There’s the occasional twang of resentment, yet the love is still there as well.

Unlike many documentaries about Hollywood stars, clips from Bergman’s feature films are kept to a minimum and there is more footage of her being interviewed on TV, in a variety of different languages.  The extracts from her diaries and letters are all read in Swedish, so the film literally tells her story in her own words.  And the focus is very much on her as a person, with little in the way of analysis of her abilities as an actress, concentrating on her determination to live her life in her own way, regardless of its effect on her reputation.  As she puts it herself, in the eyes of Hollywood she went from saint to whore to saint again, all in about ten years.

It’s an interesting and thought-provoking insight into somebody who not only didn’t fit the Hollywood mould, but didn’t want to.  Yet she was still highly regarded enough to win no less than three Academy Awards, which put her on a par with Meryl Streep.  But the film does depend on the audience not only being aware of who she was, but also having a smattering of knowledge about her films.  Without that, its appeal is limited.  That said, it does go a long way to giving clear-eyed appraisal of her as a person and, as somebody who placed great emphasis honesty, Bergman would probably have appreciated that.