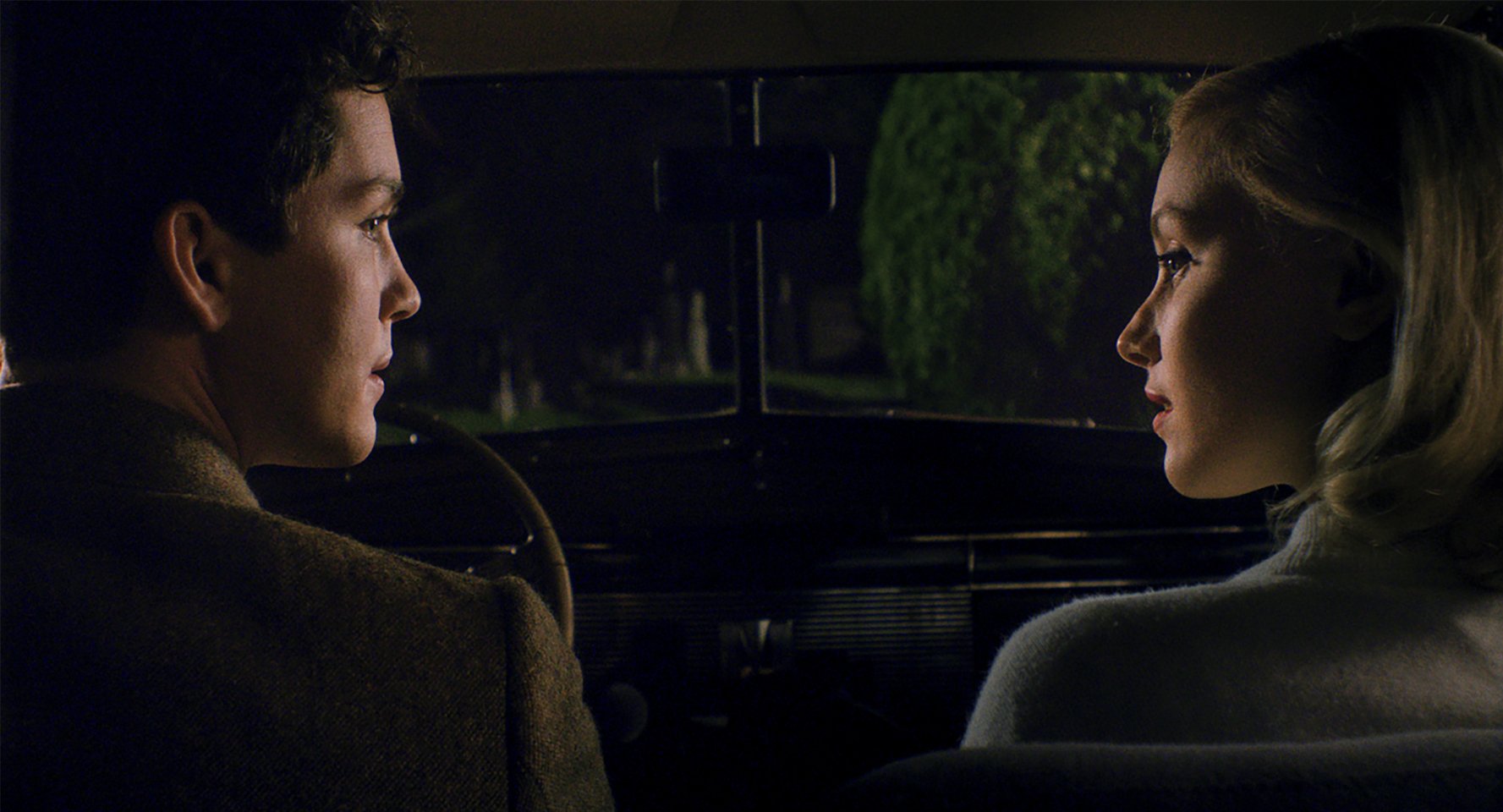 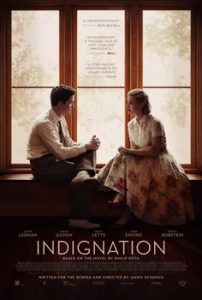 It’s not the best of track records.  Seven of Philip Roth’s novels have been adapted for the big screen, but the results have been patchy to say the least.  ‘American Pastoral’, Ewan McGregor’s debut feature as a director, opened last week to mixed reviews.  This week sees the arrival of ‘Indignation’, from another first time director, James Schamus.  Already a well-established writer and producer, best known for his collaborations with Ang Lee (‘Brokeback Mountain’; ‘Crouching Tiger, Hidden Dragon’; ‘Hulk’, ‘The Ice Storm’), he’s been quoted as calling his move to the director’s chair as his “mid-life crisis”.  And his film is about a teenage crisis.

The teenager is Marcus (Logan Lerman) who comes from a working class Jewish family but he’s desperate to avoid the draft and be sent to the Korean War.  So he enrols at college, where he works hard but prefers his own company to that of the other students.  That solitude makes his inexperienced in the ways of the world until he meets Olivia (Sarah Gadon).  They have just one date yet it leaves a lasting impression on him, but his protective mother is less than keen on the relationship.  He’s forced into making a choice.

The film may be based on one of Roth’s later books, but all the familiar themes are still there – sexual awakening and what it is to be Jewish are the most familiar.  The added dimension comes from the backdrop of the Korean War and neither we, nor Marcus, are ever allowed to forget about it.  The college has its own cadet corps, frequently on parade on the green, but the war plays a more crucial part in the story.  It’s the main reason why he, and most of the other male students, have decided to prolong their studies.  It also bookends the film, which begins and ends with Marcus contemplating war and death out loud.

Inevitably, this is another coming of age film, although we initially see him as a grown man, fully aware that much in life is down to chance and can’t be controlled.  It’s a far cry from the naïve college student who occupies most of the film, learning about sex from the beautiful and willing Olivia and growing in independence while he’s away from his parents.  But cutting those apron strings is hard for him – and even harder for his protective mother (Linda Emond).

Overall the film is intense and gloomy.  The intensity comes from Marcus – his feelings for Olivia and the very fact that he’s a teenager, with the inevitable belief that he’s right about everything, despite his lack of years.  The gloom is from the surroundings, with its dingy palette of 50s greens and browns.  The only break from it is when Marcus spends time in the college hospital, where everything is startlingly white.

Slap bang in the centre of the film comes its highlight, a fifteen minute encounter between Marcus and the college’s Dean Caudwell (Tracy Letts), a fascinating intellectual sparring match about religion and philosophy.  It starts innocently enough, with an enquiry into the student’s social life, but doesn’t stay that way for long.  Insight, fiercely help opinions and the occasional flash of anger are all delivered with razor sharp wit as the duel moves back and forth.  Their second encounter later in the film is shorter but, as soon as you see the two meet, your anticipation of round two goes sky high.

With strong performances, well developed characters and thought provoking ideas, Schamus “mid-life crisis” is a multi-layered, satisfying piece of cinema.  And it shows, despite all its predecessors, that it genuinely is possible for a Philip Roth novel to transfer successfully to the screen.