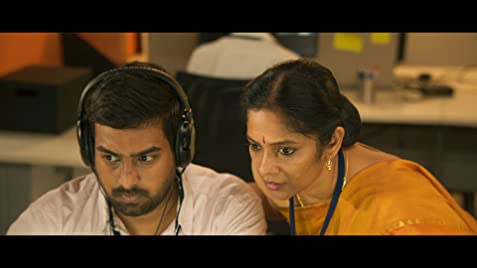 Inspired by the true story of India’s 2014 Mars Orbiter Mission (MOM), Space MOMs will be released on January 26, 2021 through Random Media. Told through the eyes of women engineers who were crucial to the mission’s success, Space MOMs recounts how India became the first nation to place a spacecraft into Mars’ orbit on the very first try. India accomplished this feat on a budget that was less than that for the Hollywood space movie Gravity.

Written and directed by award-winning filmmaker Radha Bharadwaj (Closet Land, Basil), Space MOMs is Bharadwaj’s tribute to not only the women of her native India but to women achievers everywhere.  “Space MOMs is a celebration of women made by a woman,” said Bharadwaj.  “It’s a classic underdog story, with the heroes battling impossible odds with almost no room for error.  And the heroes are normal, middle class working moms who have to balance family duties with their extremely demanding careers.  I hope their story will move and inspire not only young girls around the world but anyone with a dream that seems out of reach.”

Similar to Hidden Figures (2016), Space MOMs follows the stories not only of the MOM engineers but also of young girls from disadvantaged backgrounds who come to be inspired by them. “The engineers became role models to young people throughout India,” said Bharadwaj. “I show how the women engineers spark enthusiasm for science in schoolgirls from a dirt-poor village. It’s my belief that while nice girls may not always win, smart girls almost always do.”

Filmed in and around Hyderabad and Bangalore in India, Space MOMs premiered at the South Asian International Film Festival. The film also had special screenings at the Milken Institute’s Asia Summit in Singapore, the Indira Gandhi National Centre for the Arts in Delhi, and the Allbright Women’s Club in Los Angeles.

WWII Documentary ‘…As If They Were Angels’ Releases Feb 2