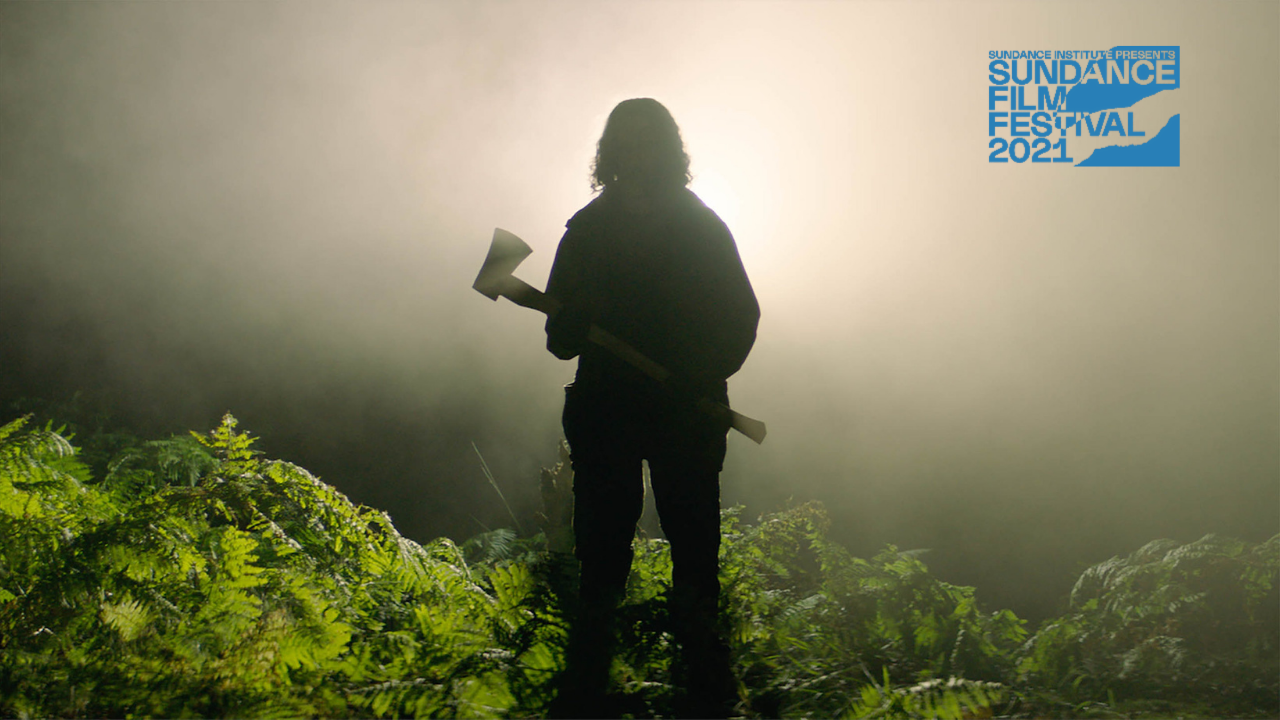 Life isn’t always easy in the times of a global pandemic. For director Ben Wheatley it was time to conceive a secret project and not tell anyone about it until Sundance Film Festival’s announcement. Over the summer Wheatley shot a pandemic film in Bristol over a fortnight, and the result is his latest film In the Earth. What does the director of High-Rise, Kill List and Sightseers have in store for us this time?

As a deadly virus ravages the world, Dr Martin Lowery (Joel Fry) embarks on a mission to reach test site ATU327A, a research hub deep in the Arboreal Forest. The arduous journey, guided by park scout Alma (Ellora Trochia), is set back by a night-time attack that leaves the two bruised and shoeless. When they run into Zach (Reece Shearsmith), a man living off the grid, they gratefully accept his help. Zach’s intentions aren’t exactly what they seem, however, and a path out of the forest and into safety quickly fades as the line between myth and science blurs.

In the Earth submerges us into another pandemic but not with all the usual clichés from the genre, thinks of it more like an eco-folklore-horror. This is an odyssey of discovery that is massively disorientating and paranoia-inducing. Once Martin and Alma enter the woods, we have no clue what they will encounter or if they will come back at all. It feels as Wheatley has gone back to his roots here as the simplicity of the camera work elevates the eeriness of what is to follow. The nauseating white lights, the sinister reds and greens create a haze-like mood that shows us not everything is as it seems. The pacing’s slow-burn effect creeps along with Martin and Alma as we come across the people in the woods.

Once we meet Reece Shearsmith’s character, the unhinged Ben Wheatley as we know him is ever so present. These quiet paranoia-inducing moments pay homage to The Wicker Man, Midsommar and most folklore horror films. With fast editing, strobe lighting and very gory moments, we see what In the Earth is all about. The pandemic has implanted misleading ideologies of those who dwell in the wood. Their interpretation of the news and literature has poisoned their minds. Living in a world of Flat-Earthers, QAnaon, Anti-Vaxxers, and the rest this feels ever more relevant. The mind can take us to dark places and here we are witnessing it. This is elevated further by Clint Mansell’s eery synth score, which he used the sound of plants to add the beguiling factor of In the Earth.

As the journey continues, we grow to understand more about what is going on, but we still have many unanswered questions. Alma and Martin are our eyes into this sinister forest, and their arks are fleshed out nicely. Joel Fry and Ellora Trochia are a Ying & Yang partnership as our protagonists. Alma’s level-headedness allows them to push through this carnage as Martin lack of leadership hinders them. In the usual Wheatley fashion, we are treated to some dark humour, and Joel Fry delivered this. Reece Sheersmith’s performance is of a British Jack Torrance level. You don’t know exactly what he is about, but eventually, we witness an eruption of his toxic ideologies—a stand out performance from The League of Gentleman actor. Between the masterful filmmaking, beguiling score and some tremendous performances In the Earth is a phenomenal return to form for Ben Wheatley. This eco-folklore-horror will chill you to your core.