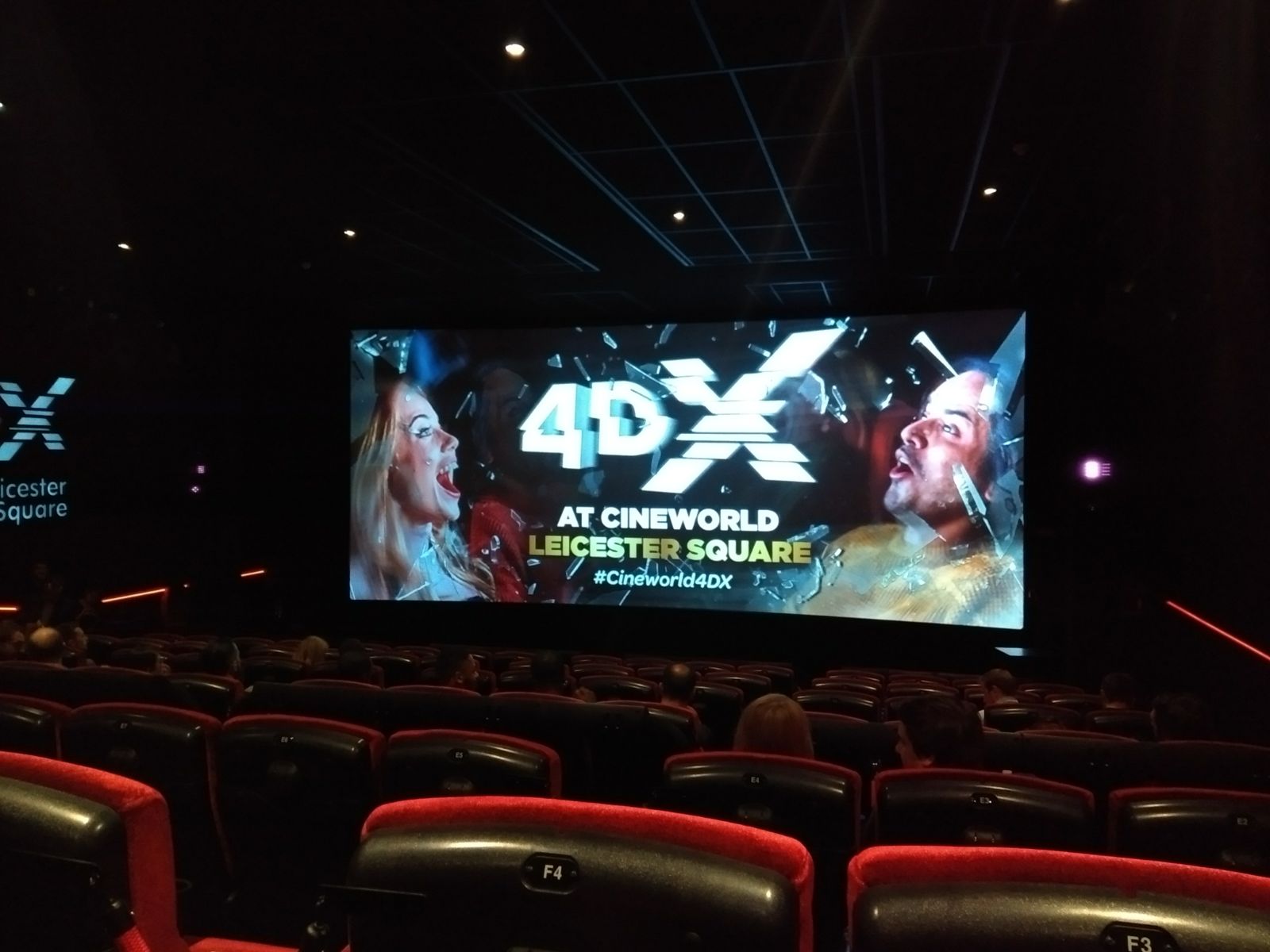 London’s Leicester square is getting a makeover. Not only has Odeon West End been closed for refurbishment for the last few months (very sad times for us limitless members), Cineworld has reopened this week after a brief hiatus, having installed new facilities including a 4DX screen.

Cineworld has always held a place in my cinephile heart; it was the first commercial cinema in the UK, having opened as the Empire Theatre in 1884, as well as being the home to my first IMAX screening. It seemed like the perfect place to experience 4DX for the first time.

4DX boasts a cinematic experience which stimulates all five senses; high-tech motion seats move to key action beats in the film and special effects including wind, fog, lightning, bubbles, water, rain and scents immerse you further into that world. The promise is that the effects are tailored to work in perfect synchronicity with the action on screen – creating the most unmissable and exhilarating cinematic experience yet.

I went along to a screening of Warner Bros. action extravaganza, Rampage, which turned out to be a whole lot of fun when you’re swung about in your seat at the same time as big action sequences unfold. The smoke, water and wind added to the experience tenfold, never failing to delight. If you’re looking for a wild ride; head to Cineworld. You won’t forget it in a hurry.

Upcoming films that will be available in 4DX include Avengers Infinity War, Solo: A Star Wars Story, Deadpool 2 and Jurassic World: A Fallen Kingdom. Book online.

Related Topics:CinemaCineworldLondonodeonRampageWarner Bros
Up Next