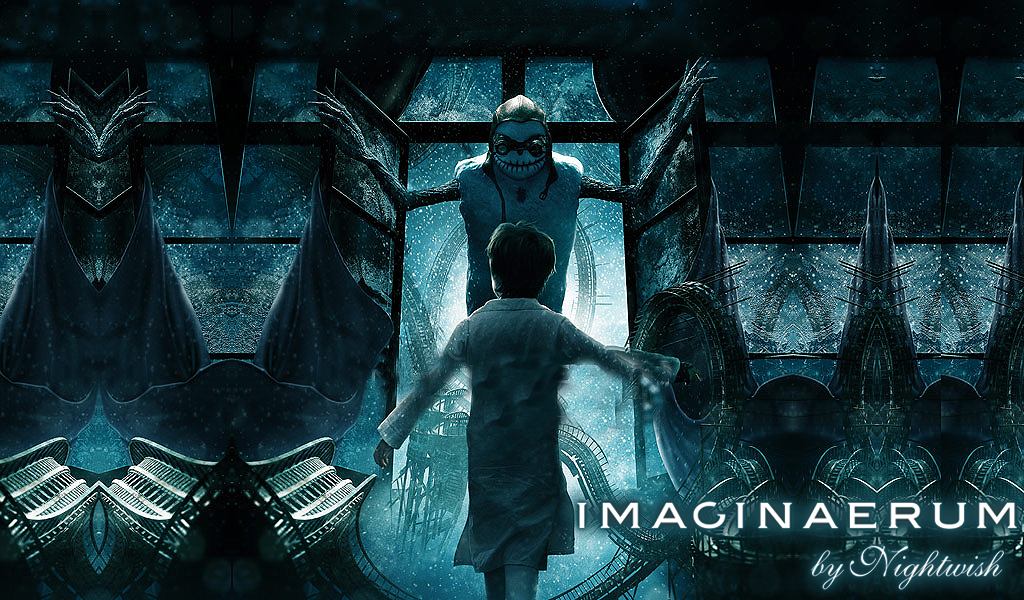 Finnish symphonic metal band Nightwish, formed in 1996, take a step away from the incredible music they have been producing over their time in the industry to bring us a new take on their music. Written by the bands founder Tuomas Holopainen and directed by newcomer Stobe Harju, Imaginaerum is a dark fantasy film powered by the bands latest album of the same name.

Imaginaerum tells the story of elderly composer, Thomas Whitman (played by band member Tuomas Holopainen who portrays Thomas at ages 34 and 47, Quinn Lord as Thomas aged 10 and Francis-Xavier McCarthy as Thomas aged 75) who in his later years suffers from dementia. Over the course of his illness, Thomas has regressed into childhood believing he is still 10 years old resulting in him not being able to remember anything from his adult life, including the daughter he neglected during his time playing in his band and composing music. Having fallen into a state of comatose, Thomas’ family and friends agree that it is time for him to be at peace. Over the last night of his life, Thomas is transported to Imaginaerum, a fantasy world inside his head that he has created from his childhood memories on a journey to regain his memories and escape the coma. Meanwhile in the real world, Thomas’ daughter Gem (Marianne Farley) finds herself on a journey through Thomas’ life and secrets trying to understand the reason behind her father’s neglect towards her during her childhood.

Usually when faced with an artist or a bands film project based on their music, it’s quite common for the artist or band to get self indulgent and take advantage of the chance to use their music on film and not worry about the quality of the film. This is not the case with Nightwish. The music from their latest album ‘Imaginaerum’ that this film is based on is very prominent throughout the entire duration of the movie. The music however is different to the original music from the album. The band have used mostly instrumental and orchestral versions of their songs to enhance the haunting and beautiful atmosphere of the adventure we take through the amazing world of Imaginaerum. The highlight of the soundtrack appears halfway through the movie with a fantastic band performance featuring the actual band, which without revealing too much adds to the terror of the scene.

Visually, for a low budget cgi heavy film, Imaginaerum is not only perfect but the imaginary world is very reminiscent of Tim Burton’s dark and twisted worlds, in particular, Alice In Wonderland. The plot, sometimes demanding of the viewer requires your full attention to truelt enjoy the film but if done so, the experience is very rewarding. Fans of Nightwish will fall in love with the world created from their music and even viewers new to band will appreciate the beauty of the musically driven film.

Imaginaerum is an emotional and stunning piece of film that takes the fantasy genre to a new place. Fueled by the powerful music of Nightwish and taking on the subjects involved such as growing old, family, mental illness and childhood fears, the beautiful fantasy world of Imaginaerum will conjure up feelings and emotions of childhood within the viewer as they experience a man’s journey through childhood to regain his memories, fix lost relationships and rebuild his life around him through a spectacular adventure within his own mind.

Much Ado About Nothing