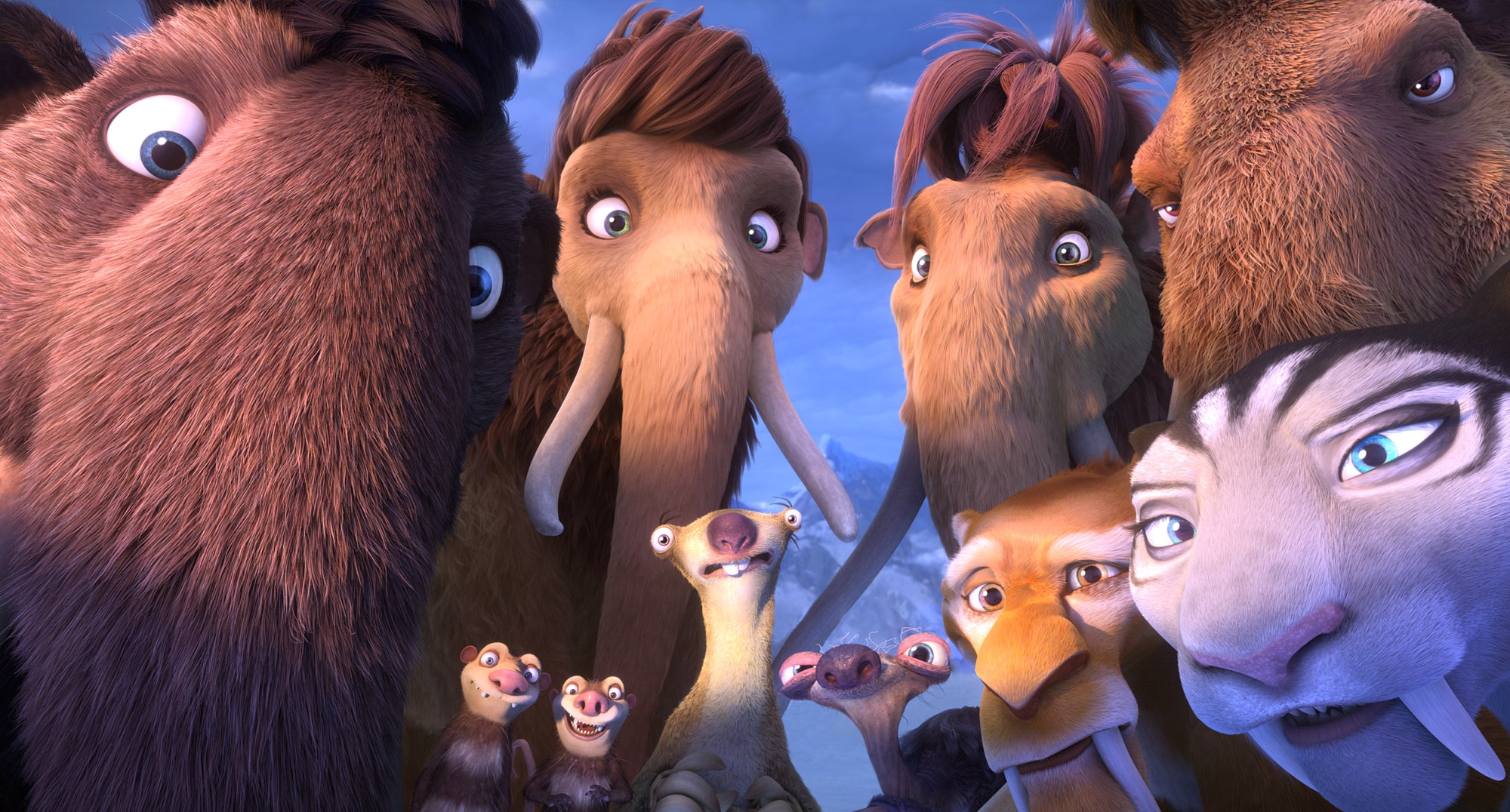 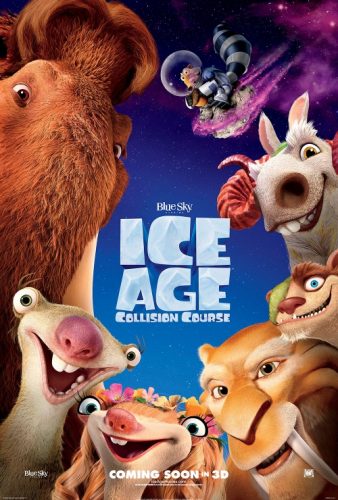 On a sunny July morning in Leicester Square’s Empire IMAX cinema, I sat surrounded by a few hundred children all sharing in a collective and frenzied excitement that wasn’t necessarily all down to the iced (blue) sugar cookies that they offered during the pre-screening breakfast; there’s a new Ice Age movie in town.

Blue Sky Studios know what they are doing with these films; there is a reason that this is the forth sequel to the original film from 2002, not including the spin-offs (Surviving Sid and No Time For Nuts).  They usually have a little something for the adults too, something a little quirky and crazy, and Ice Age Collision Course delivers, especially when viewed in 3D.

The film opens with the lovable Scrat (now an icon for the studio), who is once more just trying to chase after his elusive acorn.  In this instance, the acorn leads him to a space ship, a 70s flying saucer kinda deal. Once inside he is catapulted into space and he accidentally sets off series of cosmic events that transform and threaten the Ice Age World. We meet our old friends Sid, Manny, Diego, and the rest of the herd as they embark on a quest to change their fate, encountering some new characters along the way.  Ray Romano remains as Manny, the stable and comforting voice of the a woolly mammoth and the leader of The Herd. John Leguizamo adopts his lisp to voice Sid, a ground sloth just dumped by his heavily New Jersey accented girlfriend of 16 minutes. Denis Leary returns as Diego, a saber tooth tiger and Queen Latifah as Ellie, a female woolly mammoth – Manny’s wife.

Manny is having a crisis in terms of his family.  A doting father, he is aghast that his newly engaged daughter, Francine, is planning to leave home to travel with her fiance Julian (Pitch Perfect fans will be overjoyed to hear the vocal prowess of Adam DeVine.)  He is determined to change her mind, regardless of her desire to carve out her own life, away from her parents.

What is so great about these films is that they are very often tap into something we can relate to, even though it’s set over 2000 years ago.  One new character of note is Buck, an all-singing cockney weasel voiced by Simon Pegg, who has more than enough one-liners to keep the adults entertained.  He annoyed a family of prehistoric birds, lead by Gavin (a fabulously dry Nick Offerman), but being a East Londoner, he is sly and not one to back down from a challenge.

The real showstopper is a scene based in what appears to be a new-age cult lead by the Dalai-Llama (yes, really.) Jesse J is hysterical as a strawberry blond hippy Sloth, all flowers in her hair and whimsical.  You really want most of the film to play out here once the crew reach it.

Ice Age: Collision Course really is one for the whole family. It’s smart, deals with family issues and keeps you laughing.  In 3D, it’s a joy to see Scrat flying through space, hitting colourful meteors en route and destroying several planets on the way. It really is a deserving sequel, and from the applause from the children at the end of the screening, was up there with the original itself. A lot of fun!