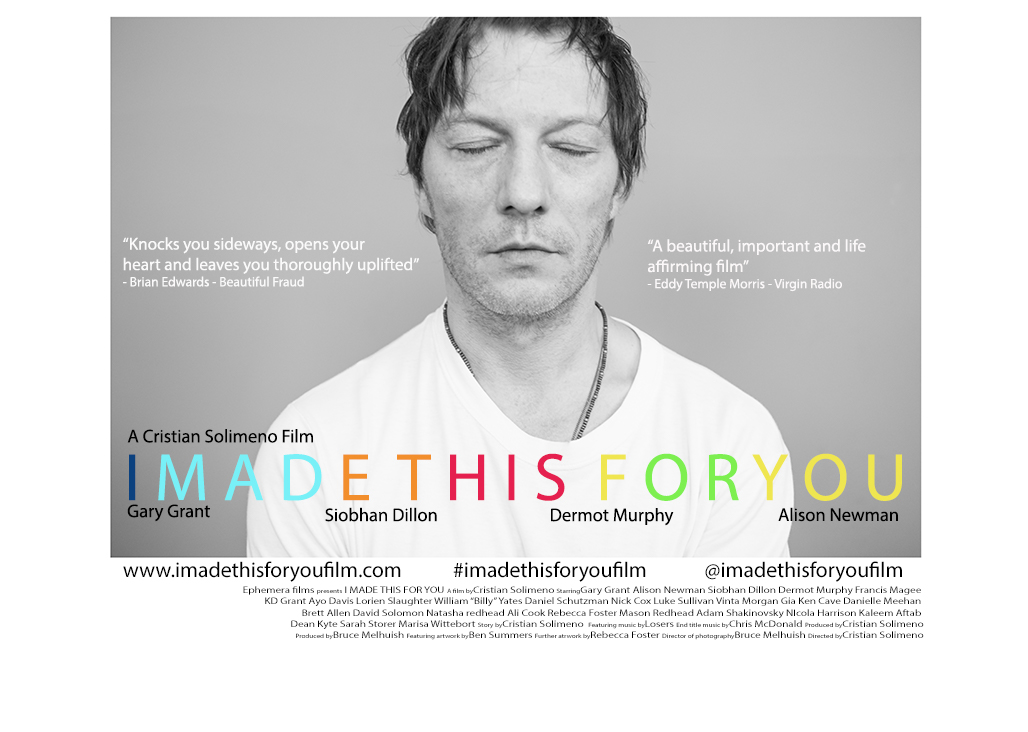 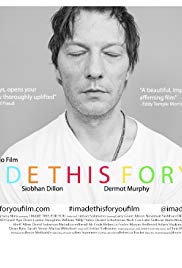 There’s a reason why It’s A Wonderful Life features regularly on both greatest film lists and so many people’s personal favourite top tens. It touches on our deepest human frailties and brings to the surface the kinds of innermost fears most of us would prefer to keep hidden; what’s the purpose of my life, would anyone really miss me if I was gone?

In his new film I Made This For You actor, writer, director Cristian Solimeno gives the premise a modern twist that is powerful, haunting, compelling and will stay with you long after you’ve seen it.

The film opens with a chilling statistic – each week in the UK and Ireland 125 people take their own lives.
In an otherwise silent flat a tap drips listlessly then flows, a man looks out of his window onto a cemetery. He sits alone on a sofa, seemingly without purpose or interest, trapped in a daze no one else can penetrate. He ignores the calls on his mobile telephone from someone called Daniel and the pleading messages the latter leaves.

The man’s life is black and white, the glimpses of Daniel’s are in colour. The man operates in a world of silence and lonely drinking, the self quarantine of a depression which, we learn later, has already seen him be hospitalised for an attempt on his own life. Outside the flat Daniel’s world is one of agitated concern, frantic calls and frustrated rejection.

Eventually Daniel slips a DVD under the man’s door. It’s a film he’s made of the man’s friends and family talking about the impact he has made on their lives and how much the loss of him would hurt them. Despite initial reluctance the man decides to give the film a go. He slips the disc into the DVD player and sits down to watch and hear what his family and reminds have to say to him.

The film within a film technique is used effectively then to build a life from the fragments of anecdotes, recollections, wisdoms and regrets of a host of characters not all of whom are professional actors.
Although this is not a single hander story like Locke or Buried, the idea is similar we learn about the central character (Al) from what is said rather than shown, in this case not by him but by others. He was raised by his father when his mother abruptly left the family home, he’s artistically talented, university educated, witty, fun, loud, obnoxious, insecure but most of all loved and valued by those who know him and who would be devastated if he succeeded in a second bid to end his life.

Gary Grant as Al, the man hiding from the world in his own cocoon of depressive isolation is the centre of the story but it’s those willing him to carry on living who are the heart of it. Each one of them is a convincing, well rounded character that you believe has a real life going on somewhere but is popping in to say something about their friend because they care about him.

I Made This For You is a thoughtful, carefully crafted and deeply insightful film on the subject of depression (without itself being depressing) but also about the complexities and enduring nature of love and friendship. While Al grapples with his emotional pain which he thinks will never end, his family and friends reveal their own fears, strengths, failings and hopes in trying to bolster him as they examine what they might have contributed to his sense of hopelessness.

I Made This For You Solimeno’s script and direction have the tightness and assurance of a genuine passion project. His execution of the talking heads documentary style film within the film is confident and impressive. Despite the premise he’s ultimately made a life affirming film about the possibility of death.
deserves a big audience and I strongly recommend it.