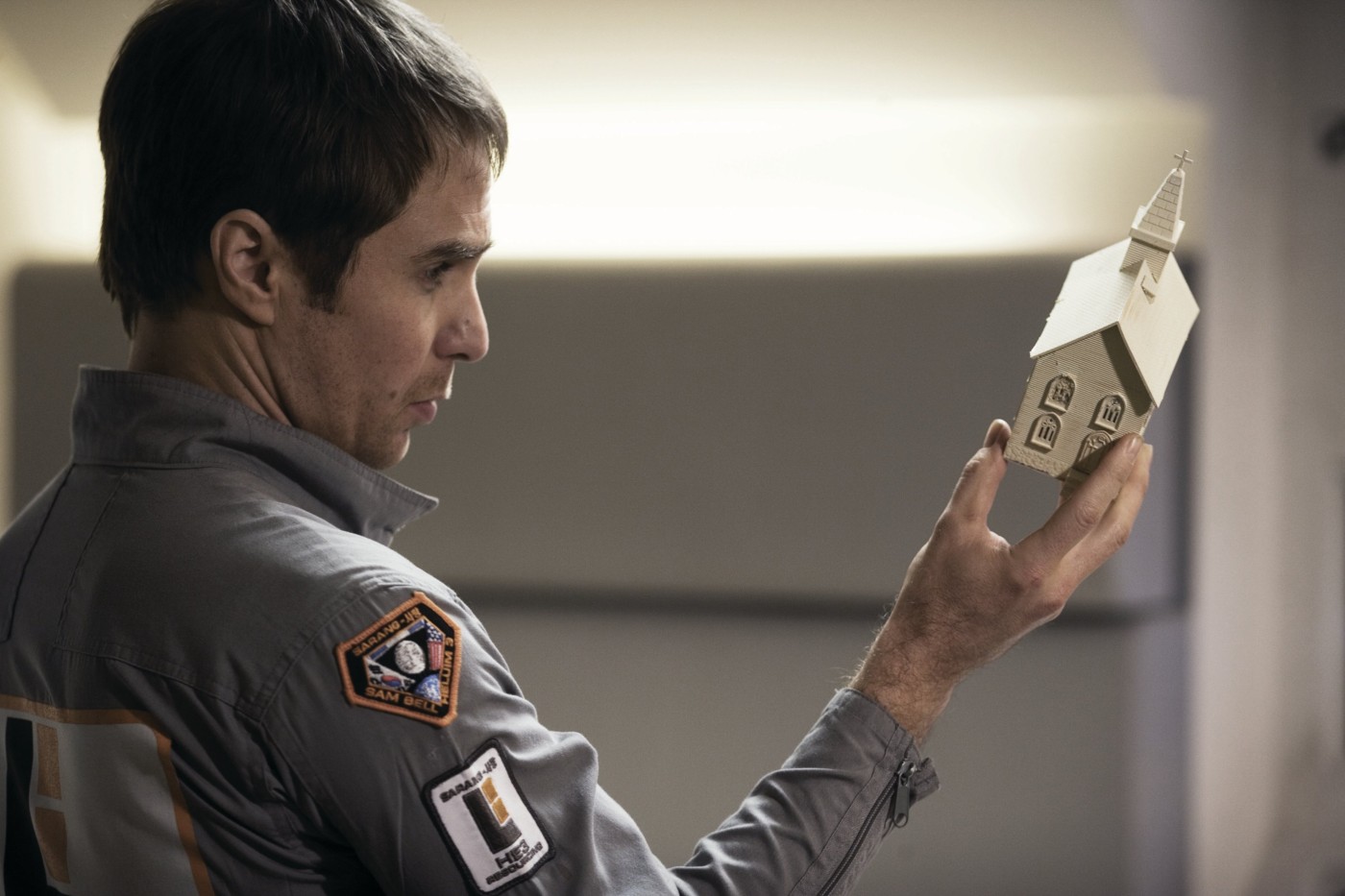 Anyone can act, right? It’s just basically lying. Actors regale the audience or the lens with said lie, whilst your Average Joe relays it to their ‘rents, their boss or their better half. Most lies though are highly addictive: a gateway drug; a downward spiral that begins with a buzz and ends with how to chase your metaphorical dragon.

Whereas we inevitably get caught out, some actors are led to that ultimate opiate of the ego: the dual role. Whilst playing these multiple characters, some actors get caught out, whilst some thrive on the high. With that in mind, here are our modern dual roles, from the sublime to the shoddy.

When Sam Bell’s (Rockwell) three year contract on a lunar module nears its completion, he’s more than a little put out to find that his replacement looks all too familiar. Never mind Three Billboards…, why Rockwell didn’t win big for his performance(s) in Moon (oh yeah, ‘cos it’s Sci-Fi) is as confounding as the film’s plot.

Speaking of arrogance, Jones’ camera jiggery-pokery in the table tennis scene verges on explicit as each character approaches the net as if to say “Look, no strings!” Such showmanship in both filmmaking and performance stands Moon apart as arguably the finest dual role appearance in film. Let’s not let Mute sully its memory.

The Prestige is an underrated gem of a Christopher Nolan movie, sandwiched between mysterious little thrillers like Memento and Insomnia and the graphic novel grandiose of The Dark Knight. Cleverly conjuring themes of revenge, assumed identities and misdirection, the film sadly shits the bed with the introduction of Fallon, the double of magician Alfred Borden (Bale). Not only sharing the stage with his double, Fallon shares Borden’s life and his loves (or at least, he tries to) unbeknownst to everyone else.

So it’s a shame that the wardrobe department make Fallon look like a character from the Funny Face game off of the 80’s: false nose here, stick-on-beard there, big-ass hat on top. Nolan directs all of Fallon’s screen time with him preparing to leave the scene, sitting in the shadows or skulking in a doorway. It’s as if Nolan knows the timer’s running out and Fallon’s features are about to be forcibly thrown forward. Could Christian Bale, The Finest British Actor of his Generation™ not have been trusted to do more with the character? Because instead of misdirection, Fallon’s a distraction.

Okay, there’s no way around it: the only thing more confusing that Twin Peaks, was Twin Peaks: The Return. There’s something about an H-Bomb, evil being manifested in the form of BOB, and the Black Lodge basically having an open house invitation. Maybe.

What is obvious though, is that this is Kyle MacLachlin’s finest hour. Hardly known for his acting chops, the fan’s disappointment at the absence of his Agent Dale Cooper was offset by his turn as Dougie, a Cooper-in-a-waking-coma of sorts. Empathy-inducing, hapless as well as helpless, he was often the light relief in a very, very heavy show.

At the opposite end of the scale was ‘Evil’ Dale Cooper, who’s seemingly possessed by the spirt of BOB. Maybe. With eyes as black as your hat and an obvious penchant for sunbeds, this is MacLachlin as he’s rarely seen: cold, cruel and calculating. 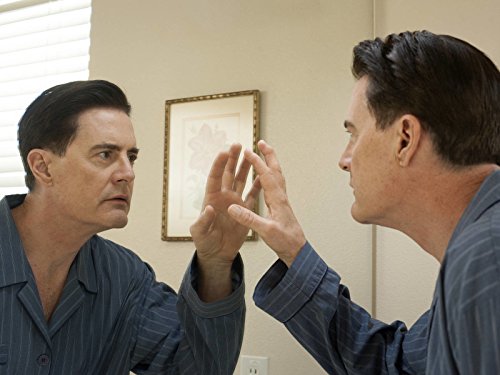 As nice as it is to have M. Knight Shyamalan back on form, he’s never been one to subscribe to the theory of ‘less is more’ and Split is less of a dual role than an actor’s audition reel. 2016’s tale of kidnapping, imprisonment and multiple personalities is as OTT as that person we all know who says, “Oh, I’m crazy, me!” before trying to get you dancing on the tables. In a Wetherspoons.

James McAvoy has more costume changes than Katy Perry as he flips between any one of his twenty four (!) personalities, each more James McAvoy than the last. It’s as if Shyamalan was manufacturing a 90’s boyband called Scitso Frenic: “Okay, you’re Camp, you’re Skinhead, you’re Lispy, etc, etc.” Still, at least sitting through it means we get the Unbreakable sequel Glass. Result. 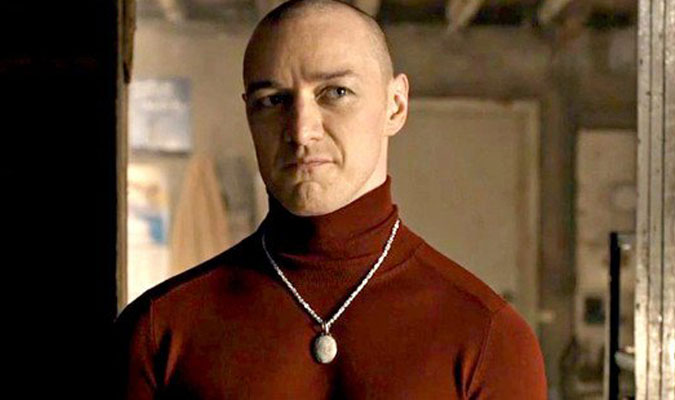 What’s better than one Tom Hardy? You guessed it. Tom Hardy as The Krays. Stick glasses on one, give him a cigar, give the other one a cigarette and lower his voice a bit and…”Action!”

Thoughts of a Tom Hardy sandwich aside, Legend is more notable for its technical accomplishments than its compelling story-telling, with that fight scene remaining an impressive and seamless piece of filmmaking. It’s just that once the novelty wears off, having Tom Hardy working on two different styles of barely audible mumbling just feels a tad…unnecessary. Call it old school, but give me Spandau Ballet any day. 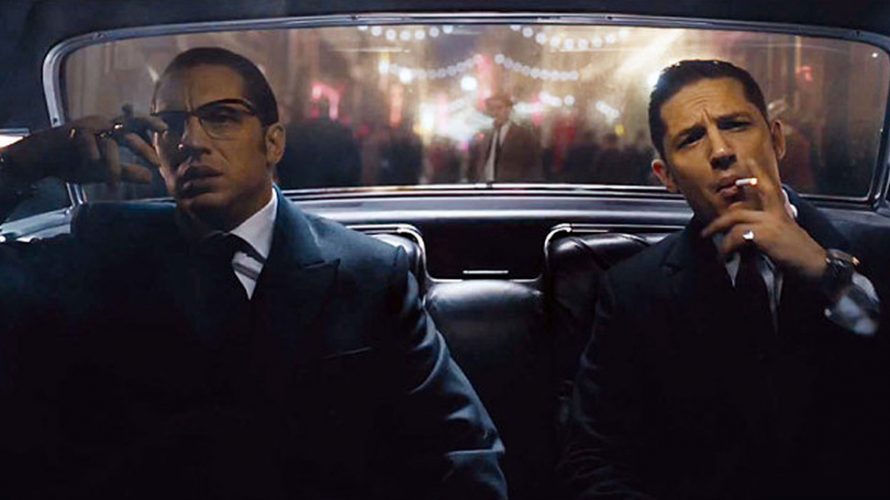 A reverse dual role if you will, Constantine (the world’s most evil frog) gets Kermit banged up so he can use The Muppet’s tour as cover for a jewel heist. It’s obvious to everyone except The Muppets that Kermit and Constantine have performed the old switcheroo.

Constantine’s Borat-esque accent goes largely undetected, his beauty-mole pokes out from beneath his concealer and his phobia of heights renders him incapable of performing the iconic “It’s The Muppet Show” introduction. But still, Constantine’s imitation of Kermit is all part of the fun. It’s just a shame that Muppets Most Wanted is a pale imitation of The Muppets (2011). 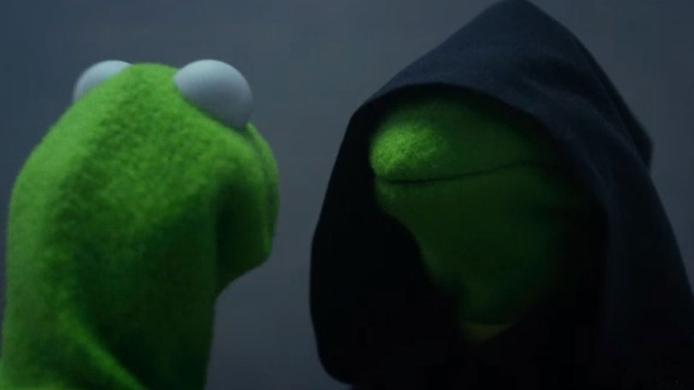 And with that, there’s ours. Now, which are yours? Let us know your favourites or your least favourites in the comments below.