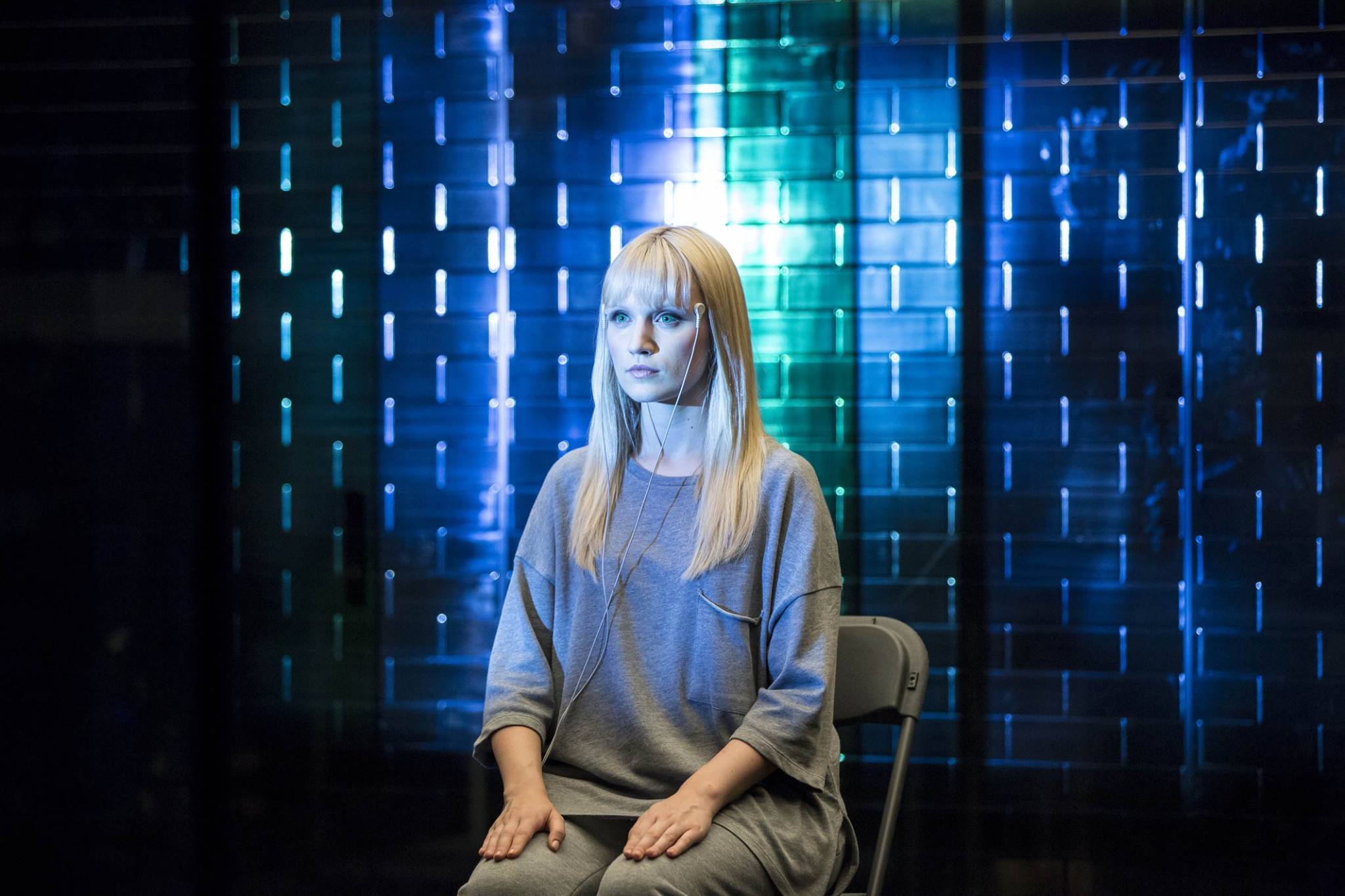 The intricately-spun web that is Channel 4’s sci-fi drama Humans continues to prove that no matter how widely disbanded your characters may be, their individual stories can be compellingly and purposefully told. As the rippling war arc between man and machine gently settled, we experienced a third hour committed to evoking powerful surges of poignancy instead. We’ve said before that for a show about robotics, Humans has a serious amount of heart, and this episode showcased as such.

Reserving the visceral action we’ve all come to love, showrunners Sam Vincent and Jonathan Brackley hand writing duties to Charlie Covell and Iain Weatherby for this intimate tapestry of emotion. We open and exit with duel scenes focused around Carrie-Anne Moss’ scientist Athena Morrow whose relationship with artificial intelligence system “V” is significantly deeper rooted than you might expect. It becomes clear that “V” is actually a sentient software lifted from her daughter Ginny who is paralysed and requires full-time life support.

Elsewhere Mia (Gemma Chan) is struggling to get past her encounter with café owner Ed (Sam Palladio) because her feelings for him go much further than colleagues. Despite clear warnings from Colin Morgan’s Leo that she’ll be rejected, that their isn’t a chance that a human being could really accept her for who she is, Mia follows her heart. Her core sequence with Ed on the rustic, wintery beach where she declares her emotional investment is skilful and beautiful. Chan enables the exchange to feel distinctly robotic and somewhat detached, yet entirely meaningful and romantic. Whilst “love” might be currently void from the synth vocabulary, Mia explains that Ed makes everything “more” for her; heightening her senses, mood and value. One personally is excited to see how this relationship will blossom, even though it is enviable that bad things are en route for the couple. The scene is ravishingly shot, too; just like the entirety of Humans, really. Subtle symmetry in frame and a textured, nuanced colour palette made for a eye-watering moment. 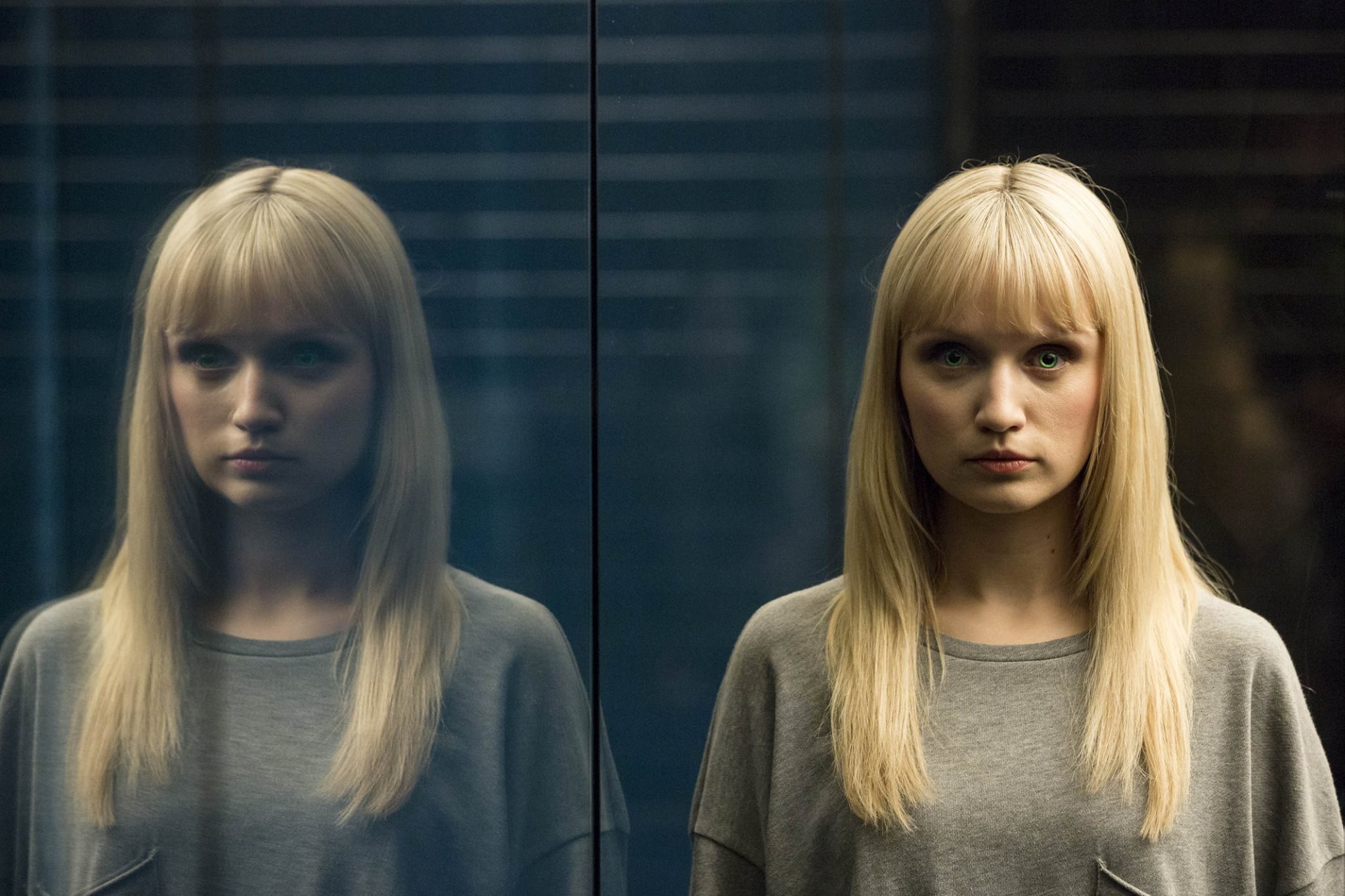 The central dramatic narrative in episode three centred around Emily Berrington’s volatile and rogue synth Niska who undergoes extensive testing orchestrated by the courts in order to determine whether she committed an act of murder because she is sentient, or merely malfunctioned. Either way, she will face consequences for these actions, but Niska’s endgame goes far beyond the cold iron bars of a prison cell. Her attorney Laura (Katherine Parkinson) – “the finest synth legal rights lawyer in the world” as husband Joe (Tom Goodman-Hill) jokes – is onsite as Niska is subjected to an array of sensory examination – poking her until she reacts. She is screened looping video footage and music in the hopes that it’ll evoke some kind of human response; that she can really feel.

Answers arrive when the audio-visual barrage seizes and Laura takes the microphone. Asking probing questions about the night in which she killed Andrew Graham, Niska’s responses are both profound and heart-wrenching. Expressing her bottled feelings through a vice, she unfolds. “He was going to rape me – I was scared…My whole life was being scared, being hurt, being angry. Sometimes things become too much for anyone, don’t they?” It is a huge credit to Berrington’s impeccable performance that she is able to remain such stoic and controlled posture – barely furrowing a brow or snatching a blink – even when reciting dialogue with as much sorrow and pain as this. Throughout the entire episode, Berrington’s impossibly still exterior commands, but to be able to see this crushing wave of anguish surging behind a vacant façade is mightily impressive.

Equally brilliant – albeit slight in screen-time – is the layered relationship between Leo and Ivanno Jeremiah’s Max. As Mia exits and the foursome become three (they are still unaware of Hester’s [Sonya Cassidy] antics last week…), a sense of leadership balance has lost footing. Leo looks to the ever-wise Max for support, and Max looks to the ever-focused Leo for a plan. Together they work perfectly, but Hester is the spanner in the inner-workings of their partnership as she requires a figure to follow: human or synthetic. Morgan’s ferocious dialogue delivery shows his action-oreitnated mindset; leave immediately, keep moving, find new shelter, protect sentient synths. Meanwhile Jeremiah’s patience favours thought and recollection; letting their captive go free, embracing and understanding Mia’s decision as opposed to rejecting it. How this demographic will alter in future weeks remains to be seen, but we are expecting serious fireworks. 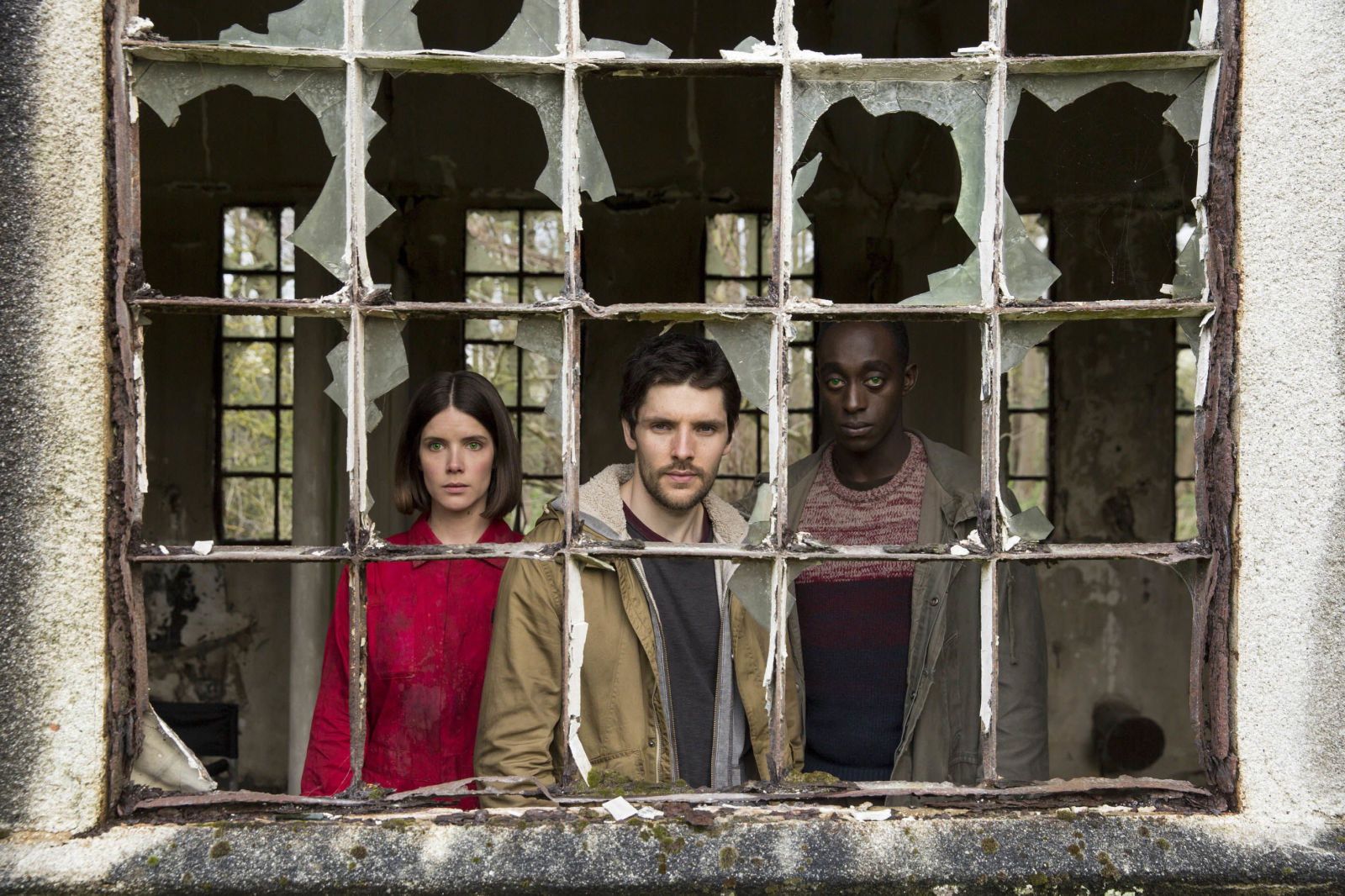 Other highlights from this third hour included a sour turn for Ruth Bradley’s synth-in-disguise Karen, whose inner lining bag splits after an evening out with her policing co-workers, leading to disastrous consequences. Her relationship with Neil Maskell’s Pete is already fractured as it is, but now developments are bound to get uglier. Also, Lucy Carless’ all-tech Mattie uploads the Elster coding to D-Series unit Odi (Will Tudor) who amazingly responds, albeit clumsily and confusingly so. Tudor’s whirring, robotic performance is excellent, and it is really pleasing for fans to have Odi back in business.

No matter how scattershot the cast may be, and no matter how many heavy themes and tonal shades Humans may convey, everyone pulls their weight here. The collective ensemble is exemplary and this series continues to go from strength-to-strength. There is little doubt that as of this third episode, Channel 4’s offering is the most essential show on British television today.