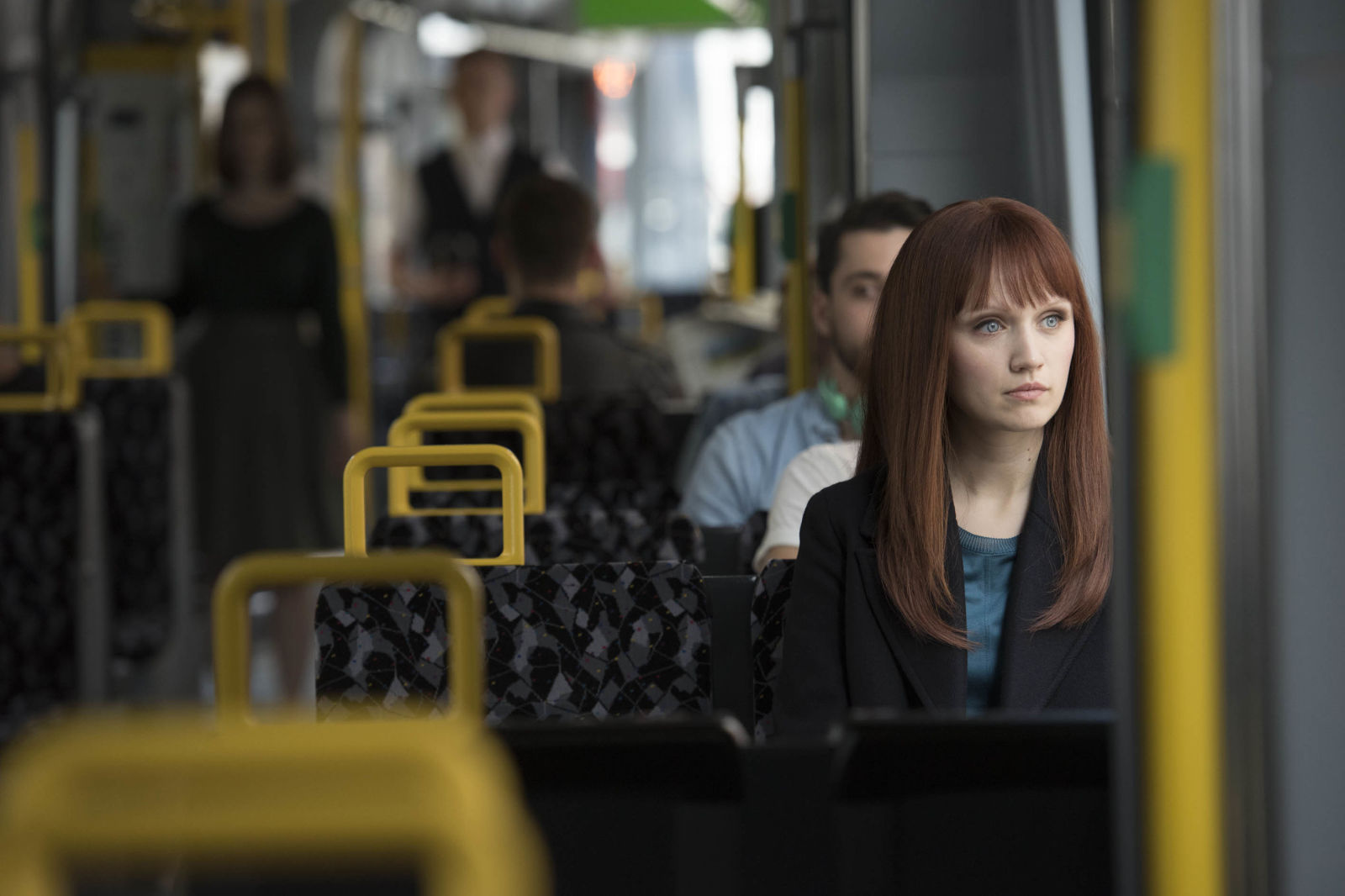 Channel 4’s forward-thinking drama Humans returns with an hour simply erupting with ambition and social relevance. After the critically-acclaimed first series scored the network its highest ratings since 1992, exceptions for a second outing were undeniably high.

However such pressures haven’t phased showrunners Sam Vincent and Jonathan Brackley who deliver on their word of global influence and expansion. This first episode voyages between the UK, the US, Germany and Bolivia, telling a panoramic story of technological advancements. We pick up with fugitive and sentient Synth Niska (Emily Berrington) in Berlin some six months after past events. Initially in a state of deliberation, she decides to upload the secret software upgrade that gave her fellow machines human consciousness. Around the world, synthetic slaves begin waking up and unbuckling the shackles of their robotic existence.

It would be easy for such a gigantic development in the playing field to become overinflated, however Vincent and Brackley smartly implement the worldwide alteration. Random synthetics – some one in every 100,000 – receive the code, enabling audiences to attach themselves to a mere handful of ‘smart Snyths’ as opposed to a pandemic. Further thoughtfulness comes in the morality of such change. When the software overrides factory settings and a synthetic becomes humanised, subtle undertones of current affairs start to seep.

A major running theme in Humans is not just man versus machine, rather how our society represents those considered to be “second class citizens”. The sentient synths – now no longer chained to the limitations of their programming – are fundamentally refugees; searching for a better state of life, travelling in small groups, hoping to avoid detection. Never do Vincent and Brackley force the audience onto this line of thought, rather their narrative has respect for spectator intelligence and lets such subtextual notes play out naturally. 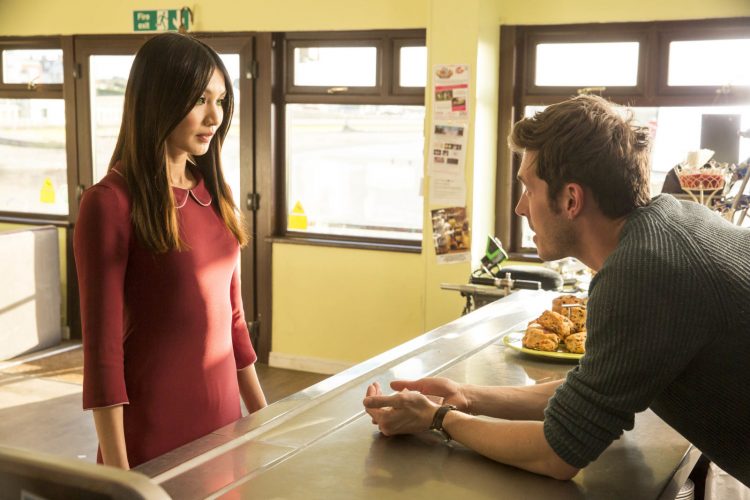 For a programme centred around robots, it is admirable just how many perceptive things Humans has to say about, well, humanity. Their is a heart vibrantly beating here as we explore the validity of emotions, family, and wider interpersonal relationships. New Synth Hester (Sonya Cassidy) describes feelings as “contradictory data – an excess of sensory feedback that makes no sense and serves no useful function.” Ivanno Jeremiah’s sincere and sage Max is quick to enlighten. “Emotions have functions, you’ll see”.

Cassidy isn’t the only debutant is series two, either. American actress Carrie-Anne Moss of The Matrix fame enters the fold and makes a fantastic first impression as Athena Morrow – a synthetic-symphasing scientist who is seeking progressions of her work – yet she is cynical enough not to welcome handouts from a potential corporate investor.

Something most impressive about Humans is the physicality of Synth performance. The nuanced body language, posture and movement is quite simply a marvel; finitely straddling the beam between seeming “too human” and “too robotic”. The aforementioned Berrington and fellow female co-star Gemma Chan have mastered such craft. Black-faced impassivity is contrasted by glimmers of prodigious mortality. Mia relishing the feeling the wind in her hair and wheat in her fingers. Niska smiling at a headline reading: “Synth tram driver abandons passengers to look at the birds”. Together they occupy space in frame with proficiency, enabling the viewer to notice their finite detailing without consciously drawing complete attention. 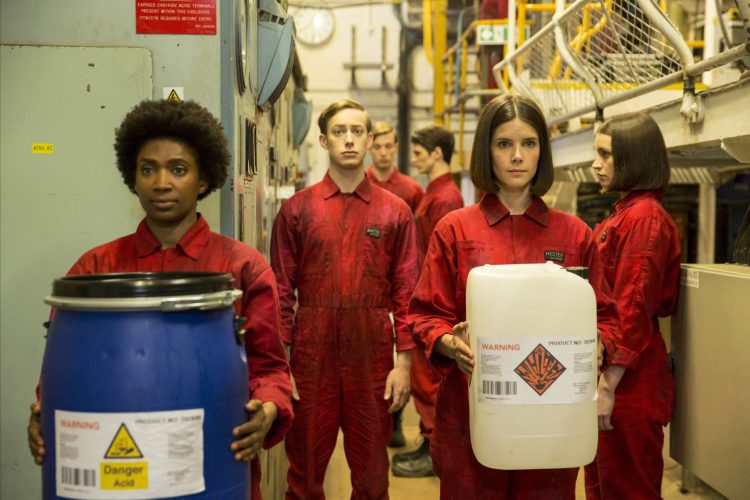 Equally matching the breadth of thematic scope and characterisation are the assortment of morally conscious ideas this first episode and hopefully series explores. We tap into LGBT, Internationalism, crime and punishment, migration, redundancy and basically everything in between. Heavy groundwork has already been laid, enabling the drama to flourish as we push onwards with Series 2.0 at it is promotionally stylised.

Comparisons to HBO’s gargantuan science-ficition epic Westworld will come thick-and-fast (a typical case of conflicted scheduling; it began airing on Sky Atlantic earlier this month), but Humans is more indie movie than Hollywood blockbuster. Perspective and focus here is significantly tighter; ensuring its domestic nature remains at the forefront of expansive scientific developments. It profiles how common people’s lives are altered by their connections to technology, and what it means to be in a landscape so laden with contrast and change.

This is the rare British export which is willing to pose important and pressing questions, without expecting easy answers.