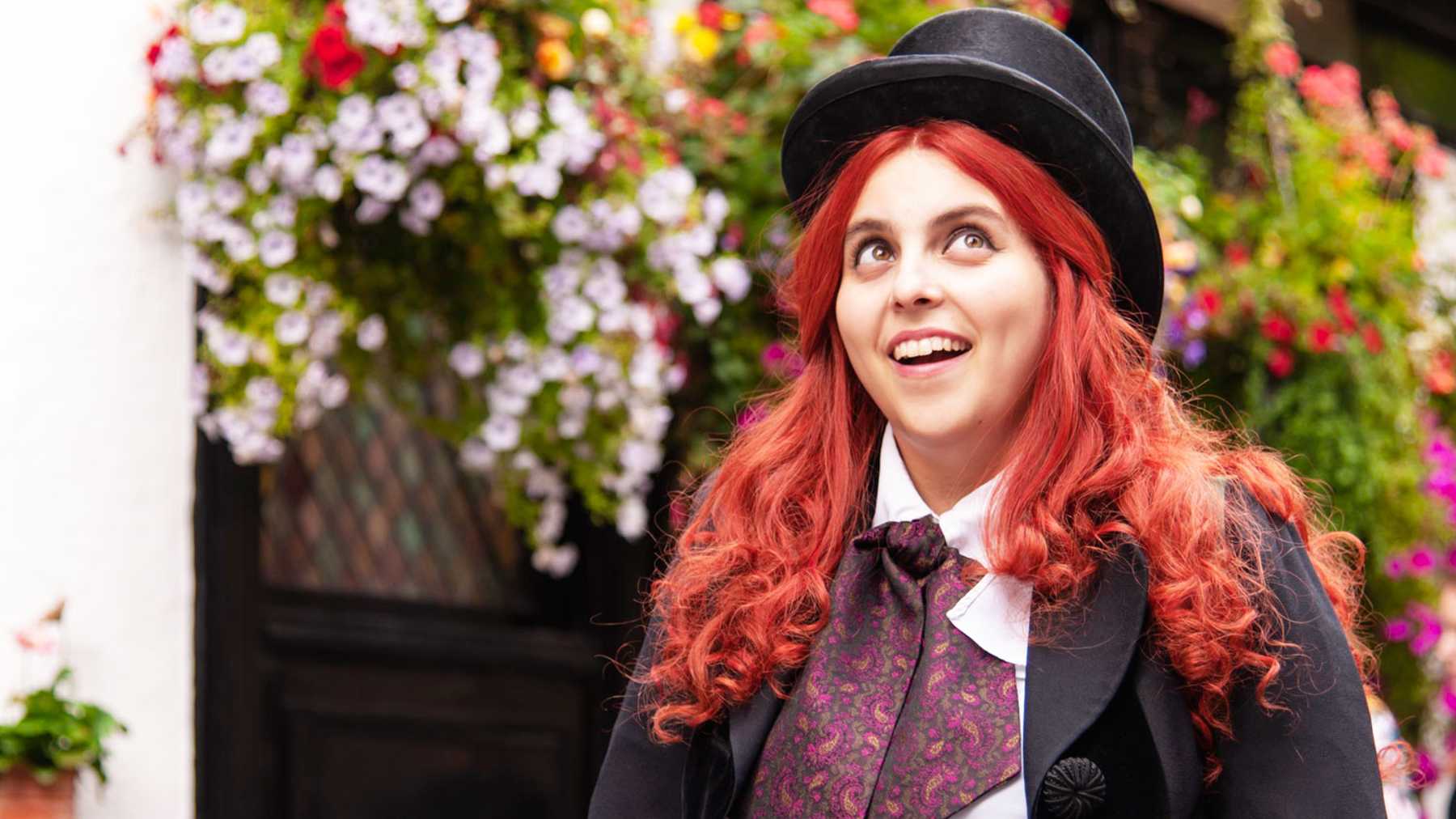 A columnist and author, Caitlin Moran is one of the UK’s leading female journalists. Her 2014 novel of the same name, How to Build a Girl, charts Moran’s career and development journey with its semi-autobiographical nature.

Despite having a title sounding like a self-help guide, How to Build a Girl, similar to its leading character is a loud, brash whirlwind embedded within a coming of age tale. Directed by Coky Giedroyc, the film has an amusing, superficial narrative as that rock music soundtrack to Moran’s life depicting that teenage rags to riches dream. Moran describes writing How to Build a Girl as a guide for teenage girls which would have, in retrospect, been the perfect letter to her teenage self about the pitfalls and triumphs in life. This tone reverberates throughout the film as there are several moments with a voiceover providing advice on life and love.

How to Build a Girl embraces the girl behaving badly trope across its three acts. Set in the 90s, it is unsurprising to see the levels of workplace hedonism on display; the lack of diversity, the subtle but still-present degrees of workplace sexual harassment in a pre ‘Me Too’ era. The film tackles these aspects in the style of a rock music video with over-exaggerated caricatures, while the structure of the film is often theatrical and whimsical in nature.

It is often easy to forget over the course of How to Build a Girl, that the protagonist Johanna, played by an impressive Beanie Feldstein, is only 16.  Johanna is the proverbial ‘geek’ wishing for a better life and finding that necessity is the mother of invention by re-inventing herself, literally.  Evoking that sense of ‘nice girls finish last’ as Johanna utters that ‘bitch-gotta-pay-rent’ there is a who’s who celebrity Wall of Gods, try to identify them all if you can, offering life advice whose voices become silent as Johanna revels in the popularity of infamy whilst wearing an 80s style Madonna inspired look.

The film constructs a degree of duality in its comparisons between life in Wolverhampton, where Johanna grows up and the dazzling streets of London. Its depiction of life on the ‘good side’ or the ‘dark side’ – the dark side with its enthralling nature, parties with other journalists and the surrounding celebrity culture easily seduces.  The trajectory of such a transition seems similar to a road trip with a path of self-discovery as Johanna travels between one life and one persona in Wolverhampton and another in London.

Centering on this aspect of playing a role and having that alter-ego which relates to the theatrical nature of the film. The structure of the film would translate seamlessly into a musical, reminiscent of Moulin Rouge, especially given the random bursts of song as a musical number. How to Build a Girl does subvert the typical musical journey with its slapstick moments similar to Bridget Jones’s Diary and Eighth Grade, and the honest depiction of teenage turmoil in having to navigate one’s way through an extremely adult environment in the world of professional journalism.

Johanna’s relationship with her family members is heart-warming and provides that depth to this film which is lacking in substance elsewhere. Sadly the film also feels predictable in offering a redemptive arc towards the end of its three acts.

Moments in the film do seem quite Alice in Wonderland inspired, with its bright colour palette and occassionally chaotic scenes, yet it is refreshing to find a rock star amongst the madness, in the form of John Kite (Alfie Allen). A character that is not jaded and sexist, but humane as that antithesis providing a moral compass and guiding light in a world of hedonism.  Such kindness and poetry reciting by John, are inevitably mistaken for a greater affection in scenes of unrequited love that may seem wince inducing in recollection of teenage angst, but provide that realism rather than subscribing to a fairytale moment sealed with a kiss.  The film treats such moments sensitively and it’s refreshing in its approach to Johanna’s sexual awakening, with a level of candour that all girls probably wished they could have received as a teenager from that cool older cousin or aunt. These scenes are compelling in some of the few standout moments of the film.

How to Build a Girl charts the highs and lows of teenage life but is also not afraid to touch upon more serious matters of depression and self-harm.  While these psychological elements are not expanded upon in great detail in a film of this nature, it does serve to highlight a rounded portrayal of teenage life and corrupting influences.

How to Build a Girl is raucous, enjoyable fun with an uplifting soundtrack that will certainly cause delight to those reminiscing about the 90’s. Despite its penchant for the extreme, there lies a tale about a girl who broke through the career glass ceiling all the while combatting class prejudices. Coupled with the frank sexual education discussions, it adds a compelling dimension to the film. With its quick edits, aspects of fantasy and good versus evil storyline, How to Build a Girl traverses its coming of age narrative and will appeal to many with its dark humour. While the kinetic style works well to depict the chaotic exterior world and inner turmoil encountered by Johanna, ultimately the film does not explore anything new within the genre.