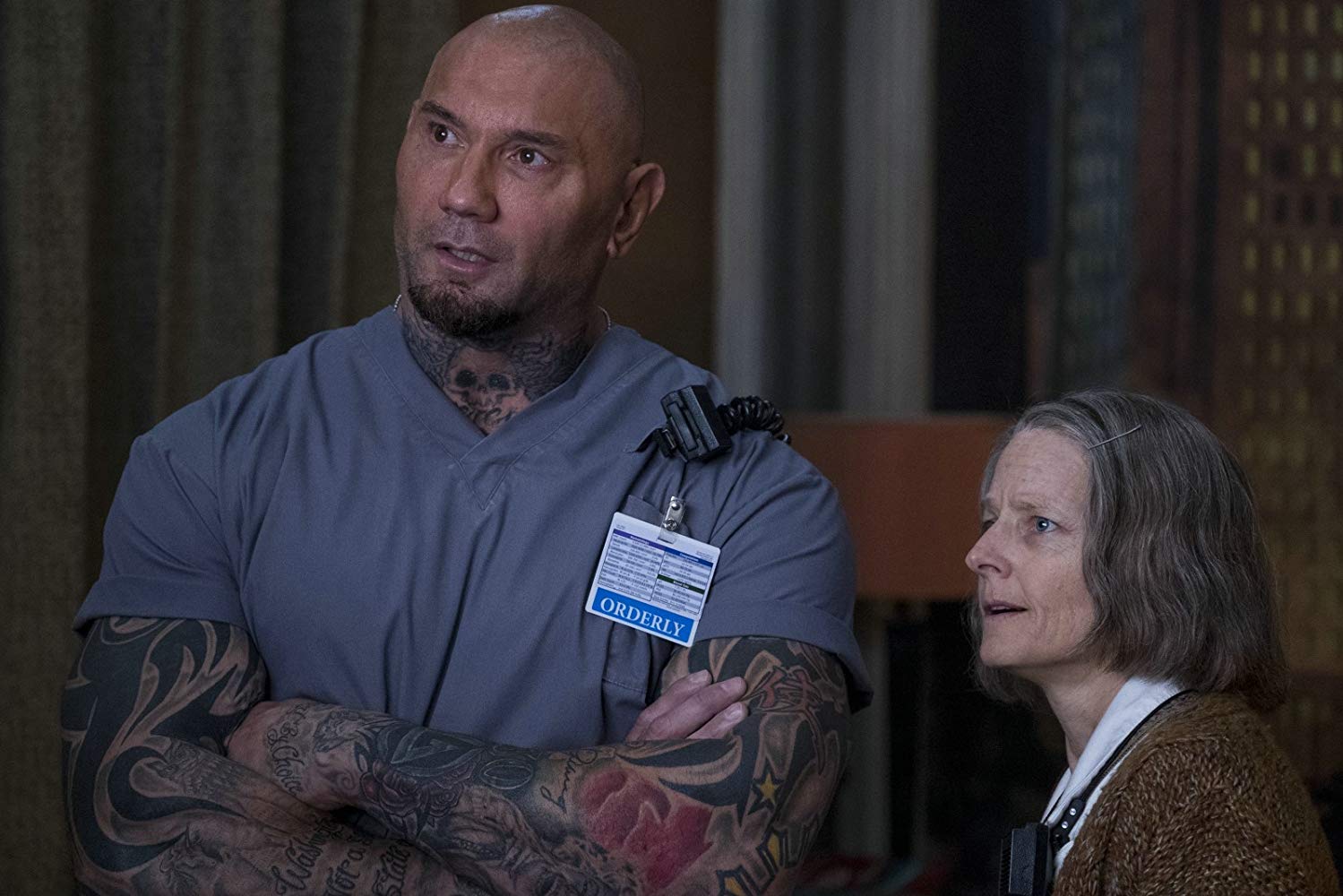 Iron Man 3 alum Drew Pearce makes his feature directorial debut with this slick future-set actioner – evoking the neon-tinged hyperbolic aesthetic of John Wick and applying it to a more stripped-down set-up akin to Joe Carnahan’s strangely forgotten Smoking Aces. Hotel Artemis sees the eponymous underworld hospital of the future come under siege by forces both outside and in, with a who’s-who of “hey – it’s….!” figures to bring its gleefully vitriolic war well and truly to life.

On Pearce’s part, Hotel Artemis knows its own playbook pretty well – tense action beats are played with coherence but don’t skimp on imagination, and the staging of it all is first rate. Jodie Foster, meanwhile, leads an engaging cast that includes a wonderfully sleazy Charlie Day, the brilliantly deadpan Sterling K. Brown, and an amusingly in-her-comfort-zone Sofia Boutella. It’s best to keep as much of its casting a surprise as possible, but there’s tons of fun to be had via mere cast reveals to keep proceedings engaging.

On the action front, though, it is strange that Hotel Artemis feels as subdued as it does as regards its own sense of internal rage. Whilst far from a bloodless PG-13, Pearce’s film never quite embeds itself as much in the hyperviolence of its world as you’d expect, or, rather, hope. It’s certainly no John Wick in that sense, and, though there is a decent share of world-building to kick things off, it’s quickly evident that this element of restraint is self-imposed by Pearce’s writing, rather than a by-product of now requisite franchise-creation. Hotel Artemis, incidentally, could easily garner itself a cheap and cheerful sequel or two, were there somehow a demand.

On the back of this pretty solid ninety minute actioner, that’s absolutely a consideration. The world it builds is fleshed out enough to intrigue, the cast are game for an intriguing balance of quirk and creepiness, and Pearce steps up to the director’s chair with unbroken confidence and a comic book sensibility that takes him deftly to the finish line. Stoker cinematographer Chung-hoon Chung astonishes as ever, and, while not his showiest work to date, Cliff Martinez’s score fleshes out the bonkers world of Hotel Artemis nicely.

Best aimed at those looking for another round of Smoking Aces-grade action – though, without quite the same singular ferocity – Hotel Artemis is a nice bit of bullet-laden fun with a lively cast and some slick visuals. It’ll never be one of the iconic points on the timeline of action cinema, but it’s a worthy stop-off on the way between the ones that are.