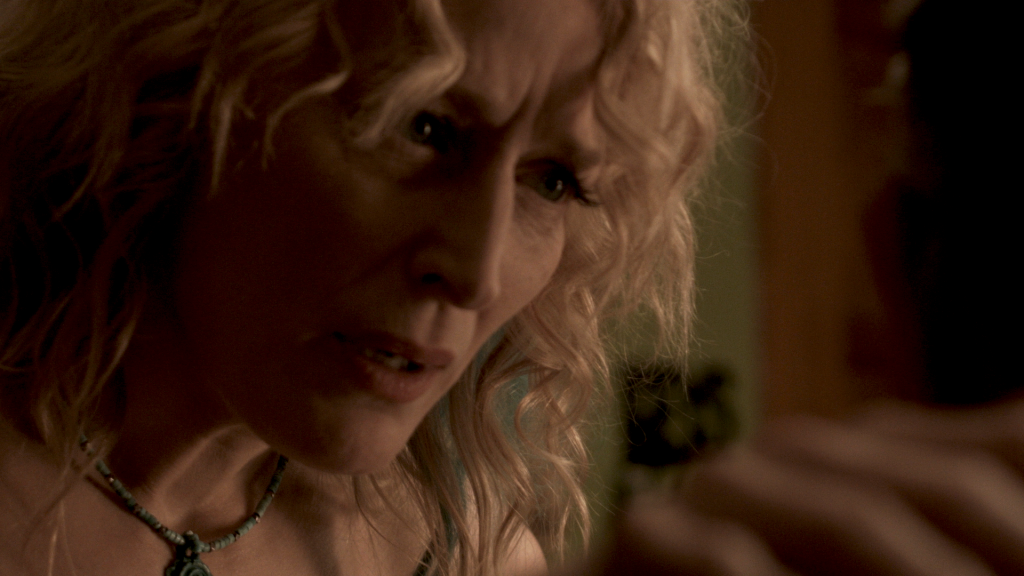 Written and directed by Matthew Dunehoo, ‘Wretch’ follows Nat Harris, a young man who should be celebrating his 30 days sobriety, but instead he’s coming undone. Booze suppresses hallucinatory visions of a disfigured face that’s haunted him since childhood and getting clean means the visions are back with a vengeance. Things get worse with the news that his new boyfriend, Adam, has cancer. As Adam shares his fears, Nat tries to assure him that he is not going to die. Jean Alexander owns the vegan café where Nat works. She’s convinced he is spiritually “gifted” and an ideal candidate to learn the obscure occult healing modality she practices called “Enceladism,” popularized by her self-help guru Pete, an Irish mystic living near Kansas City.

After Nat’s banished from his sick partner’s bedside by Adam’s bigoted mother, he relapses. Hungover and at his wit’s end, he finally surrenders to Jean’s urgings, undertaking his first Enceladic ritual in an attempt to heal Adam remotely.  Nat barely survives the ceremony, collapsing into seizures at Jean’s basement altar.

Meanwhile, Adam is made violently ill by what he believes is the power of God working to heal him. Jean implores Pete to come and help her and Nat kill Adam’s cancer. Pete arrives, and together the three embark upon a surreal and violent trip into a world of stoned-out basement magick.