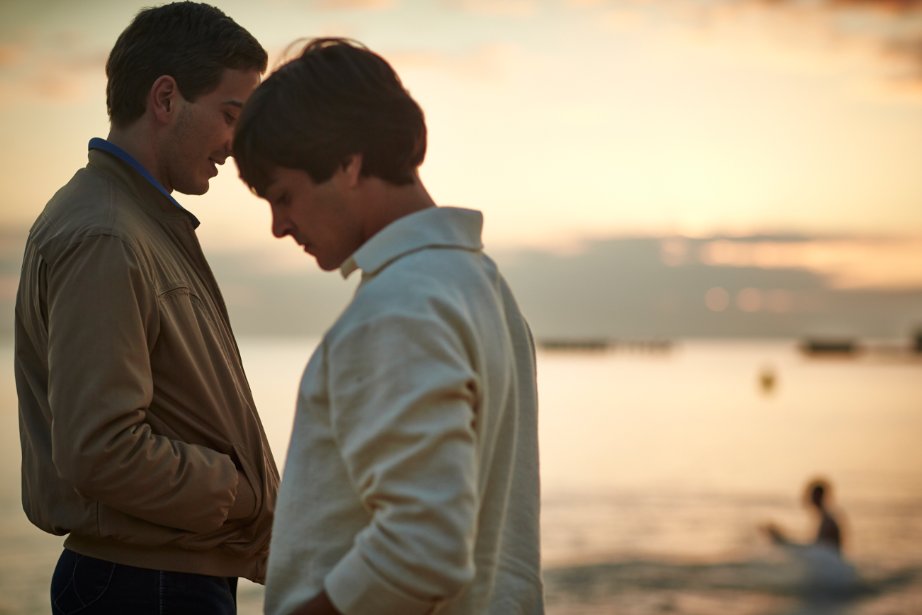 ‘Not everything has to be political. There will be other battles and they will need educated people to fight them.’ The fierce and foreboding words of Paul Goddard’s concerned yet considered Father Woods, as he is confronted by the adulation and romance that anchors this true story. Based on the acclaimed 1995 memoir written by Timothy Conigrave, the deep love and affection that spilled onto every page of ‘Holding The Man’ which initially and successfully translated onto the stage, is now given the big-screen treatment by Neil Armfield (Candy) as he looks to broaden the work’s rich thematic scope.

Establishing the protagonists’ polarising interests in an effective cross-cutting opener, as we become well-versed in the pressures of being at an all-boys school in the heart of 1970’s Melbourne, we are immediately introduced to Ryan Corr’s Timothy Conigrave and Craig Stott’s John Caleo.

Conigrave the aspiring and ambitious actor who struggles to emotionally connect with the chosen material, as his ‘can you make it any sadder?’ teacher berates and his peers taunt him. Whilst Caleo displays tenacity as he looks to thrive and captain in the sporting arena, oblivious to the reality that he has an admiring fan on the sidelines.

An unfortunate injury for John leading to an unconventional meet-cute between the two, the polite and proper nature in which they introduce each other to their social circles and strict parents (Kerry Fox/Guy Pearce Timothy’s and Anthony LaPaglia/Camilla Ah Kin John’s respectively) proves a delightful disguise, as the sexual tension simmers and the fondness for each other eventually overwhelms. Rejected by family. Oppressed by religion. Over the course of a turbulent fifteen years, their relationship endured…

Boasting subject matters at its core that could so easily slip into exploitation and misjudged melodramatics, Tommy Murphy’s wonderfully crafted script intertwined with Armfield’s beautifully observed direction deftly subverts this in poignant style.

Posing questions about medical negligence and the harsh ramifications, the pressure of remaining in a monogamous relationship within the gay community with temptation both a tantalising and terrifying prospect for Tim and John as the height of the AIDS crisis in the 1980’s encompasses the plot, the underlying sadness and sensitivity of its narrative possesses a masterful power that is both heart-breaking and heart-swelling.

Yet in the face of such drama and despair as the lack of understanding and education during this period becomes frighteningly apparent, ‘Holding The Man’ refuses to drown itself in sentiment or sympathy, almost proud in its defiant dealing of our central characters’ fate as discrimination threatens to reign supreme.

The initial disapproval of the relationship is expertly channeled through the film’s parental figures. The growing tolerance of Guy Pearce and Kerry Fox’s Dick and Mary is a fitting juxtaposition for Anthony Lapaglia’s sternly played Bob Caleo, displaying a compelling intensity as his emotional introvert struggles to cope with the magnitude of John’s attraction to Tim.

But the film inevitably belongs to Ryan Corr and Craig Stott. Their collective depiction of Tim and John’s hardships and the strength gained through them is stunning in its subtlety, as their more impassioned and painfully honest exchanges leap impressively between feverish and fragile.

As the argument over legalisation of same-sex marriage continues to rage particularly in Australia, may this be considered as an important and unfortunate reminder of its outdated perception and representation of the LGBT community.

As delicate as it is devastating. As tender as it is tremendous. Pitched as ‘A Love Story For Everyone’. ‘Holding The Man’ should be seen by everyone.

A Hologram for the King