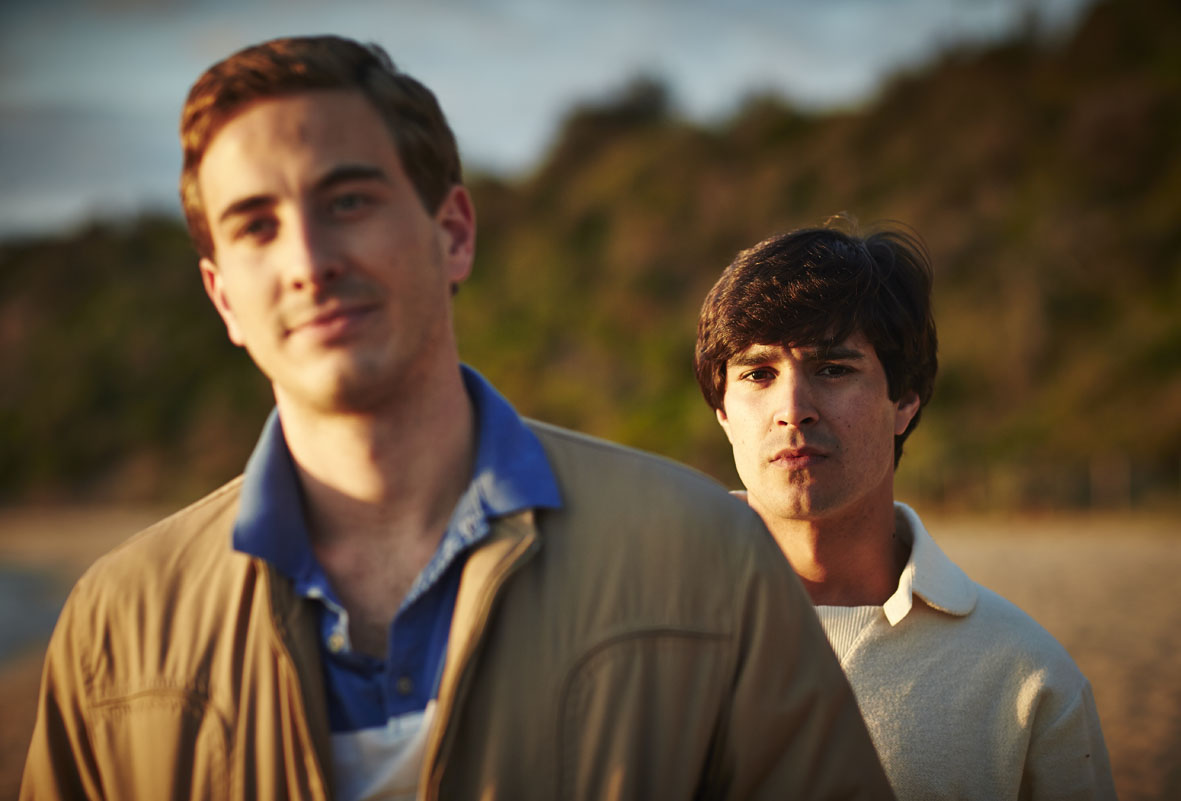 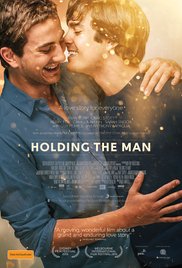 Cast your mind back to the mid-80s, when the world became aware of AIDS.  There’d been deaths among the San Francisco gay community and in the UK we had those doom laden TV commercials.  Designed to inflict the maximum amount of fear, they came with a built-in stigma.  But what about the rest of the world?  What about Australia, home of the ‘mate’?

Which is exactly where “Holding The Man” is set, a country that doesn’t immediately come to mind when you think about gay culture or the 80s epidemic.  So it gives us a different angle on a piece of social history that we think we already know.

This is director Neil Armfield’s adaptation of Timothy Conigrave’s book of the same name, about his 15 year relationship with John Caleo.  After meeting at school in their teens, they stayed together until the early 90s, surviving separation while Tim (Ryan Corr) went to drama school, the occasional temptation along the way and the opposition of John’s (Craig Stott) parents.  And their devotion becomes even stronger when they are both diagnosed as HIV positive.

Essentially a personal story, it’s set against the sweeping background of social change, at a time when legal and social attitudes towards the gay community started to show the first signs of shifting, but when AIDS first appeared and was viewed as a death sentence.  And it’s the personal side of things that really hits you between the eyes.

Both boys are from conventional, middle class families and attend a Catholic school.  John’s family are devout Catholics and he’s the more reserved of the two, taking his time over the relationship.  He’s also more conscious of pressure from school and his family, especially his father (Anthony LaPaglia) who never comes to terms with the relationship.  Tim’s parents (Guy Pearce and Kerry Fox) are more tolerant and eventually more accepting.  And, if there’s an award for a Best Supporting Put-Up Bed, it has to go to the one in the Conigrave household, where it’s used by John on his visits: later it moves to the hospital, where it’s occupied by Tim on overnight stays.

This is a film that sneaks up on you – and how.  You know in your heart of hearts how things are going to end, whether you’ve read the book or not, but the first two thirds of the film are filled with charm, laughter and warmth, regardless of the struggles faced by the couple.  And they’re very appealing: showy, aspiring actor Tim, who discovers that he’s never going to set the acting world alight, and the quieter, more grounded John with those lush eyelashes and thick, dark hair.  They draw you into their world, you get to know them, you laugh with them – and out of nowhere comes the hammer blow.

Knowing about their diagnosis doesn’t lessen the shock.  It’s because you’re hoping against hope that maybe there’s a treatment that will mean they can stay together.  But this is the late 80s and early 90s and today’s medication was a long way in the distance.

The performances are excellent, especially Ryan Corr as the irrepressible Tim, who loves to challenge attitudes.  But it’s Anthony LaPaglia who really stands out in the plum role of John’s dad, a man who dearly loves his son but finds it impossible to understand, let alone tolerate, his lifestyle.  His only way of coping with his son being in hospital is to quibble with Tim over the items John plans to leave his will.  You instinctively despise the man for being so intransigent, but you also find a twinge of sympathy for him.  As he says to Tim, everybody “knows” about him and John.  They may know, but that doesn’t mean they understand.  He most certainly doesn’t.   He can’t.  And he knows it.

Comparisons with “Brokeback Mountain” are inevitable and a touch too easy.  Yes, there are parallels but real similarities between Jack and Ennis and Tim and John are few, especially when it comes to social attitudes.  The ending is devastating.  Especially because it’s true.  And tissues are compulsory.