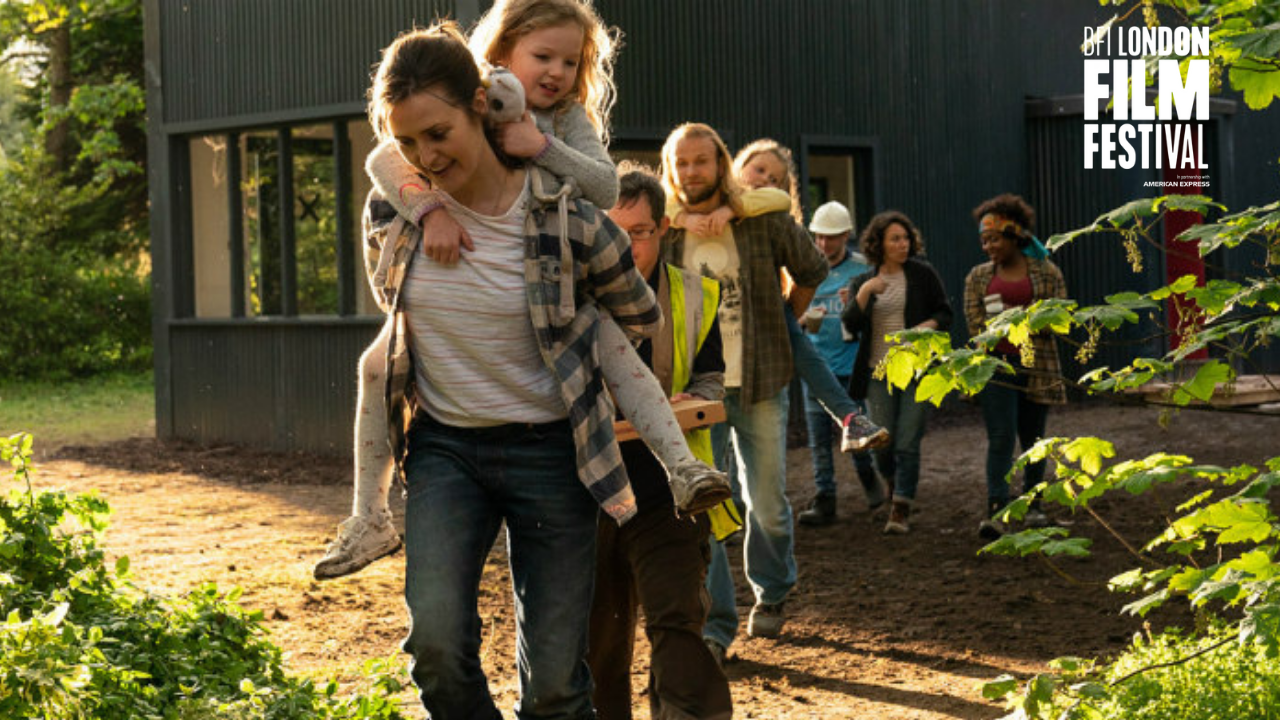 Digging for sympathy within the soul of a controversial Conservative leader in Margaret Thatcher, through The Iron Lady? A tough sell. Armed with the instantly recognisable sounds of Swedish pop royalty in ABBA via jukebox musical Mamma Mia? You’d think audiences would have been on the Thatchers with the euphoric feelings it stirred up back in the Summer of 2008. And that’s just this Dancing Queen. Five times guys. Five times. Now in 2020. Director Phyllida Lloyd provides us with this triumphant tale rooted in an unflinching sense of community, which will make your heart sing and will on the tower of strength that is Clare Dunne’s leading lady.

For many people in the heart of Dublin, the housing market is a relentless gut-punch in its lack of quantity and quality. A situation in need of desperate repair is mirrored by the single plight of an anxiety-ridden Sandra (Clare Dunne). She is scrambling to find a means of escape from the physical abuse she endures inside the family home, courtesy of Ian Lloyd Anderson’s gruff talking father figure. A far cry from the sweetness and light that greets her daily in the form of daughters Emma (Ruby Rose O’Hara) and Molly (Molly McCann), who make Sandra want to swing from the Chandelier like masked singer Sia joyfully, he stamps his rotten authority quite literally on her.

The blinding ray of light to banish the clouds of her gloomy outlook may lie in the inquisitive nature of Harriet Walter’s Peggy. Her physical rehabilitation deftly intertwines with the ongoing rebuild of Sandra’s mental wellbeing. Not blessed with the luxury of internet access at home, it’s Peggy’s discovery of an in-depth ‘How To Build Your Own Home’ video that lays the foundations for a remarkable act of goodwill and an ambitious redevelopment of land. Not without a fair degree of apprehension from her daughter Grainne (Rebecca O’Mara) thanks to her dramatic decision making, Peggy is adamant that this is not misplaced loyalty initially won by Sandra’s mother years before.

When dealing with a difficult subject like domestic abuse, cinematically it can so easily be heavy-handed and mired in its deep despair. Whilst there are some questionable music choices along the way, that immediately made me jump to spirited supermarket advert rather than effectively hammering home this film’s grounded themes.

Phyllida Lloyd is skilful in her retaliation against such tropes to showcase the inner hope that lurks underneath its bruised social realism exterior, whilst representing a firm challenge to the systems skewered against working-class women that once seemed impenetrable. Epitomised by a poignant and defiant tug of war inside the courts as Sandra challenges the favourable line of questioning in a bid to retain custody of her daughters. In a fractured world where deep cynicism had wrongly won out long before Lady ‘Rona struck, Herself also is a timely reminder of the sheer kindness and support that can indeed be found in strangers, even in the most wretched of times.

With Lloyd opting for a fast cutting approach to Sandra’s trauma as not to feel exploitative when it abruptly moves to the forefront of her mind. It enables the film to harness its focus on Sandra’s recovery rather than past struggles and draws out a staggering performance from Clare Dunne who also co-wrote the assured script here. Positioned as a woman who is undoubtedly still mourning the stable relationship she once had and yet refuses to make further losses in her life. The outward challenge of building a house full of love compliments the personal need to give her own human interior a fresh and hopeful coat of paint, with the door emphatically flung open by her new support system. Such support superbly led by an empowering turn from Harriet Walter as Peggy. Her vast experience as a headstrong doctor proves the perfect candidate to fast-track Sandra’s ability to heal.

It may make you weep. But it never feels cheap. Phyllida Lloyd’s Herself is a resilient, selfless beauty that deserves to find many a happy home.