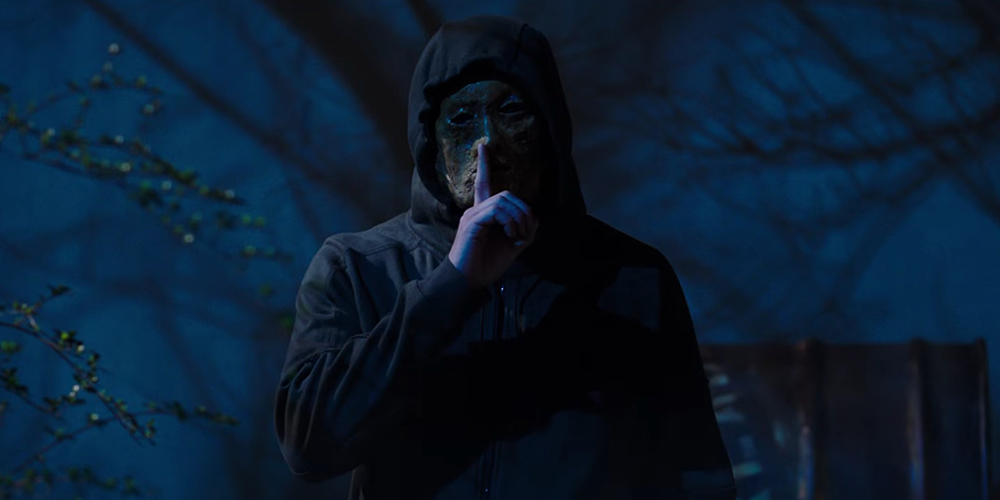 In the pantheon of cinema, the slasher movie sits alongside only really Die Hard and the western as being unfathomably easy to retrofit for any occasion with “…but with this unique location instead!” Hell Fest is a textbook case of this. It has no ambition beyond merely being a slasher movie set within a specific gimmick-driven environment, no desire to offer up anything more than stock Hollywood teens being violently murdered one at a time, and is under no illusion about whether or not you’ve ever seen this movie before or even care. What it is concerned with, though, is fun. And it has that in spades.

It’s literally nothing more than “the slasher movie at an adult horror theme park”. A concept, it turns out, that you can make a fair amount of mischief with, as our group of six abhorrently gorgeous twenty-eight year-old teenagers find themselves fixated upon by a sinister figure in a wooden mask and brandishing a kitchen knife. This being the eponymous theme park, naturally there are a multitude of places for our teens to hide, but, as is par for the course in Hell Fest, where you hide could just as easily be the very means by which our masked murderer will gut you. Fun!

Though none of the cast leap out as being particularly noteworthy (Arrow’s Bex Taylor-Klaus and MacGyver’s Reign Edwards are arguably the biggest geek pulls here), each serviceably handles their limited place within the story. Amy Forsyth’s a perfectly fine Final Girl, not memorable, but likeable enough, and the rest of the cast conduct themselves to more or less the same standard. Blumhouse alum Gregory Plotkin shifts to the big chair for this one, proving he’s got pretty lively chops for a good ol’ down n’ dirty slasher flick, and Seth Sherwood and Blair Butler’s script knows just how to play with the mechanics of the formula that everyone involved can unashamedly enjoy themselves without the overwhelming need to reinvent the genre wheel.

By virtue of being set within a merchandised horror world, Hell Fest has great fun in exploiting that set up for some wonderfully cheap scares, making for an enjoyable and OTT bloody night at the pictures that will never challenge, but certainly entertain. There’s no mythology to this, no franchise being built before us, and there’s even a genre icon making an almost obligatory appearance to sanctify it all. Sure, you won’t lose your head with Hell Fest, but you will whoop and cheer. It’s just a shame it had to arrive three weeks after Halloween.