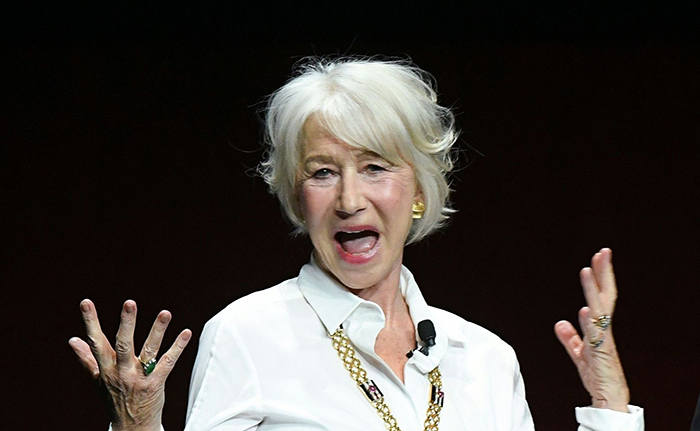 Beloved actress and national treasure Dame Helen Mirren (Caligula), has waded into the debate between theatres and streaming services with her usual tact and decorum, on stage at CinemaCon in Las Vegas – shouting “I love Netflix, but f**k Netflix!”

“There is nothing,” she continued, “Like sitting in the cinema.”

Mirren’s comments come amidst rising tensions between cinema chains and traditionally-minded filmmakers (most notably Steven Spielberg), and streaming services, spurred by the ‘injustice’ of a ‘TV movie’ such as Alfonso Cuarón’s Roma coming so close to winning Best Picture – and picking up a handful of other Oscars in the process.

Dame Helen Mirren can next be seen opposite Sir Ian McKellan, in Bill Condon’s adaptation of Nicholas Searle’s novel The Good Liar – about a career con artist meeting a well-off widow online, and forming a relationship with her with the idea of running off with a portion of her fortune. The plan is complicated, however, when he unexpectedly falls for her. The feature is due out on the 14th of November, this year.