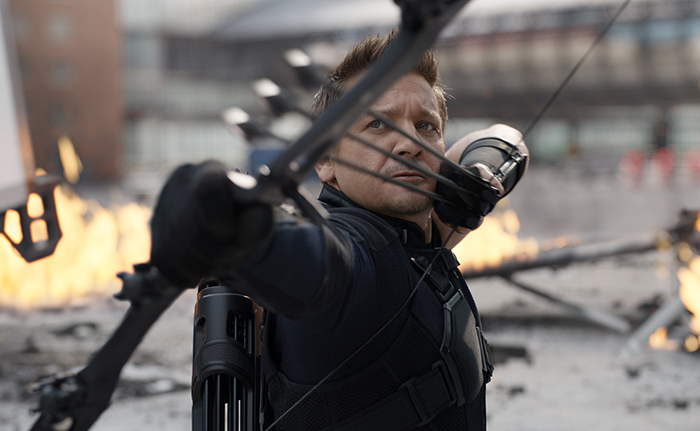 A miniseries focused on actor Jeremy Renner’s bow-and-arrow-wielding Avenger Hawkeye is reportedly in the works, and will serve as the character’s swansong, as he passes the mantle on to a new archer.

The show, which will air exclusively on the forthcoming streaming service Disney+ and is expected to be based upon the critically-acclaimed and award winning comic book series Hawkeye by Matt Fraction and Alex Aja, will follow Clint Barton (Renner) as he finds a new protégé in the teenage hero Kate Bishop.

Kate Bishop, a fan favourite character from Marvel comic books, is a sarcastic, stubborn, and blunt young archer who ironically acts as the ‘adult’ one of the two archers to share the ‘Hawkeye’ name. Introduced in 2005, following the House of M comics event which saw the original Hawkeye seemingly-killed (it was later revealed to be an alien clone of Clint Barton who died, whilst the real was kept in stasis in a spaceship – just… don’t), Bishop was a founding member of the teen crimefighting squad, the Young Avengers.

The Hawkeye series is now the fourth live-action show set in the Marvel Cinematic Universe to be announced for Disney+, following the Tom Hiddleston-centred Loki, the Paul Bettany/Elizabeth Olsen Vision & Scarlet Witch, and the Anthony Mackie/Sebastian Stan Falcon & The Winter Soldier.

Clint Barton (Jeremy Renner) can next be seen in Avengers: Endgame, fighting under the mantle of Ronin, due out on the 25th of April.