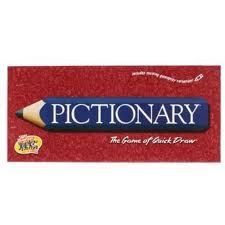 Following on from the expected smash success of board game-based action epic Battleship, Hasbro has given the green light for another of its classics to hit the big screen. Pictionary will begin production this fall with the legendary Uwe Boll to helm the directorial duties.

Hasbro Studios has promised to be faithful to fans of the original game with production supervisor Lorenzo di Bonaventura claiming.

“We aim to produce a quality product that will both attract new fans to our world and keep previous ones thoroughly intoxicated with a faithful and entertaining final piece. After his previous successes, we feel Uwe is the man to really bring this out.”

Sources indicate the film, expected to be live-action, will be based around the WPC, or World Pictionary Championship final and concentrate solely on the strategy, energy and effort that goes into winning such an event.

Rumours suggest Russell Crowe has been linked with a lead role in the film, noting his enthusiasm and easy-going personality would suit the attitudes needed for the game.

Butler To Silence The Motor City?

The Godfather 4 Announced! Lucas to Write and Direct